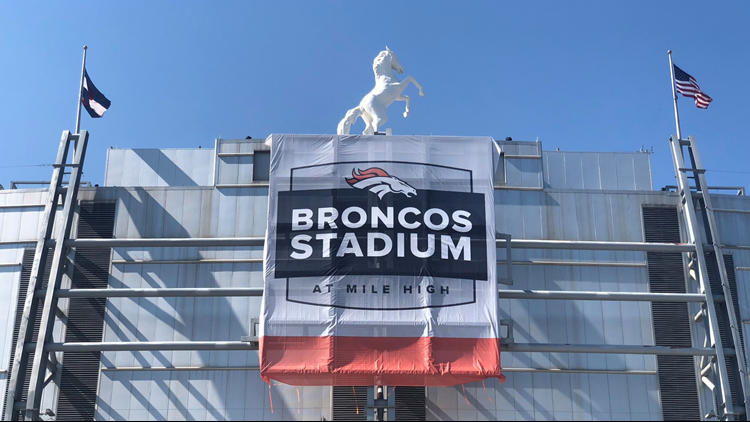 You knew about the Broncos' Hall of Fame Game against the Atlanta Falcons in Canton, Ohio on August 1. That's the bonus game on the Broncos' five-game preseason schedule. Thank Broncos owner Pat Bowlen and cornerback Champ Bailey for that. They will be inducted into the Pro Football Hall of Fame that same weekend in Canton.

All five preseason games will be broadcast on the networks of 9NEWS/Channel 20. Here's a closer look at the Broncos' preseason schedule:

With a 90-player roster, Broncos' starters are not expected to play in the Hall of Fame game that will be telivised on 9News. But Fangio and general manager John Elway will get a good look at their backups. By season's end, some of those backups may become starters.

The Broncos are making their fourth all-time appearance in the Hall of Fame Game and first since 2004.

The Broncos will take a long look at their starters against Sean McVay, Aqib Talib and the rest of Stan Kroenke's team. If Broncos receiver Emmanuel Sanders and left guard Ron Leary do play in a preseason game as they return from their Achilles surgeries, it would be in this one.

The traditional final preseason game against the Cardinals. Again, the starters probably won't play, but two or three players will get a final chance at making the roster -- as special teams-linebacker Joe Jones and tight end Matt LaCosse did in the final preseason game last year.

RELATED: Broncos to play Falcons in 2019 Hall of Fame Game