But the Denver Broncos also believes it can win, anyway. 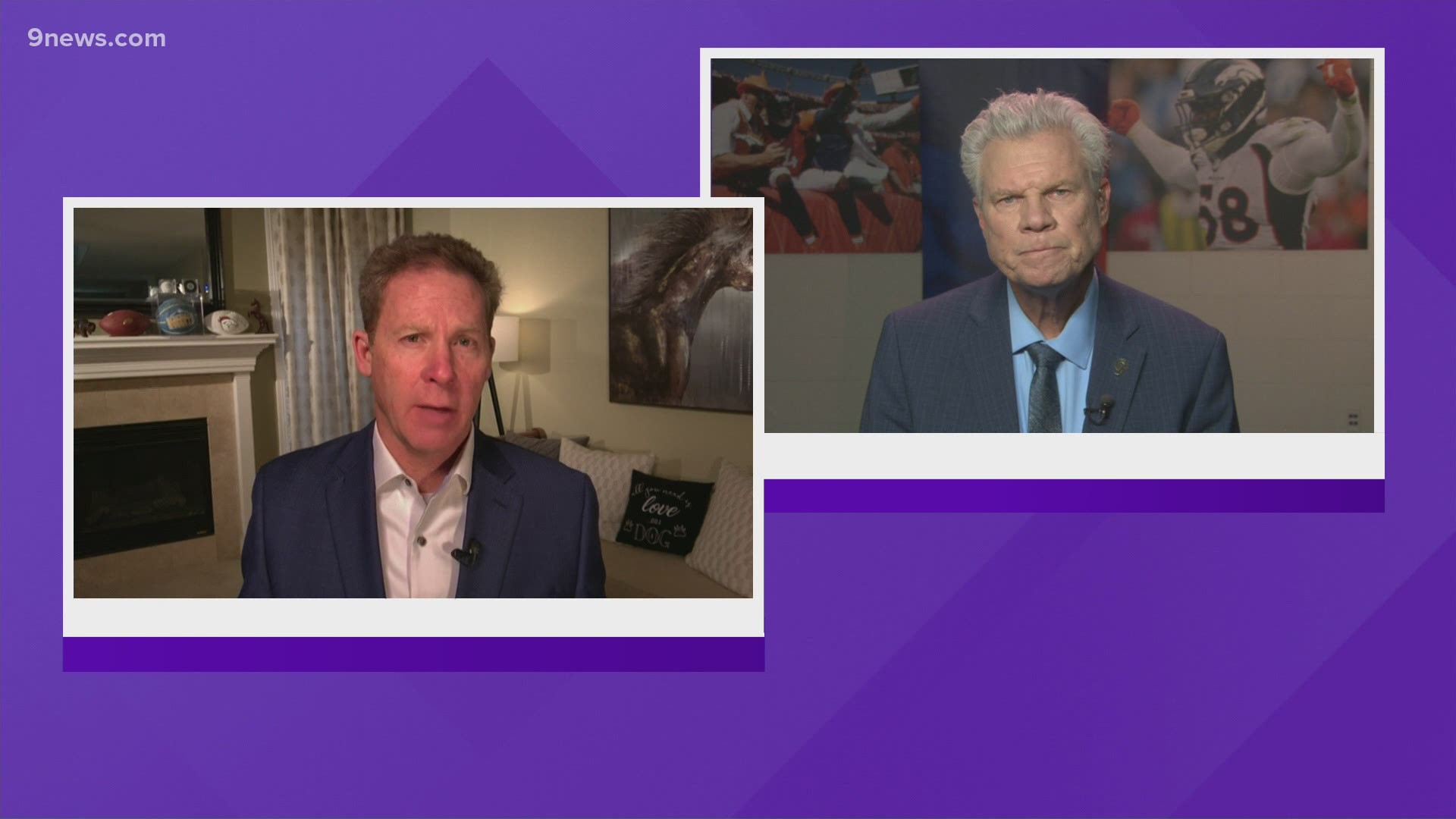 ENGLEWOOD, Colo. — The reaction was what anyone would expect.

To a man the Broncos were bummed about the Von Miller season-ending injury.

It doesn’t mean they can’t win without him, great as he is. It just means they are bummed for him. And maybe, deep down, they won’t be quite as good without him.

“Hey, just my own personal feelings, I was sad when it happened,’’ said Broncos head coach Vic Fangio by Zoom media call Wednesday.

Fangio then spoke to how determined Miller – who may already have enough credentials to get elected into the Pro Football Hall of Fame – was this offseason to have one of his better years.

Miller bulked up with 4 to 5 extra pounds of muscle. He dominated at times during training camp. His conditioning was never better.

“So I’m sad he’s not going to get the season that he worked for because it would have been fun to watch,’’ Fangio said.

Miller suffered what 9NEWS has learned is a dislocated tendon injury in the ankle area near the end of the Broncos’ first practice of the regular season Tuesday. He will have surgery and his length of recovery is expected to outlast the season. He has 106.0 career sacks and a Super Bowl MVP award.

“What would Kobe do”? That’s exactly what I’m going to do. pic.twitter.com/AkKhYakUqH

“Losing Von is -- it’s tough, it’s difficult,’’ said safety Justin Simmons. “I think the thing that hits home the most is how much he prepped for this year. And how much hard work he put into it. Being out there with him during camp and leading up to the first game, you could just tell that he took another – at least since I’ve been here with him – I could just see there was a difference in his approach, his demeanor to this season.

“On the field, off the field, that was the thing I was the most hurt for him was we won’t be able to see how great he was going to be this year.’’

Drew Lock, the Broncos’ quarterback, echoed those sentiments in that what made Miller’s setback so difficult was how much he wanted this to be a special season.

“It’s a punch in the gut for everybody,’’ Lock said. “Knowing how good of a teammate he is, and how good of a leader he is to the team. Personally, I talked to him a lot in the offseason.

“He was gunning, he was ready to go. He was extremely excited, a renewed focus from Von. It definitely hurts our team but … life goes on. He’s going to work to get back on the field as hard as possible and we’re going to work to win games.”

Fangio thinks the Broncos can still win, citing the loss of Bradley Chubb, the team’s other standout outside linebacker last year.

“As it relates to our team, yeah, we’re disappointed,’’ Fangio said. “Anytime you lose anybody you’re disappointed. But we will move on. And we will make it work. We lost Bradley Chubb last year. An equal player at the same position and we played our best football after that. That’s not because we didn’t have Bradley. We just kept evolving as a team and we compensated for it. We have a better team this year overall. So I expected us to still be a good team without Von.”

Malik Reed and Jeremiah Attaochu will replace Miller at his left pass-rush linebacker spot. If the Broncos go outside to sign a veteran free agent they would not do so until week 1 so as to not fully guarantee that player’s salary.

RELATED: Source: Von Miller is out for season with injury near ankle