KUSA – During these times of expanded rosters, it’s difficult to get work for 13 receivers and six tight ends without having four quarterbacks.

Just in time for the start of Organized Team Activities (OTAs) next week, the Broncos solved their numbers problem by signing undrafted rookie Nick Stevens to become their No. 4 quarterback behind Case Keenum, Paxton Lynch and Chad Kelly.

Local football fans are familiar with Stevens as he was a three-year starter for the Colorado State Rams. He finished as the school’s all-time leader with 70 touchdown passes and his 8,554 passing yards were second to Garrett Grayson.

It was a surprise that Stevens wasn’t among the 13 quarterbacks selected in the recent NFL Draft. He was to have rookie minicamp tryouts with the Green Bay Packers and Washington before signing with the Broncos. 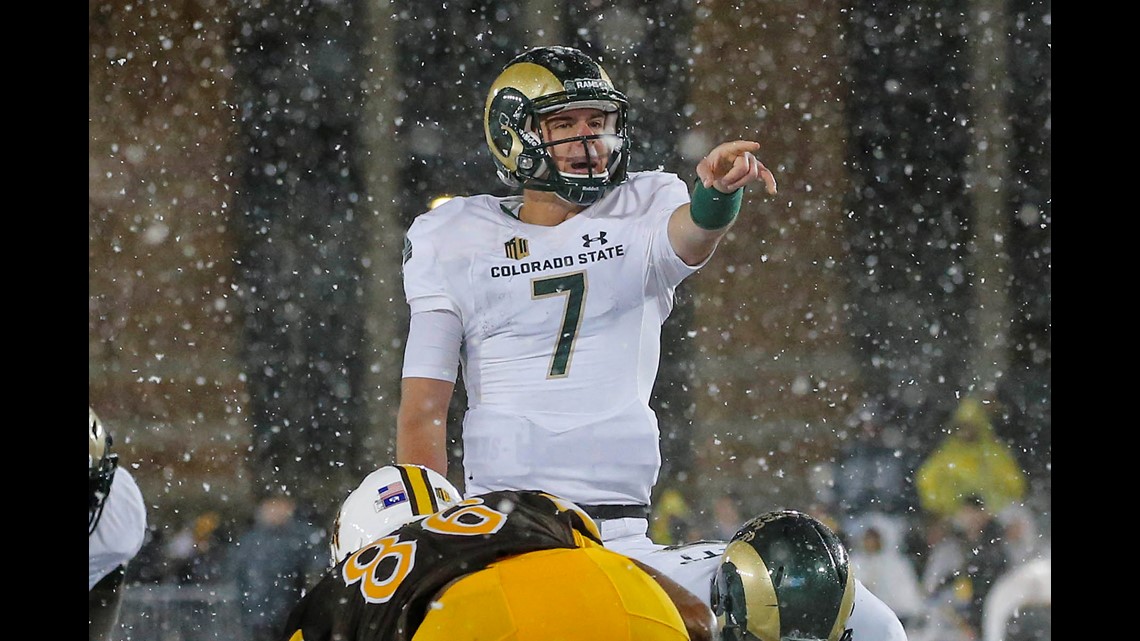 Stevens had been working with former Rams and NFL coach Steve Fairchild during the offseason. The Broncos’ No. 4 quarterbacks get their shot. Last year, the team signed Northern Colorado’s Kyle Sloter as a camp arm and he wound up becoming the star of the Broncos’ preseason. Sloter is now on the Minnesota Vikings’ roster.