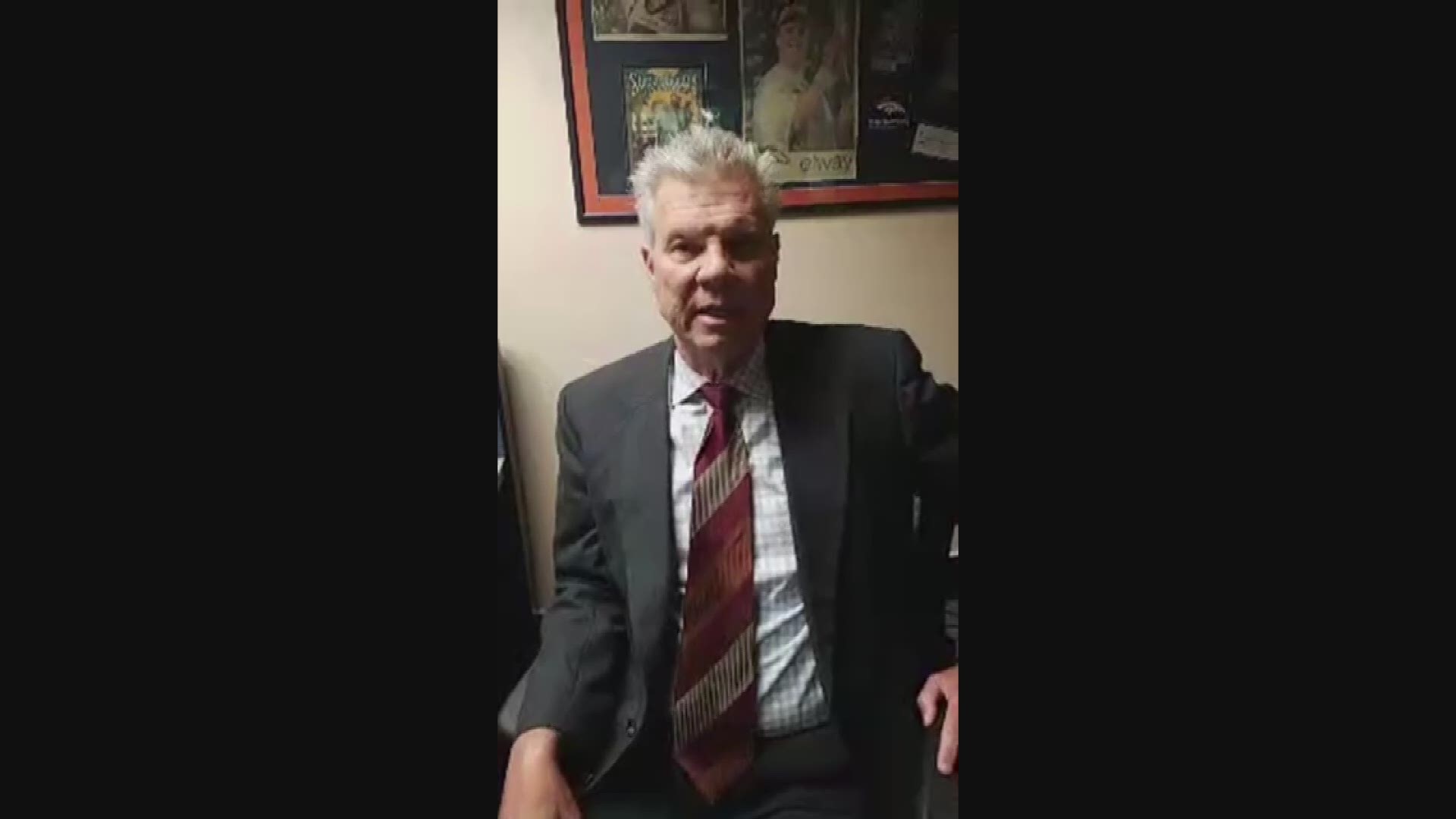 DENVER - The Denver Broncos released a statement Wednesday about the recent revelation that Annabel Bowlen, the wife of team owner John Bowlen, has Alzheimer's disease.

RELATED | Annabel Bowlen, wife of Broncos owner, announces she too has Alzheimer’s

Our hearts go out to Annabel and the entire Bowlen family. She's been a wonderful ambassador and advocate for the Broncos over the years, especially in recent seasons as Pat has focused on his own battle with Alzheimer's disease.

All of us at the Broncos are behind Annabel and know she'll face this challenge with courage and determination.

Our support extends not only to Annabel and Pat, but also to their children. While having both parents diagnosed with Alzheimer's is daunting, they’ve already demonstrated such strength and compassion in their roles as caregivers.

We commend Annabel for her brave public announcement and look forward to increasing our involvement in the Alzheimer’s community.”

We are fully supportive of our mother and will face her Alzheimer’s diagnosis together as a family. During the last few years, all of us have been inspired by the strength and courage our mother has shown as she’s supported our father in his own battle with Alzheimer’s disease. We’re confident that she will bring the same grace, compassion and determination to her fight.

In addition to being a loving mother, she has always found ways to positively impact our community. By publicly announcing her illness, we are reminded again of our mother’s commitment to raising awareness and empowering those living with Alzheimer’s disease.

We’ll continue to support our parents, stay strong as a family and do our part to raise awareness for everyone affected by Alzheimer’s disease.

My heart is just broken, for not only my brothers and sisters, but I also feel great sadness for everyone who has been touched by this terrible disease.

My family's announcement has caused me to reflect on how so many other families just like mine are suffering.

My father, Pat, was diagnosed very early, at age 61 in 2006. And now, for Annabel, who is only 66-years-old, to also be diagnosed at a relatively early age, it causes me to reflect on how much damage this disease is doing to people who still have so much to give to family and society. This disease is hitting so many people, it's too much heartbreak and loss.

This potentially impacts all of us directly. As I have said so many times, we need a team approach to defeat Alzheimer’s. We need to gather ourselves up and do this together. When the Broncos win or lose, we win or lose with them. That's who we are in Colorado. We need to tackle Alzheimer's as a family, and win at all costs.

We are just now beginning to find some promising treatments and drugs that offer a cure. We need to take Annabel's announcement and use it to rally against this tragedy of a disease.

I recently learned that I've joined my husband Pat and the millions of others who have been diagnosed with Alzheimer's disease.

Since Pat's diagnosis, I have gained a vivid understanding of this disease’s progression and its effect on those living with it as well as their families. My family and I have been—and will remain—dedicated supporters of Alzheimer's awareness, treatment and research funding.

I decided to make my diagnosis public right away in the hope that it continues to raise awareness for those battling Alzheimer's and their loved ones. With June also being Alzheimer's & Brain Awareness Month, the timing was right for me to share this personal update with everyone.

I feel that it is important for people to know that those in my situation do not need to completely withdraw from their daily activities. Based on my own experience with Pat, there will still be many joyous and rewarding moments for me as well as my family and friends.

I intend to proceed in life with the same strength, courage and endurance that Pat has shown in his battle with this disease. Like Pat, I know there will be good days and bad days ahead. I'm grateful to have the support of my family and especially my children—Patrick, Johnny, Brittany, Annabel and Christianna.

It's my hope to remain involved in various Alzheimer's events as my health allows. And of course, I'll be cheering on our Broncos. Most importantly, thank you to all of our incredible fans for the compassion and support you've given to me, Pat and our entire family.

PHOTOS | Annabel Bowlen Through the Years

1 / 13
Chris Humphreys
Annabel Bowlen speaks at a ceremony inducting Pat Bowlen into the Broncos Ring of Fame during halftime between the Denver Broncos and the Green Bay Packers. Credit: Chris Humphreys-USA TODAY Sports