The Cleveland Browns announced on Wednesday that quarterback Case Keenum will start vs. the Denver Broncos on Thursday. 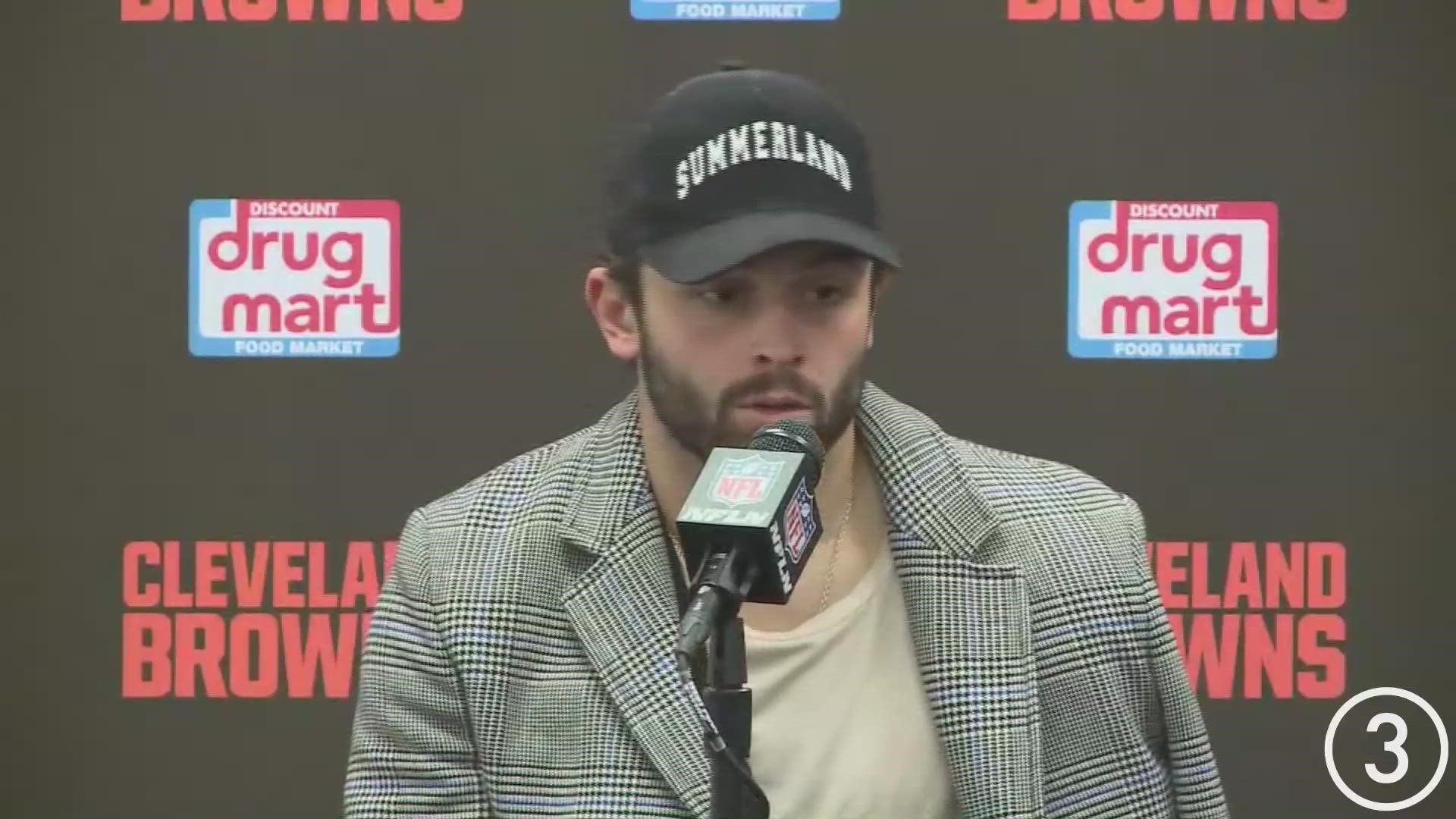 CLEVELAND — The Cleveland Browns announced on Wednesday that quarterback Case Keenum will start vs. the Denver Broncos on Thursday as starter Baker Mayfield recovers from a shoulder injury.

Mayfield initially suffered a completely torn labrum in his left shoulder during the Browns' Week 2 win vs. the Houston Texans. While the No. 1 pick of the 2018 NFL Draft continued to play through the injury without missing a snap, he reaggravated it while taking a sack from defensive end J.J. Watt in the third quarter Cleveland's 37-14 loss to the Arizona Cardinals on Sunday.

While Mayfield ultimately finished the game without missing an offensive play, he later revealed that he had re-dislocated his left shoulder on the play, in which he also fumbled. The 26-year-old signal-caller also said that his shoulder later slipped out of place on a non-contact play in the same game.

Speaking to reporters on Tuesday, Mayfield said that he was unsure of whether he would undergo surgery at some point to repair the injury. He practiced on a limited basis on Tuesday in an effort to gauge his pain, which he said would go a long way toward determining whether he'd be available to play vs. Denver or would miss the first game of his NFL career.

"I have to make that decision, only I know how my body feels," said Mayfield, who at the time said he still expected to play. "And if anyone questions whether I'm hindering the team going out there injured, that's just not right. So it's my decision, I get to say whether I'm able to play or not and that's just how it is."

Keenum will become the first quarterback other than Mayfield to start a game for the Browns since Tyrod Taylor started vs. the New York Jets on Sept. 20, 2018. Prior to signing a three-year, $18 million contract with Cleveland ahead of the 2020 season, the 33-year-old Keenum started in 62 games over the course of his NFL career, which has included time with the Houston Texans, St. Louis/Los Angeles Rams, Minnesota Vikings, Denver Broncos and Washington Football Team.

Keenum's best season came in 2017, when he led the Vikings to an 11-3 record while playing under then-Minnesota quarterbacks coach and current Browns head coach Kevin Stefanski.