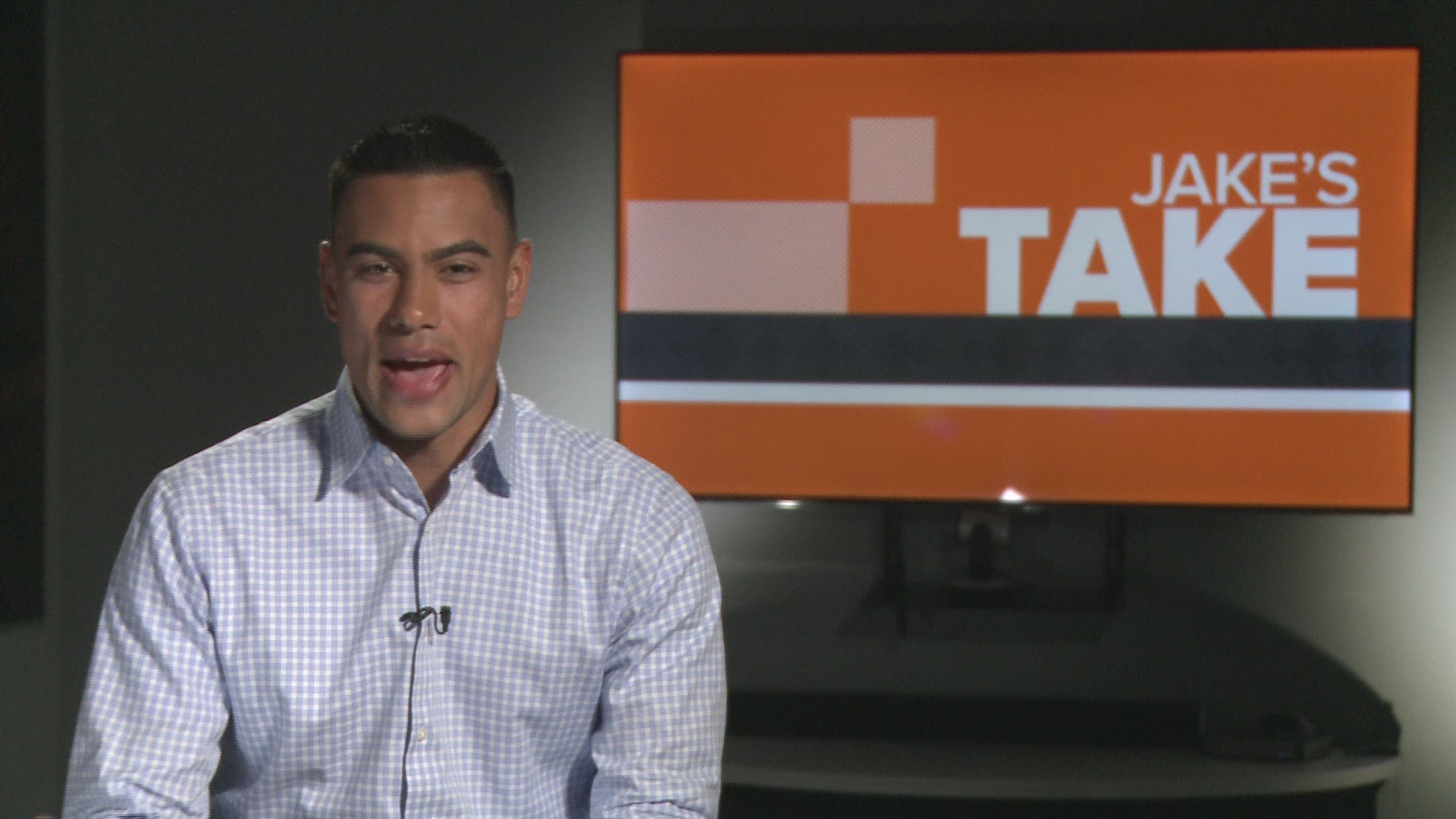 DENVER — Did you think five games in, Tim Patrick would be the leading receiver for the Denver Broncos?

Yeah, no, I admit it. Me neither. He also hasn't dropped a pass yet, if you were counting.

Patrick was an undrafted guy out of Utah in 2017 and was then subsequently cut by three different teams, including once by this very same Broncos squad, all within a five month span.

In the absence of Courtland Sutton, Patrick is now a huge part of Pat Shurmur's offense, especially the last two weeks with his back-to-back 100-yard performances.

Drew Lock has not played with Patrick much, just seven career total games together, but he says his 6-foot-4 receiver doesn't get talked about enough.

“He’s always been the guy to me: big, strong, physical guy, loves the game of football,” Lock said. “He’s not a media guy. No one’s going to freak out about him... He’s going to make a lot of plays for us and I just appreciate him being on the team and I’m excited that he’s on our team.”

Broncos Country should be assured that they have a guy that can rangle in a big play down the field, keep the offense steady and be there when the 23-year old QB gets into some trouble.

And I'm acting like Patrick is a 31-year old vet: he's not. He's 26, but you heard it from Lock right there: He carries himself as if this is this 10th NFL season. No complaining, just thankful for the opportunity.

Patrick said this after his first 100-yard outburst against the Jets three weeks ago: "I look at it like when the ball comes my way, make a play. I know I'm capable of doing it, it's just about getting the chance to do it."

I think it's safe to say Patrick has been one of Denver's three most important players up to this point.

So I ask you again: did you think Tim Patrick would be the Broncos leading receiver?

No, but to see him run with this opportunity is a promising sign and would be a significant piece to the puzzle, as Broncos fans continue to wonder, hope, and even pray that Drew Lock is the one that brings this franchise back to its winning ways.

RELATED: Andy Reid takes stock of Broncos' revised offense aimed at keeping up with his Chiefs