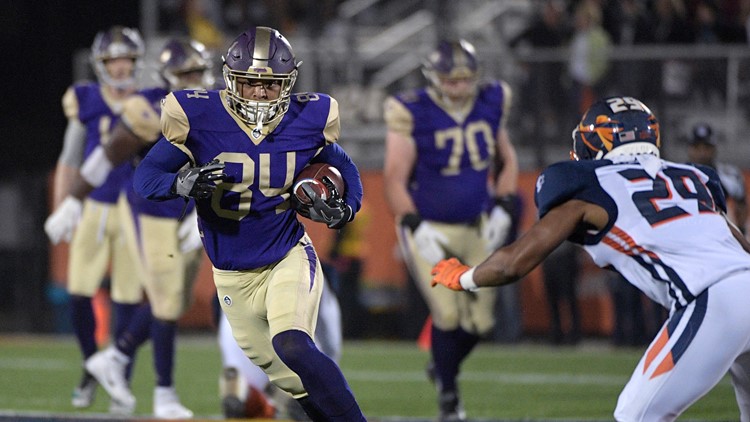 Photo by: AP
Atlanta Legends receiver Bug Howard (84) runs after catching a pass in front of Orlando Apollos defensive back Keith Reaser (29) during the first half of an AAF football game Saturday, Feb. 9, 2019, in Orlando, Fla. (AP Photo/Phelan M. Ebenhack)

Williams, a third-year player, competed with the Broncos in the preseason in 2018 and spent a week on the Broncos' practice squad.

Jacobson, Howard and Sizer are tryout players from the Broncos' rookie mini camp this past weekend.

For the next four weeks, the Broncos will hold full team practices known as organized team activities (OTAs), followed by one week of mandatory minicamp. The Broncos first set of three OTAs will be held Monday, Tuesday and Thursday of this week.

RELATED: Broncos notes: Flacco the one and only as OTAs begin Monday