Hamilton was informed Thursday he would be waived. Trade talks with another team became serious when injury occurred. James terminated as "non-football injury." 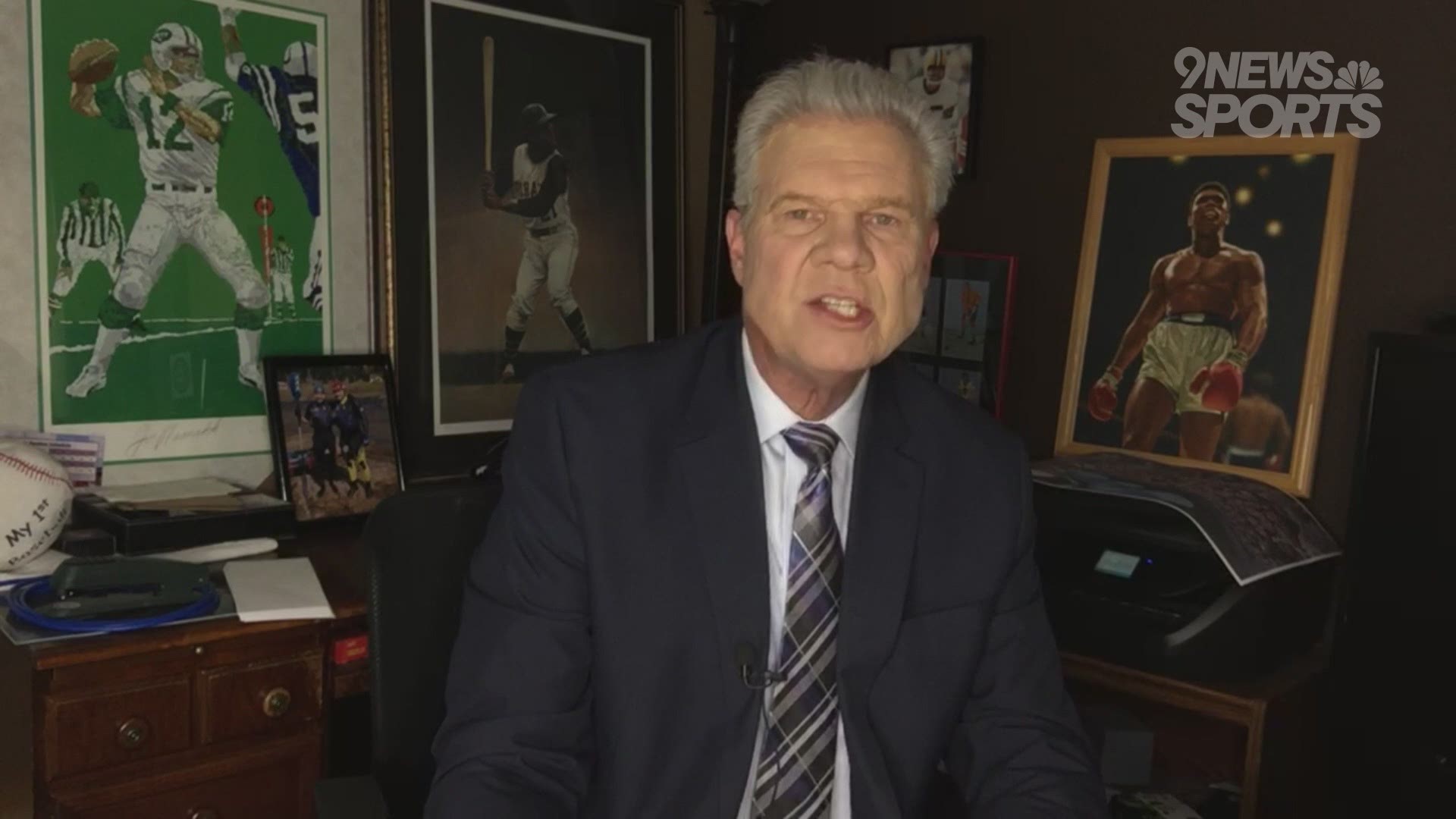 DENVER — Perhaps this NFL players' offseason boycott would have worked out better had its union made sure off-campus injury protections were in place.

The Broncos are now at the epicenter of the dark side of what could go wrong with organizing a player protest. DaeSean Hamilton, a third-year receiver who was on the verge of being traded according to multiple sources, instead suffered a torn ACL while working Friday morning away from the Broncos’ headquarters, a league source confirmed to 9News.

After James’ damaged his Achilles, the NFL sent out a memo to all 32 teams stating injuries sustained while working out somewhere other than an NFL facility “are not covered,” and “clubs have no contractual obligation to provide salary continuation during the year in which the injury” occurred.

The Broncos followed through on that NFL threat. The Broncos terminated James with a post-June 1 designation, a transaction that, according to NFL sources, automatically voids all guarantees of his contract.

A grievance will no doubt be filed. James stands to lose $10.43 million in “guaranteed” salary he had coming to him this season -- a $10.58 million salary for a 17-game season minus the $150,000 COVID-19 opt-out advance he received last year. However, because James is no longer on the team, it also appears the Broncos will not go after the $3 million pro-rated portion of his $12 million signing bonus.

Hamilton was going to make $2.2 million this year, although that salary was not guaranteed. Hamilton was informed Thursday he was either going to be waived or traded so the Broncos weren't planning on paying him, anyway.

James himself tweeted directly to the NFL players union and stated: “If your gonna advise all of us, we need you to have our backs on the other end of this.”

As of Friday evening, 9News has been unable to reach Broncos player rep Brandon McManus for comment. McManus is one of more than 40 veteran Broncos players who skipped the now completed Phase I conditioning portion at the team's UCHealth Training Center. A one-week Phase II, which includes on-field individual football drills and coaches' instruction, will begin Monday.

The more significant Phase III, which features 10 OTA practices and a three-day mandatory minicamp, runs from May 24-June 18.

The Broncos on Thursday informed Hamilton that because of the team’s burgeoning depth chart at the receiver position, they were going to place him on waivers. News of that impending move sparked trade interest from one club. According to sources, the Broncos and the unnamed team had made significant progress on the trade when word came Friday morning of Hamilton’s injury.

A fourth-round draft pick out of Penn State in 2018, Hamilton had 81 catches for 833 yards and five touchdowns in his three years with the Broncos. He became expendable because Broncos' No. 1 receiver Courtland Sutton is by all accounts recovering nicely from his season-ending ACL injury suffered in Game 2 last season, while Jerry Jeudy, KJ Hamler and Tim Patrick are all ahead of Hamilton on the depth chart.

The Broncos also have second-year receiver Tyrie Cleveland, who flashed in a limited role last year as a rookie, and sixth-round draft pick Seth Williams.