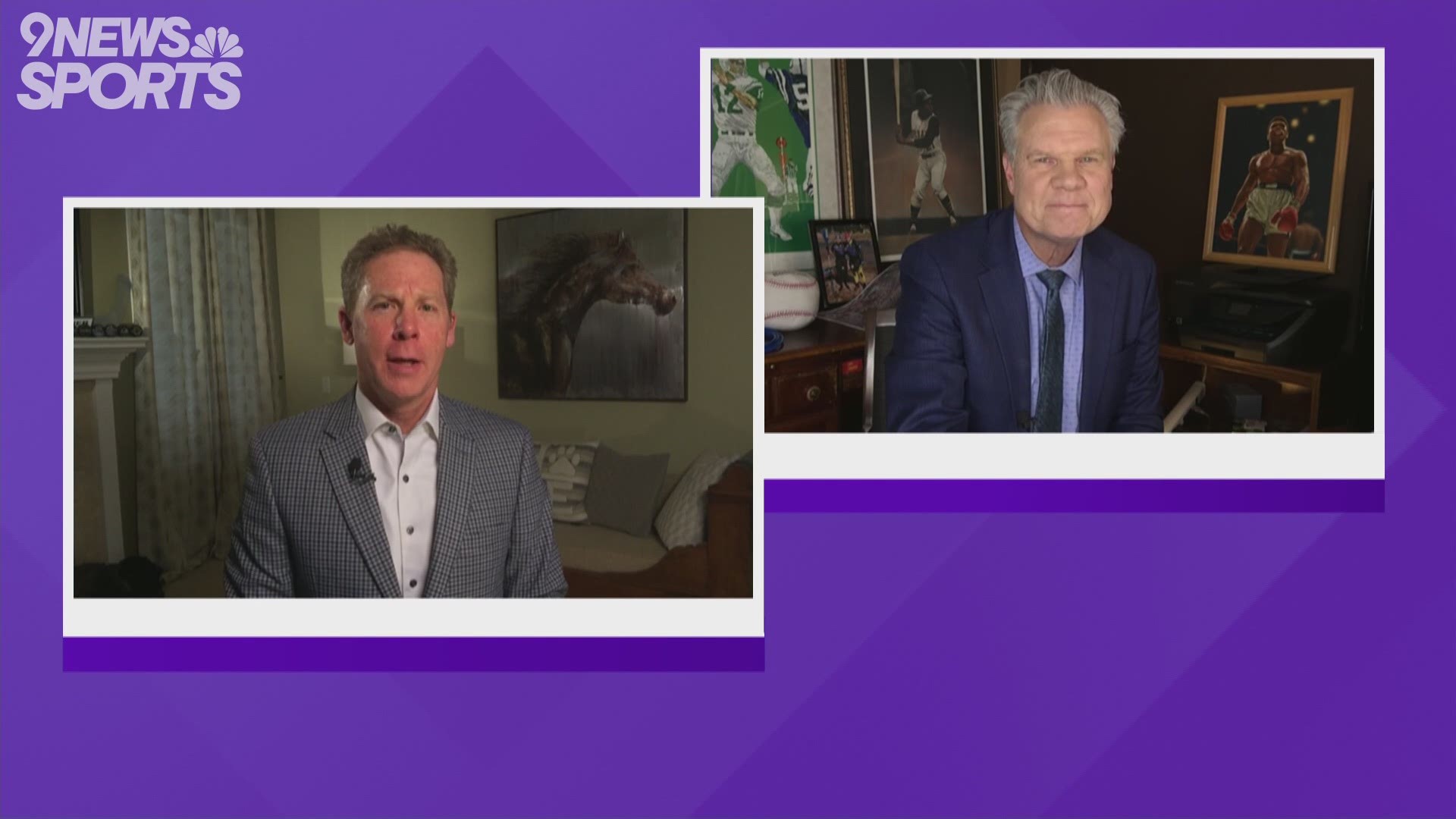 DENVER — There were two enormous difference-making aspects to the Broncos’ game against the New Orleans Saints last year -- one that drew national attention, the other overlooked.

A blinding spotlight shone on how practice squad rookie receiver Kendall Hinton was forced to play quarterback in a big-league game, to predictable disaster. Forgotten was the Saints, who also didn’t have a typical quarterback with Drew Brees hurt, rushed for a whopping 229 yards and four touchdowns off 44 carries.

Plain and simple, the Saints’ offensive line manhandled Denver’s defensive front in an embarrassing 31-3 loss for the Broncos.

The Saints’ prolific rushing attack shouldn’t have been surprising considering the Broncos’ only true run stuffer, Mike Purcell, and their other two starting defensive linemen, Shelby Harris and Jurrell Casey, didn’t play because of physical setbacks.

Through 10 games last season, the Broncos did a decent job stopping the run. Their 10-game rush defense totals: 121.5 yards per game, 4.3 yards per carry, 10 touchdowns allowed.

In their final six games, though, Denver’s defensive front struggled to hold the point of attack: 144.2  rushing yards per game, 5.6 yards per carry, 12 touchdowns.

9NEWS begins its 2021 Broncos free-agent series with a look at the team’s defensive line. With Casey already cut, Harris and DeMarcus Walker entering free agency and Purcell coming off season-ending Lisfranc surgery, Broncos’ new general manager George Paton most likely will have to sign a defensive lineman or two in free agency.

What they have: Dre’Mont Jones, a third-year, third-round pick out of Ohio State, is the Broncos’ most reliable returning defensive lineman. He is known for causing havoc in the backfield, and he had an impressive 6.5 sacks despite missing three games with a knee injury last year. His run defense also improved although it wouldn’t hurt if he continued to get stronger.

McTelvin Agim was a third-round rookie project last year who got some playing time late in the season but will have to take a quantum leap in 2021. He, too, is more inside rusher than run stopper.

Veteran journeyman DeShawn Williams, undersized but overachieving, may have played his way into a backup role.

The unknown: Purcell is key to the Broncos’ run defense. Denver needs the Highlands Ranch product to return to full strength. He’ll turn 30 in six weeks so it won’t be easy but because he’s a run stuffer and not a pass rusher, there is confidence he will be fine.

Harris for the second consecutive season is a free agent. He fell through the market cracks last year and wound re-signing a one-year, $3.5 million with the Broncos. He had another good year, although he missed five games with COVID and a knee injury.

He will test the market again on March 17. The Broncos want him back but if this time his market values him at, say, $10 million or so a year, he may be playing elsewhere.

Walker is a nice sub package 3-4 end who can rush the passer. Hard to predict his market but he could return.

Free agent to watch: The Bears’ Roy Robertson-Harris. He was one of Fangio’s pet projects in 2017-18 and figures to be affordable after missing the second half of last season with a shoulder injury.

RELATED: Copycats: The Fangio defense is spreading throughout the NFL