The Broncos' QB competition will be fair until it's called. Fangio said Lock gets game 1 because he's the returning starter. 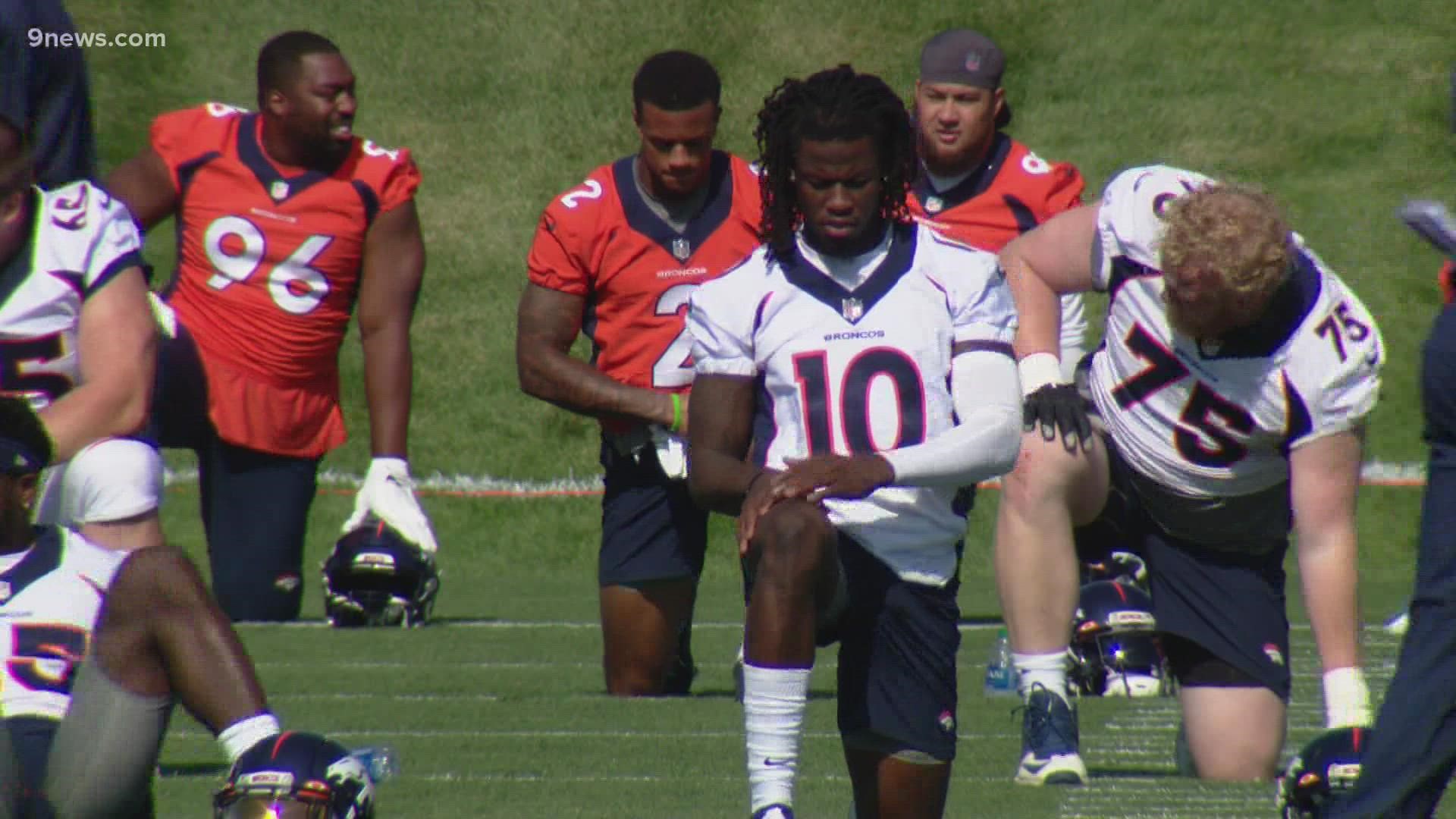 ENGLEWOOD, Colo. — When this 'Great Quarterback Competition' is finally called, the contestants won’t be able to say it wasn’t fair.

May the best QB be named the regular season starter a day or two after the preseason game at Seattle. The Broncos open their regular season Sunday, Sept. 12 against the New York Giants.

Fangio said Lock was picked to start the preseason opener for no other reason than he’s the returning starter.

“There is no grading scale,’’ Fangio said. “Ultimately, we’ve got to go by what we see. We’re keeping track of things statistically, some more detailed stats than what you guys would do.’’

As for the final third preseason game August 28 against the Los Angeles Rams at Empower Field at Mile High, the starting quarterback is to be determined. Fangio added that for the first two preseason games, Lock and Bridgewater would get considerably more playing time than No. 3 quarterback Brett Rypien.

Outside linebacker Bradley Chubb was excused from practice Tuesday because of a family matter. He will join the team in Minnesota.

Cornerback Michael Ojemudia and inside linebacker Josh Watson joined the group working out on the side because of leg injuries. Fangio thought both players would be able to participate in the joint practices Wednesday and Thursday against the Vikings in Eagan, Minn.

The Broncos held a one-hour walkthrough-type practice at UCHealth Training Center on Tuesday, then started heading off to Minnesota.

RELATED: Peyton dishes on pranks, how he chose Denver during HOF roundtable chat