Ellis: Broncos to begin transition to new owner after this season

Options include a new owner if the team is sold, or Brittany Bowlen if it stays in the family. 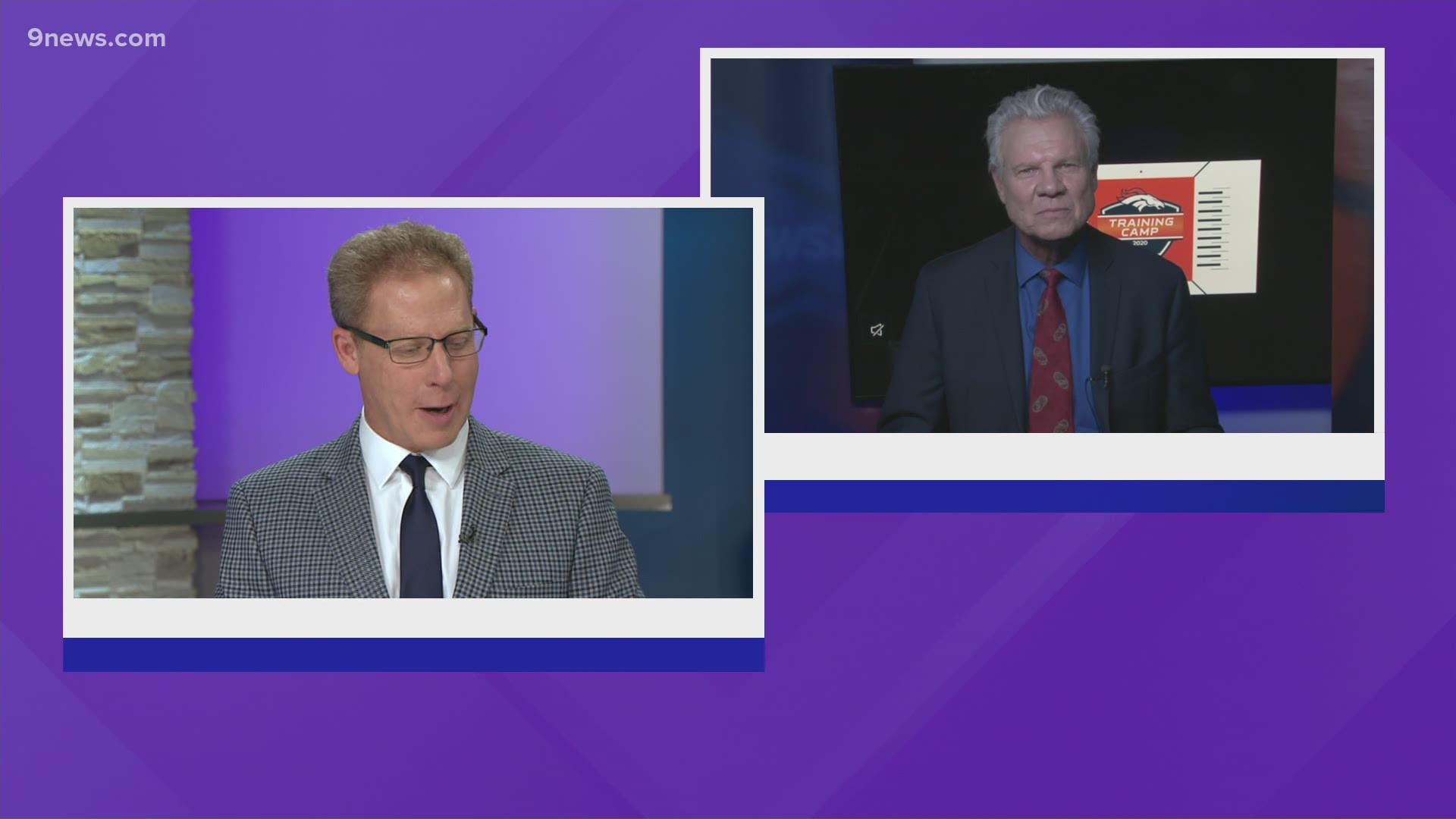 ENGLEWOOD, Colo. — Joe Ellis was relaxed, in control, calm and in good spirits.

Wearing a navy blue Broncos polo shirt, Ellis’ disposition was that of a man who knows his days of carrying the responsibilities of running of one of the NFL’s most storied football franchises are near their end.

Which they are. Ellis, who became team president in 2011 after owner Pat Bowlen stepped away from his day-to-day duties, and has been the Broncos’ controlling owner delegee and CEO since July 2014, just may have delivered his final training camp opening press conference. By this time next year, someone else will be running the Broncos.

"Our goal is to be lay out, when the season is over – and Vic (Fangio, the Broncos’ head coach) has promised that will be in the middle of February -- that we lay out for everybody a timeline for transition of ownership that will take place next year prior to the start of the season," Ellis, the Broncos’ controlling owner delegee, CEO and president said Tuesday on a hot, late-July afternoon on the concourse overlooking the team’s practice fields at UCHealth Training Center. "That’s important. Important to the organization, important to the beneficiaries – Pat’s children – to get it resolved and we’re moving forward on that.

"The team is not for sale. There are few options out there. But we’re going to get through this season, focus on it, have a good year and hopefully be competitive and be around for the postseason." 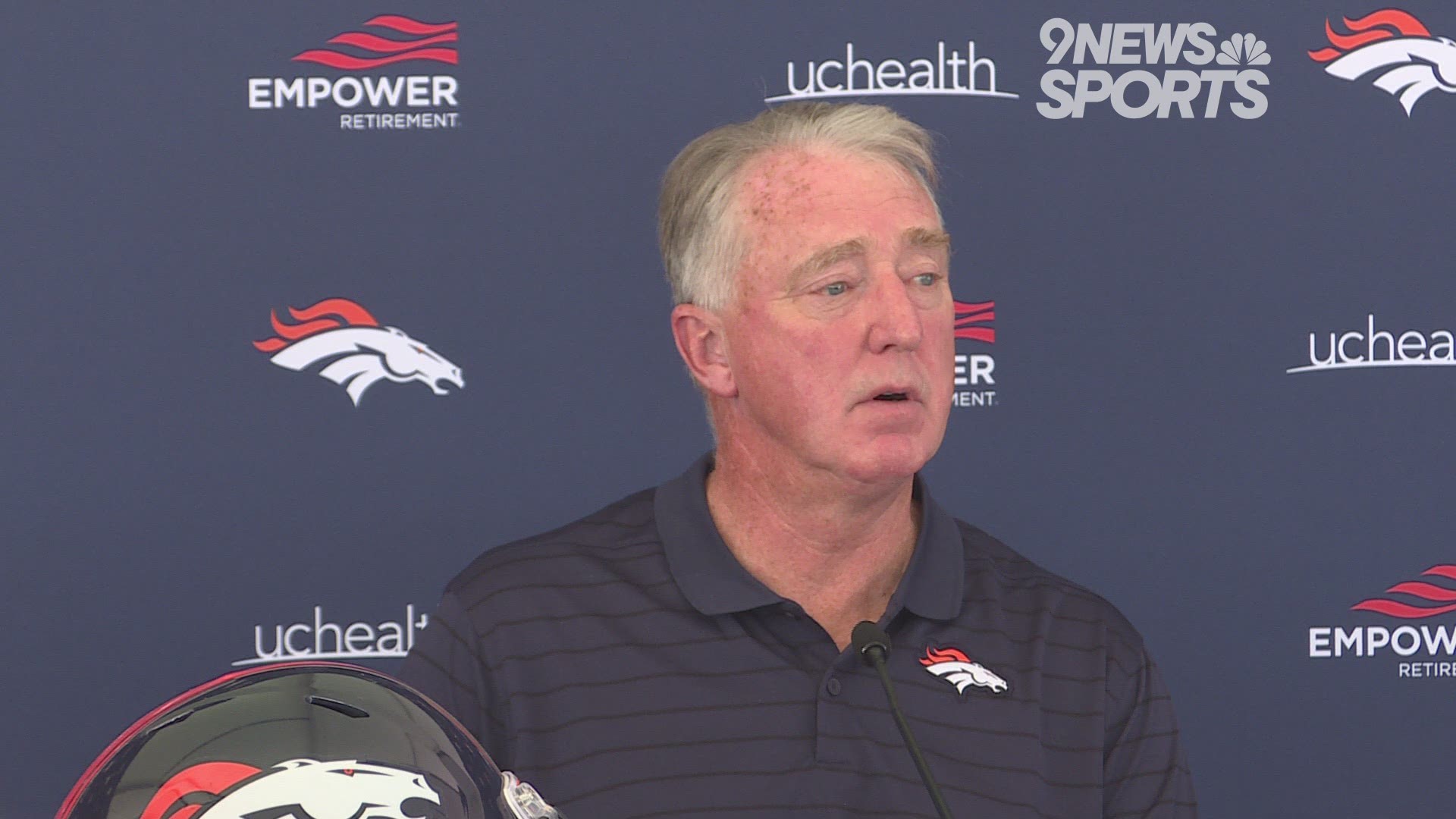 RELATED: Bowlen trust headed back to court, this time on Kaiser right of first refusal claim

To clarify, the Broncos are not for sale now. They could be later. Ellis also said Brittany Bowlen, the fifth of seven children raised by late owner Pat Bowlen, still has a chance to succeed her father.

“In some form her being able to run the team is a consideration for sure,’’ Ellis said. “It will require some conditions from the beneficiaries and others perhaps. But if she is going to run it, that conclusion will be made some time next year as well. So that’s one of the options for sure. As I said there are certain conditions involved and I’m not going to comment much on that because those involve discussions with other beneficiaries and those are private.”

One of those conditions is that Bowlen’s seven children must agree to keep the Broncos in the family, and for Brittany to run it. Pat Bowlen’s two oldest daughters, Amie Klemmer and Beth Wallace, had sued the three trustees of their father’s trust – Ellis, Rich Slivka and Mary Kelly – saying their father did not have mental capacity and was under undue influence when the final trust was amended in 2009. The daughters dropped their complaint two weeks ago and the case was dismissed before it was to go to trial July 12.

“Regarding the dismissal of the lawsuit, I’m sure you’re aware I cannot comment on that specifically due to confidentiality considerations,’’ Ellis said. “I simply defer to the public order that Judge (John) Scipione issued a few weeks ago and let that speak for itself.”

If conditions are not met and it’s not Brittany Bowlen running the Broncos by this time next year?

“Selling the team is always possible,’’ Ellis said. “Obviously. That’s one. And if it’s going to stay in the family, Brittany is the other option but there are certain conditions that will go with that and it could come in various forms which could lead to one or two other options.”

Ellis’ contract with the Broncos expires in March 2022. In many ways, what he said Tuesday at his training camp opening press conference was not much different than what he said in an exclusive interview with 9NEWS back on January 6, after he announced John Elway was stepping away from his general manager position to take on a consultant role as president of football operations.

“I don’t envision extending it past that other than maybe just an interim period of some sort if necessary,’’ Ellis said of his contract status in an interview with 9NEWS nearly 7 months ago. “But that would be dedicated to finding a replacement as a club president or CEO, depending on what the next owner – whether that’s Brittany or somebody else -- where that ends up.

“I think it’s important for the organization -- I don’t think CEOs should last forever. You look across businesses across the country, they don’t last forever, they need to move on. They’re asked to move on. And it will be time for me to move on and how that transfer passes I can’t predict right now. But there will be a transfer of authority at that level. I can assure you of that.”

RELATED: Here's what to know before attending Broncos Training Camp