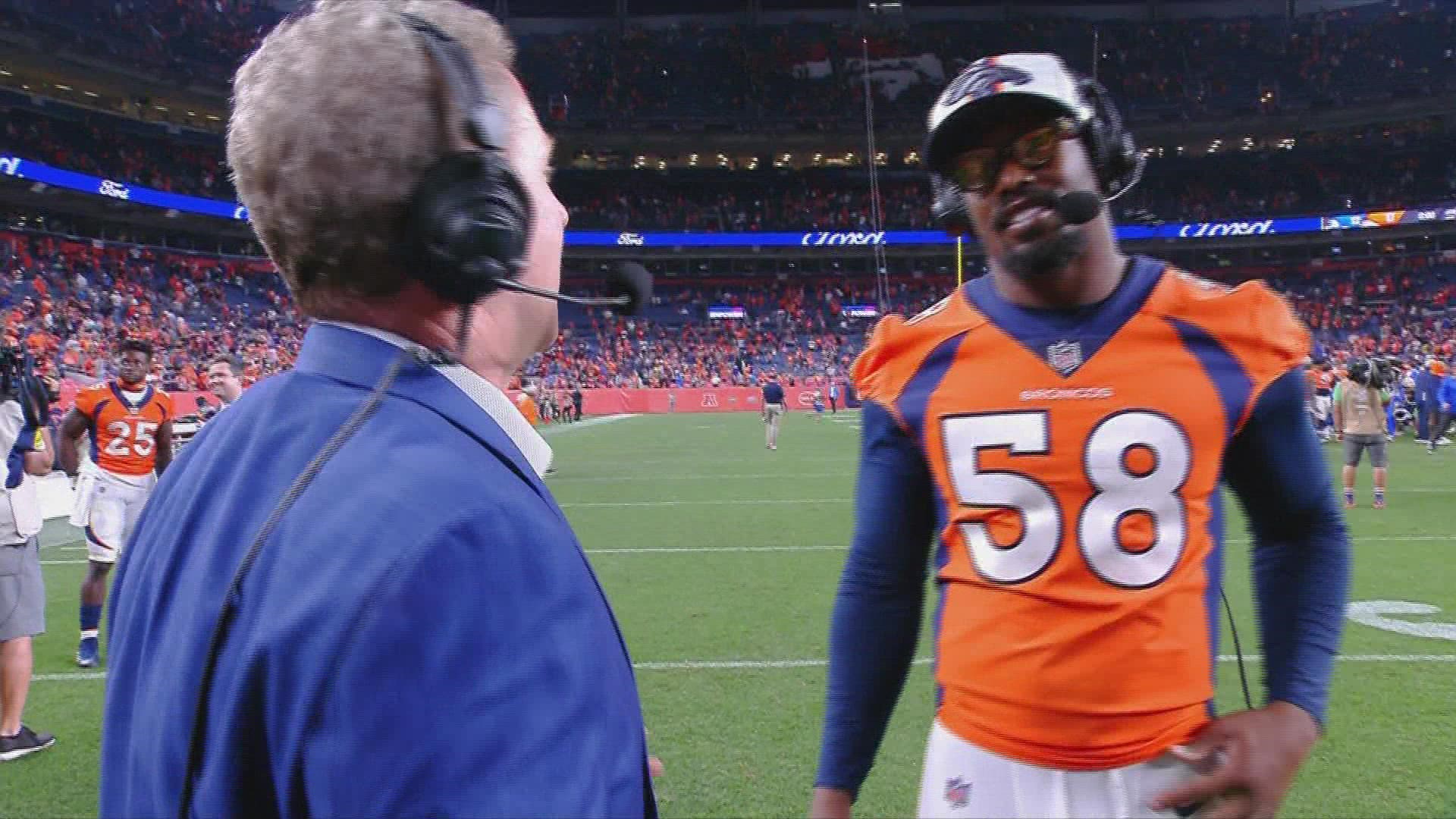 ENGLEWOOD, Colo. — It was a tough Monday evening for Broncos' late-round drafted receivers and undrafted rookies.

The Broncos decided not to make any roster cuts before the 2 p.m. transaction filing to the league office Monday. But after general manager George Paton held round-the-clock roster-setting meetings Sunday and most of Monday with his front office staff and Vic Fangio's coaching staff, the team got busy making a flurry of cuts starting at about 5 p.m. Monday.

9NEWS through multiple sources confirmed 15 player cuts as of 8 p.m. Monday, leaving 12 more roster moves for the Broncos to reach their 53-man limit by 2 p.m. Tuesday.

The 15 Broncos players who were notified they would hit waivers Monday evening:

Credit: AP Photo/David Zalubowski
Denver Broncos quarterback Brett Rypien throws a pass during the second half of an NFL football game against the Tampa Bay Buccaneers, Sunday, Sept. 27, 2020, in Denver.

Some notes about those player moves:

— Rypien was cut prior to the setting of the season-opening roster for a third consecutive year. He cleared waivers the first two years and started the season on the Broncos' practice squad, although he did serve as a game-day backup for several weeks and started one game, playing well enough to beat the Jets in game 4 last year.

Will he make it through waivers a third time? Waiving Rypien leaves starter Teddy Bridgewater and backup Drew Lock as the only two quarterbacks on the Broncos' roster. Most teams prefer to only carry two quarterbacks so they can have depth at special teams positions.

— Cleveland was a 7th-round draft pick last year who played in 10 games. Broncos management and coaches love his speed, but between an injury and drops, he had a tough training camp.

— Seth Williams was a 6th-round draft pick this year. It takes a while for rookie receivers to catch on. The departures of Cleveland and Williams from the roster means it's likely Trinity Benson won a 53-man roster spot after he spent the past two seasons on the practice squad. Benson has great speed and he had a terrific training camp highlighted by two touchdown catches in the Broncos' preseason opener at Minnesota.

— Tuszka was a 7th-round draft pick out of North Dakota State last year and played in 9 games. His game noticeably improved this year but he may have lost the N0. 4 edge rusher position to 7th-round rookie Jonathon Cooper, who overcame offseason heart issues to become a preseason force.

— Hinton is popular for having the courage to play quarterback in an NFL game last season against New Orleans after all four Broncos quarterbacks -- Lock, Rypien, Jeff Driskel and Blake Bortles -- were deemed ineligible because COVID-19 protocols. Hinton played quarterback as a freshman and sophomore at Wake Forest but he had been a receiver since.

Never mind the Broncos had no chance against the Saints while losing, 31-3. Merely by taking the shotgun snaps and giving it the old college try made Hinton a cult hero around the league.

Hinton was impressive as a receiver early in training camp, but he needs more development as a returner if he's to stick on the big man roster.

— Schlottmann was the most accomplished NFL player cut by the Broncos on Monday as the backup center-guard had played in all 32 games the past two seasons with six starts.

— Undrafted rookies cut Monday were Himmelman, Beyer, Robinson, McCain and Prentice. The only undrafted rookie remaining is edge rusher Andre Mintze. The Broncos have had an undrafted rookie make their season-opening, 53-man roster in 16 of the past 17 years.

— Among the 12 final cuts to come Tuesday, at least three figure to have injury designations for Essang Bassey, Duke Dawson Jr. and Trey Marshall.

— Many of the players cut Monday may wind up back on the Broncos' 16-man practice squad that can be filled starting at noon Wednesday.

RELATED: Paton speaks on history with Bridgewater, all things Broncos 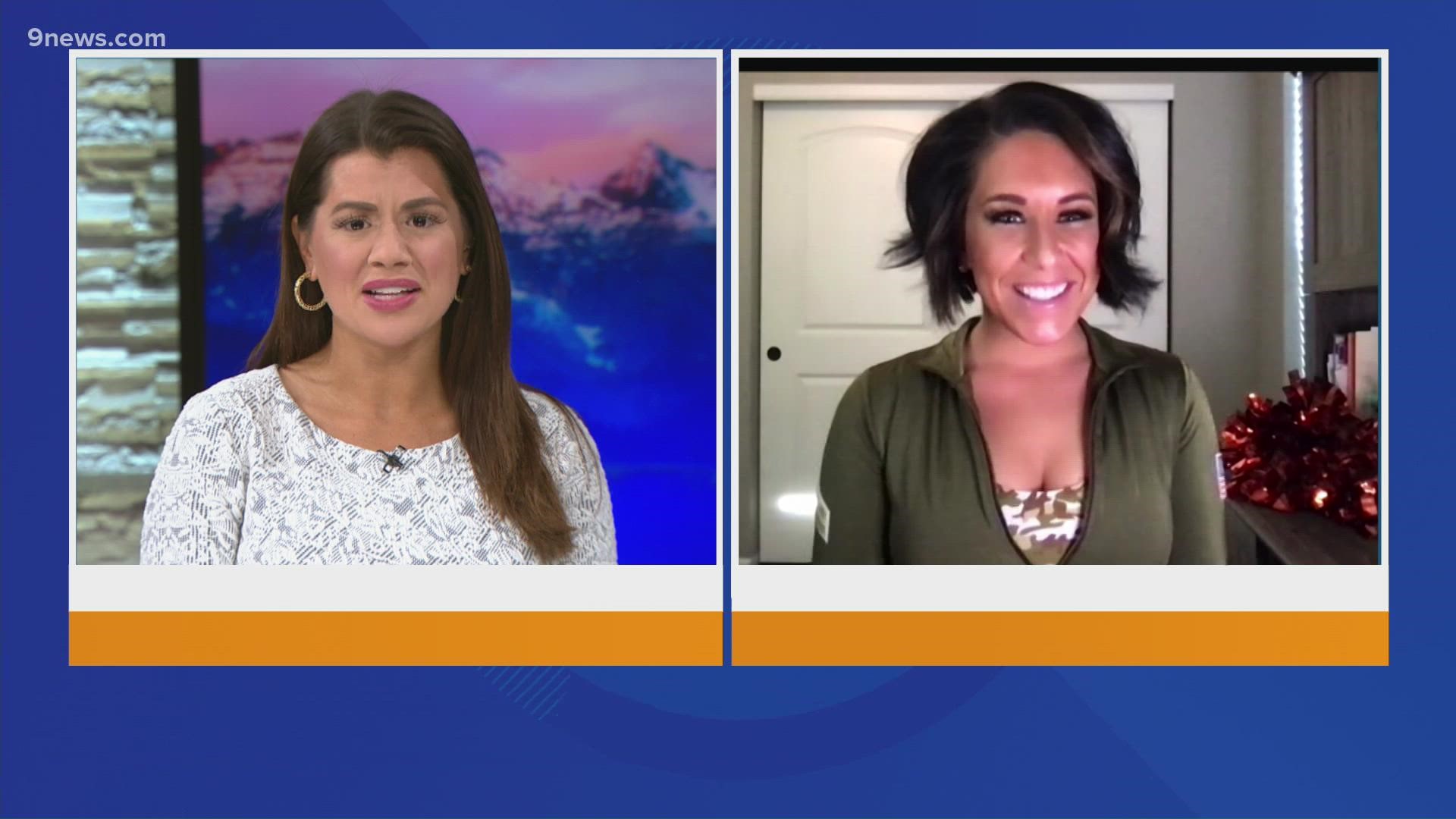