Broncos thumped by Raiders and their interim coach 34-24 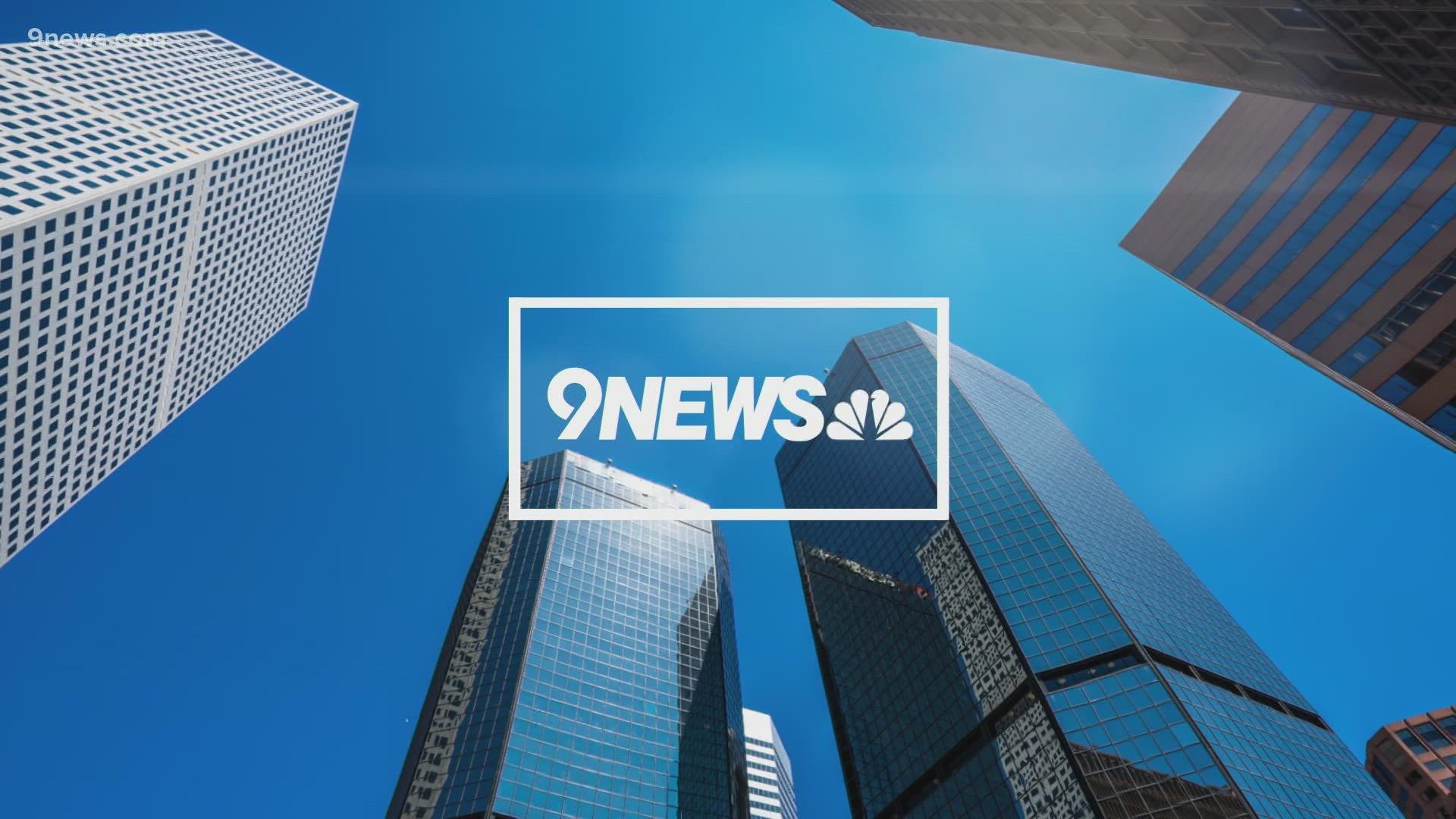 DENVER — There is no way possible the Broncos could get beat by the substitute teacher.

Oh, the Broncos could and they did. Got paddled in embarrassing fashion, in fact. The Broncos were soundly defeated by interim head coach Rich Bisaccia and the rival Las Vegas Raiders, 34-24, on what was otherwise a gorgeous sunny and warm mid-October Sunday afternoon before a loud-but-disappointed crowd of 75,104 at Empower Field at Mile High.

Raiders quarterback Derek Carr, who often plays well against the Broncos, did so again as he threw touchdown passes of 48 yards to Henry Ruggs III to open the first half and 31 yards to Kenyon Drake to close it.

On the Drake touchdown near the end of the half, Broncos inside linebacker Alexander Johnson suffered a pectoral injury, a source told 9NEWS. Such injuries are often season-ending. The Broncos won't know for sure until Johnson undergoes an MRI exam Monday, but it appears the Broncos' starting inside linebacker duo of Johnson and Josey Jewell is now Justin Strnad and Micah Kiser.

Jewell suffered a torn pec injury in game two and is out for the season. Another Broncos backup inside linebacker, third-round rookie Baron Browning, suffered a concussion in the first half Sunday and didn't return. And so it goes for the reeling Broncos.

It wasn't supposed to turn out the way it did Sunday. Not on Mike Shanahan Day. Not when the Raiders were seemingly in a typical Raiders state of unsolvable chaos.

Six days earlier, Raiders head coach Jon Gruden resigned under pressure after his e-mails that disparaged a substantial portion of the human race were revealed. Gruden aside, both teams entered this game with three wins to open the season, followed by a two-game losing streak and a 3-2 overall record.

It was the Raiders who moved to 4-2 and tied with the Los Angeles Chargers for the AFC West lead.

The Broncos now carry a three-game losing streak into a shortened week as they play Thursday night at Cleveland -- the only primetime kickoff on the Broncos' schedule.

Broncos head coach Vic Fangio endured a nightmarish afternoon. Not only did his team get whipped by a team in an interim coach situation, but he gambled on fourth and 2 from his own 37 in the first half -- and didn't get it. Fangio also challenged two plays but was unsuccessful each time.

Was he concerned people thought the Raiders would be pushovers after they lost their coach?

"I think anything along those lines is what happened to them last week, when they came out on Friday,'' Fangio said. Indeed, the Raiders lost to the lowly Bears, 20-9 last week, two days after the first, but not the final, of Gruden's damaging e-mails were leaked. "I think this week, they were definitely in the rally mode."

Remember back in grade school when the substitute teacher -- no matter how smart, or kind, or intimidating, or strict -- never had a chance with the classroom?

Why wasn't there a "substitute teacher" effect with the Raiders?

He could have stopped there. Carr was the reason for Sunday's outcome. The Raiders still have their Broncos-whipping quarterback and Carr was sublime again with 341 yards passing. But like all good quarterbacks, he shared the credit.

"Maxx (Crosby) is still here. Yannick (Ngakoue), Darren (Waller), Josh (Jacobs), Alec (Ingold) -- better stop naming guys before I forget -- but still have our room of guys, our leaders, right?'' Carr said. "More now than ever we had to step up and be a voice.

"And It’s fair to think that way. Obviously we had our things going on. Again there will be a time for the emotions and all of that but now is not the time. If anything, what it did was for sure brought us closer. We talked about it with the guys, meetings and stuff.

"Proud of where we’re at and glad for our organization to get a win. We needed a win badly this week. Sometimes when you get punched in the gut it’s hard to bounce back, but we were able to do it.''

The Broncos badly needed a win, too. Encouraged by a 3-0 record through what can now be safely stated was the easiest three-game start in the history of NFL schedules -- against the 1-5 Giants, 1-5 Jaguars and 1-4 Jets -- the Broncos are now 3-3.

"We played some good teams these last couple games,'' said Broncos tight end Noah Fant, referring to the Ravens, Steelers and Raiders. "We view ourselves as a good team.

"I think the biggest thing is we have to address these mistakes that we have happening. It's kind of a common saying that when you're winning you overlook some things. It's time -- Von (Miller) said it in the locker room -- it's time for everyone to look in the mirror and see what we're doing wrong. Not looking to anyone else. Not looking to another player, another coach. But looking in the mirror, looking at our own self and farming our own land instead of looking around."

Drake scored on an 18-yard run early in the third quarter to extend the Raiders' lead to 24-7 and a 40-yard completion from Carr to Ruggs set up another short touchdown run, this time by Josh Jacobs, that put the Raiders up 31-10 going into the fourth quarter.

Like last week at Pittsburgh, Broncos quarterback Teddy Bridgewater started piling up passing yards after his team fell behind three scores in the fourth quarter. Bridgewater connected with Courtland Sutton on a 12-yard touchdown pass with 11:16 remaining to close the score to 31-17. Bridgewater later threw a 4-yard touchdown pass to Fant to bring the final score to a respectable, but hardly conciliatory, 34-24.

Now the Broncos have to play Thursday night on just three days rest at Cleveland.

“The short week, all of the guys in the locker room are pretty banged up I’m sure,'' said Bridgewater, who limped noticeably on and off the press conference stage after the game Sunday. "We just got to find a way to tough it out. Ninety-six hours, that’s all we got. If we can find a way to tough it all out and get to Thursday and play at a high level, be our best, that’s all we can ask for.”

Much more was asked of the Broncos on Sunday. On a day when former Broncos coach and Raiders hater Mike Shanahan was honored at halftime with his formal presentation into the team’s Ring of Fame, Denver’s defense was a problem. Once again, it surrendered a deep ball touchdown off their first series. This time it was Carr connecting with the wide-open speedster Ruggs on a 48-yard touchdown pass.

Ruggs beat Ronald Darby, who returned from a hamstring injury to start ahead of Kyle Fuller, who had given up deep, first-series touchdowns against Pittsburgh’s Diontae Johnson last week and Jacksonville’s Marvin Jones Jr. in game two.

On the play in which Darby was beat, Broncos safety Justin Simmons was late coming over to help.

The Broncos’ offense answered with their first series-opening touchdown of the season. Bridgewater converted a third-and-12 along the way with a 14-yard completion to Sutton, and later hit an open Tim Patrick in the right flat for a 23-yard catch-and-run touchdown.

It was 7-7 midway through the first quarter.

The Raiders drove again on their next series but had to settle for a 50-yard field goal by Colorado Springs native Daniel Carlson. That put the Raiders up 10-7. However, Carlson spoiled the Raiders’ next drive when he hit the upright on a field goal attempt from 43 yards.

Bridgewater was under constant duress from a strong Raiders pass rush. Hit an astounding 17 times according to the official stat sheet and sacked five -- 3.0 times by Crosby -- Bridgewater finished 35 of 49 for 334 yards with three touchdowns, three intereceptions and a lost fumble off a scramble.

The first interception came off a fourth-and-2 play from his 37-yard line in the first half; the second and third picks came during desperation catch-up time in the fourth quarter.

"Today was one of those days where I’m definitely pointing the thumb at myself,'' Bridgewater said. "I take accountability, responsibility for just a lot of things that went wrong, whether it was turnovers—we could have been better in many areas. But like I said, we got to put this game behind us, move forward, focus on Cleveland.”

Carr was 18 of 27 for 341 yards, two touchdowns and an outstanding 134.4 passer rating. He finished the first half with a 33-yard completion to tight end Darren Waller and 31 yards to running back Drake wheeling out of the backfield for a touchdown with 31 seconds remaining.

Drake scored on an 18-yard run on the Raiders' first possession of the second half. That put Las Vegas up, 24-7.

The Broncos started making a game of it, though, with a sustained drive that ended with a Brandon McManus field goal. He is now 24 of 24 in kick attempts this year -- 12 of 12 on field goals; 12 of 12 on extra points.

The Denver D then came up with a three-and-out stop to give its offense the ball with 5:06 left in the third quarter, down 24-10. But Bridgewater fumbled the ball away the next possession while scrambling forward, and the Raiders took advantage on their drive when Ruggs again beat Darby for a 40-yard catch, setting up first and goal.

"I’m not going to give myself any excuses,'' Darby said. "I just need to finish on the ball, and that’s an easy fix.''

Raiders running back Josh Jacobs easily ran in a 3-yard touchdown for a 31-10 lead with seven seconds left in the third quarter. The sellout-and-then-some crowd was boisterous here and there, but ultimately fell silent.

“Basically, it’s the same speech that I tell myself after every single loss,'' Miller said. "We’re not doing enough to win. It’s nobody’s fault. We’ve got to point the finger at ourselves. We’ve got four head coaches and we’ve got all types of talented people everywhere. We’ve just got to focus on our jobs, do what we do, and we’ve got to trust each other. I feel like if we can do that, we’ll be able to win. Whenever you lose a couple of games, everybody’s a little bit open to suggestions. People start thinking, ‘Maybe we should do this. Maybe we should do that. Maybe if we try this or try that.’

Media guys? Here's one that suggests that unless the Broncos are playing the NFL cellar dwellers, they simply haven't proven to be good enough.

Left tackle Garett Bolles left the game in the fourth quarter with a knee injury but Fangio said, "They just told me he's going to be okay." ...

The Broncos' only two sacks came from their secondary as Kareem Jackson and Bryce Callahan had one each -- for a total of 1 yard. ...

In losing his two challenges, Fangio explained the non-touchdown call involving Fant's foot across the end line, and the 40-yard reception by Ruggs, were so critical for a team trailing that it was worth the risk of losing a timeout in hopes of overturning.