Elway knows 16 games are tough enough, but says of 17th game: 'The NFL always seems to make the right moves'

Although 17th game would make NFL an increasingly war of attrition, Elway and Fangio prepared for new rules. 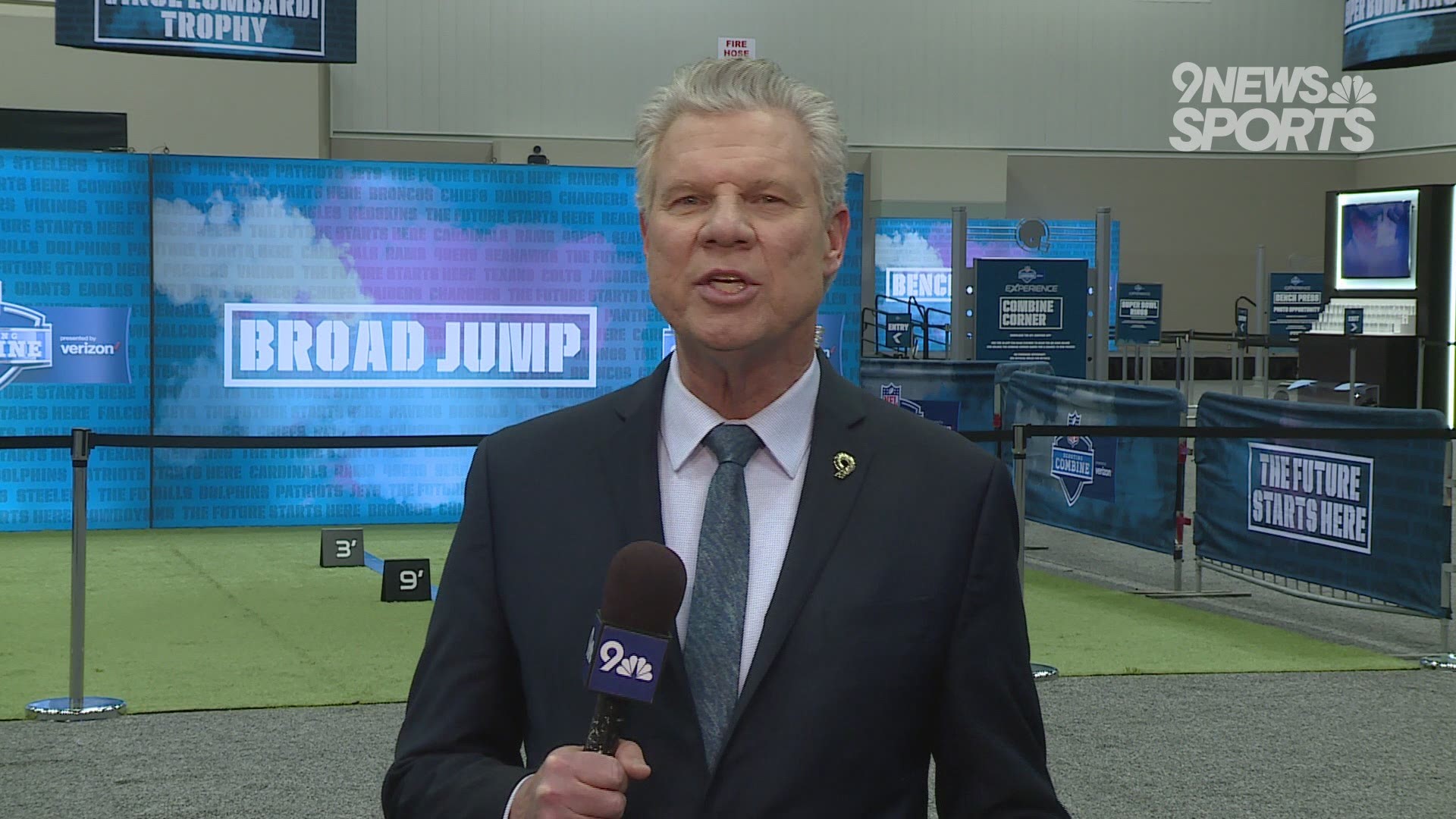 INDIANAPOLIS — It was with bit lips that the heads of the Broncos’ football department weighed in on the 17-game schedule that the NFL and its players union appear close to adopting.

Yes, the league would add two more players to its active – from 53 to 55 – and game-day – from 46 to 48 – rosters in return for a 17th game, which would be introduced as soon as the 2021 season. Those extra two players, though, will be end-of-the-roster types. Theoretically, those players will be practice squad- or XFL-caliber players.

There’s only so many stars to go around. Two extra bodies won’t slow the season-long attrition of the five to 10 star players on a team who can most impact a game.

“Well, they have the muzzle on me, I can’t really comment on that too much,’’ said Broncos head coach Vic Fangio in a sit-down interview with 9News this week here at the NFL Combine. “It will be interesting to see how they’re going to figure out who the 17th opponent is. After it all comes out then I’ll give you an opinion.”

An increase from 16 to 17 regular-game seasons would coincide with a reduction of a preseason schedule from four to three games. The concern there for football bosses is getting those younger, end-of-roster players properly trained for the regular season.

Front-line players barely play in the preseason. For some starting players, zero minus one is still zero. But 16 games of collisions plus one more makes 17 a scary number.

Broncos general manager John Elway retired from his 16-year Hall of Fame quarterback career of 16-game schedules with his body beat up. Could he have held up through 16 years of 17-game schedules?

“That’s tough,’’ Elway said. “That’s why I’m staying out of it. I’m not answering that question. Because I know 16 is very difficult and it’s a long season, especially if you add the playoffs on top of that.

RELATED: Even with Brady, Rivers available, Drew is a Lock

We’ll forget for the moment the regrettable decision of transplanting the Chargers from San Diego to Los Angeles. The players union is sending the freshly negotiated collective bargaining agreement to its rank-and-file for a vote. A simple majority will give the NFL a new 10-year CBA and a new set of working conditions. It figures to happen.

To further help compensate for the added toll on the human body that a 17th regular-season game would bring, the league promises to cut back on Fangio’s practices. The Broncos’ coach often had 2 hours, 45-minute practices in training camp in his first season as head coach last year. Those would be restricted to 2 hours, 30 minutes starting this season with the new CBA.

He also came close to using his allotment of 28 padded practices in training camp last year – including one stretch of nearly two consecutive weeks of pads. Fangio believes in toughening his team not only physically but mentally through long, physical practices and there was evidence of a tougher Broncos’ team as the season went along last year.

But under the new CBA, padded camp practices would be reduced to 16 total with no more than three padded practices in a row.

“Well, whatever the rules are we’ll abide them,’’ Fangio said. “I saw some of that and I don’t think it’s that big a deal. Maybe, we’ll stretch indoors (before going out for practice) now and steal those 10 minutes.”

He chuckled at his own final remark delivered in jest. Even 2:30 camp practices and 16 with pads would be greater than what Broncos players endured during the Mike Shanahan-Gary Kubiak-Vance Joseph eras.

Those head coaches came from the theory of saving legs and bodies in August so they’ll be there in December. A 17-game schedule may bring those dead legs into the first week of January.

More than ever, it may not be the NFL’s best teams that prevail. It may be those that can get its better players to hold up until the end.