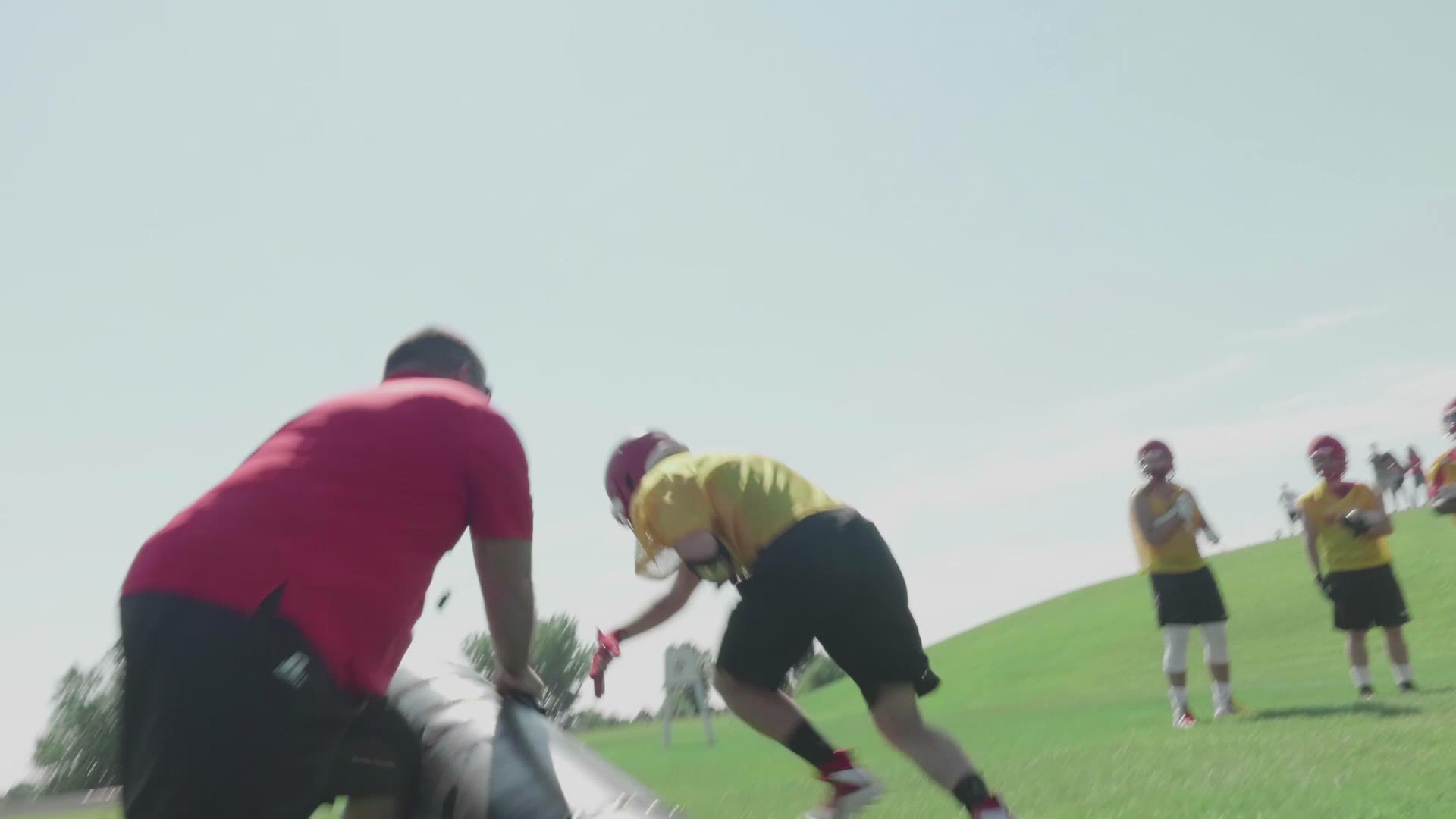 LONGMONT — Coaches don't just become legends when their careers are over. Instead, it's a status they have to earn.

Legendary Colorado high school coach Herman Jones has found success by taking an unorthodox approach to the game. On Tuesday, he transferred his knowledge to the Falcons at Skyline High School in Longmont.

"We really trust our coaches so it was like, 'Okay, they're going give us a good guy to work with, and we're all going to get better,' so we came out here really serious and ready to learn a lot of stuff," Skyline senior Jeremy Hollingsworth said. "We're going to do this 100 percent, and we're going to learn from it, but you go to the back of the line, and everyone's like, 'What are we doing?'"

That's because Jones' drills were nothing like anyone had ever experience. The Falcons were running with cartons of eggs instead of football, players were doing sack races in the end zone, and quarterbacks were throwing greased footballs to wide receivers who were making catches -- with frying pans.

If you're thinking something seems fishy, you're absolutely right.

"I smelt that from a mile away," sophomore Oscar Aranday said.

"Once we got the gray hairs on me, that's when I was like, I'm Herman Jones," Sanders said. "I actually got into character, though, I actually believed for a minute I was an old man. It feels good to be old, expect my back is hurting from this belly."

While some players guessed something seemed a little off, they were still in disbelief when they met the star wide receiver.

"It's incredible to have a player of this status, one of the best in the league from our home state NFL team," senior Kyle West said.

"Everyone here is a Broncos fan, and everyone here knows how good he is and how fun he is to watch," Hollingsworth added. "It's just crazy for him to be on our field at our home school coaching us."

While legendary coach Jones turned out to be fictitious, the visit itself was unforgettable. Sanders partnered up with Dick's Sporting Goods to donate $5,000 to the Skyline football program to put toward new equipment. Sanders will also be on hand to open a new Dick's Sporting Goods store in Fort Collins this Saturday, July 21 from 1:30-3 p.m.

"They've got some athletes out here," Sanders said of the Falcons. "I don't even know if I can catch [a football] with a frying pan, and they were doing it. And the quarterbacks were throwing spirals with grease. So they're going to be alright."

Skyline finished the 2017 season with an 8-3 record. They made it to the first round of the 4A state playoffs.