Before and After: Former Bronco offensive lineman Orlando Franklin is a new man

Big O is not so big following 102-pound weight loss. In turn, self-confidence has grown. 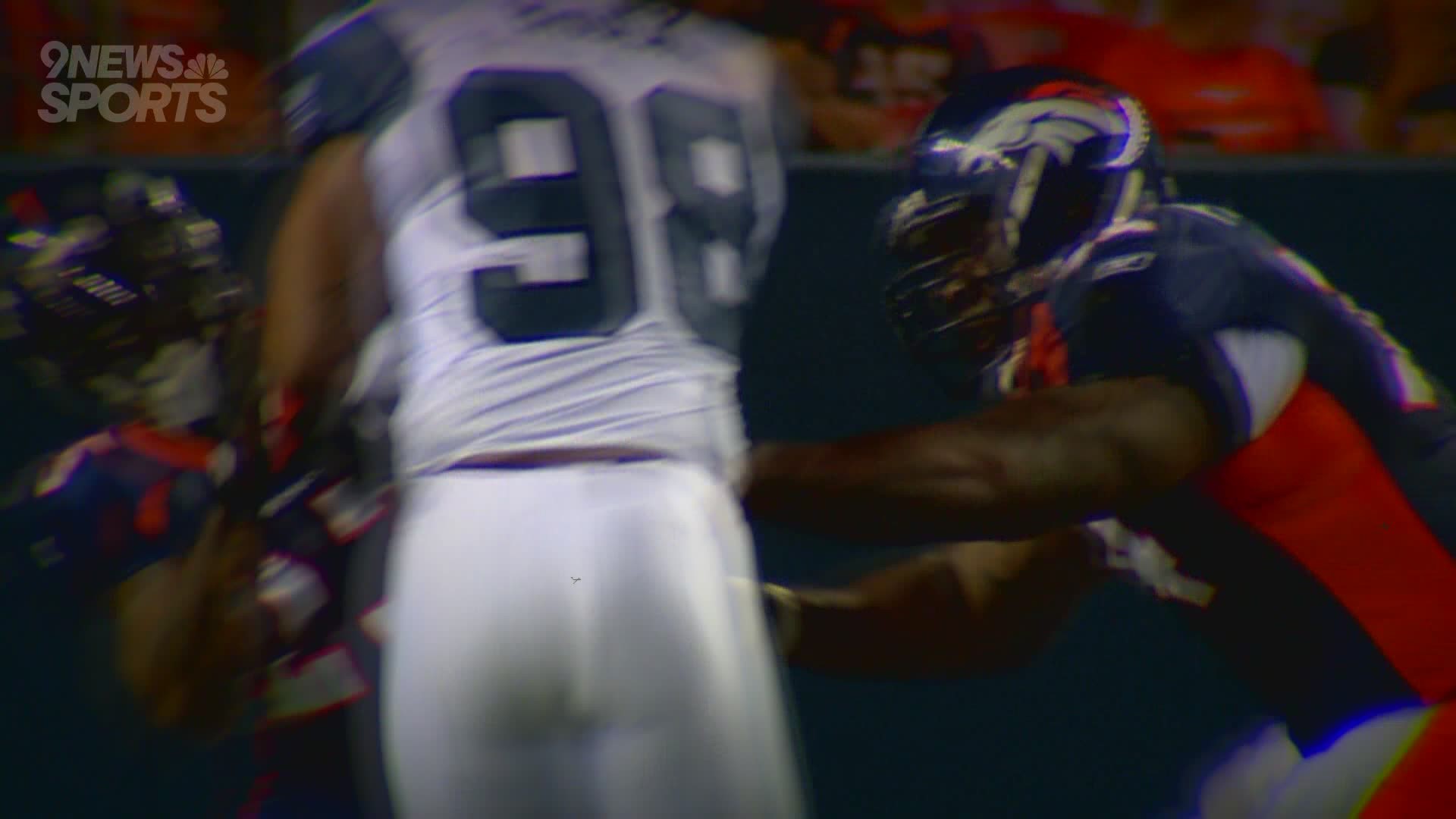 ENGLEWOOD, Colo. — Once one of those big NFL offensive linemen retire, the first thing they do is lose weight.

"I like to be called "Slim" now," Franklin said during a 9NEWS visit to his home this week. "Not Big O. Big O reminds me of what I used to be."

As a sophomore at the University of Miami, Franklin buried the scale until it reached 355 pounds. By his NFL Combine in 2011 he was down to 315. We’ll emphasize he was 315 going INTO the Combine.

"Right after the combine, I remember my first meal," Franklin said. "I went there to the hotel in Indianapolis, I ordered 20 wings. I had a Philly Cheesesteak, I ordered fries. And that’s what I had in Indianapolis. Then I had a flight where I had a layover in Georgia,  I had Burger King, I had a Double Whopper with cheese, and onion rings and fries and a large Coke. And then I finally got to Miami late that night and I ended up getting a Big Mac with 20 chicken nuggets."

A couple months later, he was selected by the Broncos in the second round of the 2011 draft. There was no offseason that year but the labor dispute was settled in late-July. His first day as a pro was when Orlando got chewed out for the first time by his offensive line coach.

"Everybody reports to training camp and I show back up to the Broncos and I’m 337 pounds," Franklin said. Do the math. That’s 22 pounds up from his Combine weigh-in. "And Dave Magazu is like, ‘What the heck happened?’"

Orlando got in shape after that and played most of his rookie year at 322 pounds. He was a four-year starter for a Broncos team that went to the postseason every year -- three years at right tackle; one at left guard. Started in 70 of a possible 71 games, counting the postseason. And then he got a nice contract to play for the Chargers. Still, Franklin struggled with who he was, how he looked.

There were times when even putting on a football uniform on Sunday brought Franklin a sense of blush.

"You see each and every year the Broncos wear their Color Rush," he said. "I was self-conscious when we were that. It’s all fine and dandy if you’re a DB or linebacker you’re going to look like a carrot. But if you’re an offensive linemen you’re going to look like a pumpkin in those Color Rush jerseys. So things like that that I recognized I wasn’t happy with how my life was going."

After seven years in the NFL, his body beat up but his bank account in great shape, Orlando and his wife Kiaana settled into a posh Denver neighborhood. Elway lives a couple blocks over.

"The why came first," he said from his basement that is part Man Cave, part kids’ toy room. "And the why was, me and my wife we’re getting ready to welcome our second child. And at that point when you have two little ones it’s no longer a zone defense. Man to man. You take one child and I’ll take the other child. You’ve got to be able to run around and make sure that you’re active."

Only Orlando found chasing Zade was easier said than done.

"Honestly what I was noticing when I’d go around the neighborhood with him is he would start running and I’d be like, "Uhh. I had to grunt to start running after him," he said. "And I said something has to change."

Franklin and some neighbors started getting up at 5 a.m. six days a week, to walk 5 miles. He’d use his treadmill on bad weather days. He then found what some call The Caveman diet.

"Paleo. Meat and vegetables," he said. "As much as you want. I think it’s the easiest diet in the world."

Orlando dropped weight, but then came Thanksgiving, his mid-December birthday, Christmas, you know how it goes. He found he had to make another sacrifice.

"So I had to also stop drinking (alcohol)," he said. "It’s been almost a year. That’s been a huge part of my success."

That’s 102 pounds from his first day of training camp with the Broncos, 120 pounds less than his sophomore weight at Miami. The other day, the Franklins had two of his former Broncos’ offensive line mates, Chris Kuper and Ryan Harris, over for dinner. They’ve dropped weight, too, just not as much as Orlando. They started teasing him.

"And I was asking them, 'Do I look bad? Why do you keep making fun of me?'" Franklin said. "And Kupe’s like, 'It’s not that you look bad. It’s at one point you were the biggest human being I’ve ever seen in my life!'"

These days, Orlando’s diet is not quite as strict,  but his workout regimen has intensified. The Triple Bypass, 110-mile bike ride from Evergreen to Vail, and a half-marathon are on his summer schedule.

"It’s absolutely a lifestyle change," he said. "And for me, it had to happen. Once I started losing the weight is when I really gained the confidence. To where I really feel I can talk to anybody, I can approach anybody.

"Extremely happy that I’ve made this change with myself."

What hasn’t changed is his love for football. Orlando can be heard talking Broncos on The Fan (104.3 FM) radio station and he says he will always be involved in the sport. Only this time, football won’t get Big O but a man named Slim.