Broncos left tackle Garett Bolles missed final two weeks of OTAs to be with his wife in dealing with the family issue. The Bolles are raising awareness on Apraxia. 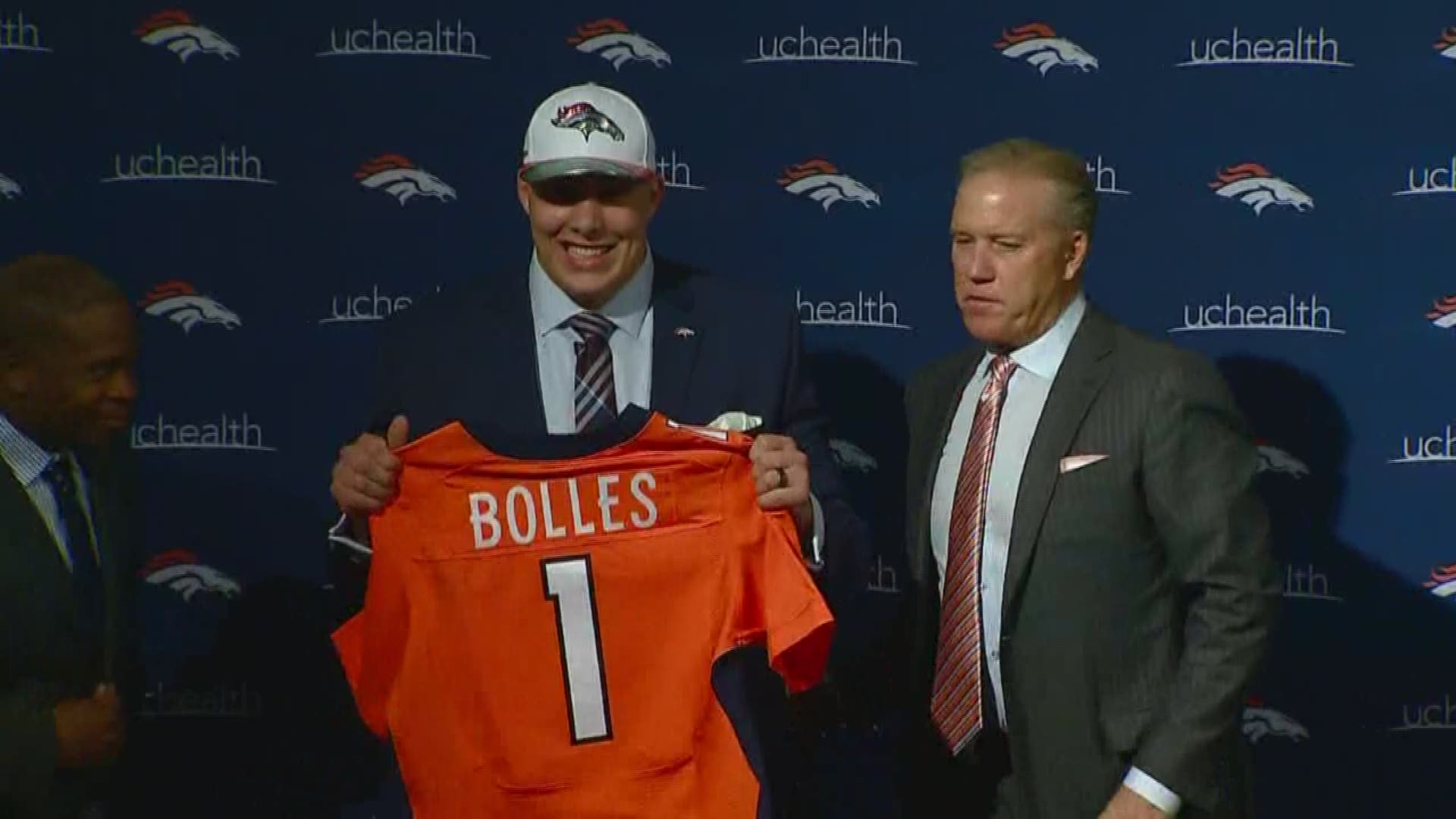 His talented and fun-loving dad Garett had just been announced by NFL commissioner Roger Goodell as the No. 20 pick of the 2017 NFL Draft by the Denver Broncos.

A giddy Garett Bolles walked out to the Philadelphia Museum of Art stage with his son cradled in his arm. Wearing a gray suit and brand new Broncos’ cap, Bolles hoisted Kingston into the air Simba-like. The moment stole the Draft show. A new young football star who loves his son.

The joyful, unconditional love a child can only receive from a parent.

Kingston, now 4, was recently diagnosed with Apraxia, a motor speech disorder that makes it difficult to speak. Daddy Bolles, the Broncos’ starting left tackle who last November signed a four-year contract extension worth $68 million, reset his priorities and missed the final two weeks of OTAs to be his wife Natalie as they dealt with Kingston’s issue.

Bolles returned to the Broncos this week to participate in their mandatory minicamp.

“He’s doing awesome,’’ Bolles said Wednesday of Kingston during a Zoom press conference with the Denver media. “He learned two new words yesterday, so I’m actually really proud of him. He learned ‘open’ and ‘out.’ It was just so cool to watch the facial expression on him and how he was proud to learn those two words.

“A lot of it is muscle memory. How we learn—we learn by hearing and being able to communicate. Kids with apraxia of speech, it’s all muscle memory to them. It’s repeating the same words over and over again and finding new ways to get to him.

Credit: AP
Garett Bolles runs a drill during an NFL football OTA at the team's headquarters Monday, May 24, 2021, in Englewood, Colo.

“It takes a lot of emotion out of him. It’s really difficult for him, but I know he’s going to get through it with the right people we have. This lady, Jenny—she’s been an amazing person in Castle Rock. Very thankful for her. She’s the best in the world for it. She travels all over the world and we’re thankful enough to get in. Looking forward to our journey and looking forward to raising as much money as I can. I know the Lord is going to play a great hand in it.”

Bolles said Kingston would be going through intensive speech therapy until he was 7 years old.

“By the grace of God, when I signed my contract here, I found out truly why I’m in Denver,’’ Bolles said. “That’s because my son and this wonderful speech lady that’s at the top of apraxia of speech here in Castle Rock. What a blessing that’s been for us. He’s in speech right now for the next four days. I’m just trying to help him as much as I can. When we come back, he’ll hit a full go with her in August. It’s a very unique learning disability.’’

“I’m going to do whatever I can to raise as much awareness as I can,’’ Garett Bolles said. “The decision is definitely for my son. I love him dearly. He’s probably one of the best things that has ever happened to me besides my wife and my little girl. I’m thankful for the challenges. The challenges just make us a bigger family. I know the Broncos have done a phenomenal job of letting me be there with him the last couple weeks and just going through a new thing that we have to do.

“A lot of changes in our house in how we speak and how we talk. We’re going through it with him, too. It’s just a great honor for me that I get to play football and having my contract with this great organization to be there with me.”