In Landow, Broncos have coach accustomed to getting players in football shape despite offseason shutdown

Broncos' strength and conditioning coordinator was also the team's unofficial trainer during 2011 lockout. 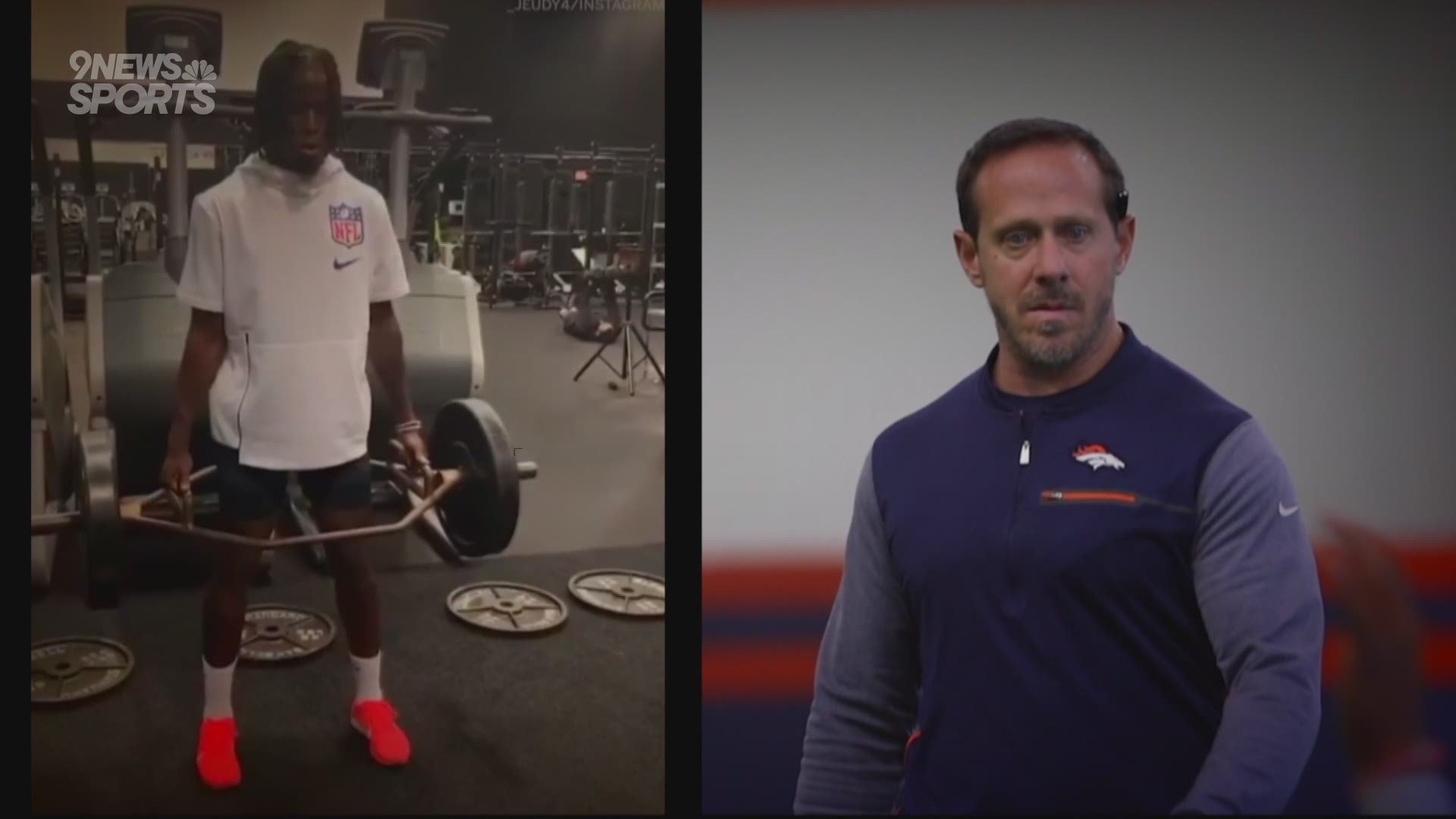 DENVER — There is not a strength and conditioning coach in the NFL who knows more about how to get players ready through an offseason shutdown than Loren Landow.

It’s been 9 years since the NFL lockout of 2011 introduced Landow to Broncos Country. It was a labor battle were coaches came down on the side of management and players were union and the two couldn’t communicate with each other.

While he trained the likes of Olympic swimming champion Missy Franklin, UFC fighters and local NFL players like Chad Brown and Bo Scaife, Landow became known as one of the country’s performance experts on speed and movement techniques.

Between local players with other NFL teams and a Broncos’ group that was initially organized by Landow and veteran safety Brian Dawkins, there were 40 to 50 players who attended the sessions at various locations in May, June and July.

Landow did such a good job as the Broncos’ unofficial sports trainer that summer – after posting a 4-12 record the previous season, the Broncos won the AFC West in 2011, their first of five consecutive division titles – he was hired by Broncos general manager John Elway and head coach Vance Joseph prior to the 2018 season as the team’s new strength and conditioning coordinator.

In 2011, it was Tim Tebow, a part-time Camp Landow participant, who led the Broncos to the division title. When the Broncos reconvene for the first time on July 28 or 29 for the start of training camp, Landow may be the most vital coach on Vic Fangio’s staff.

Broncos players, and their coaches, haven’t been together since December 29, when they edged the Raiders, 16-15, at Empower Field at Mile High. Since then, the global coronavirus quarantine orders have kept the Broncos and all NFL teams away from their offseason programs.

Even if his role is different than it was 9 years ago, Landow will once again be tasked with getting players in football shape under extraordinary circumstances.

“I do think there are some similarities and I think there are some differences between now and 2011,’’ Landow said last week in a Zoom interview with 9News, where he will be featured on Broncos Country at 6 p.m. Saturday. “I think the similarities are there’s potentially a moving target. With the lockout we didn’t know if it was going to be two weeks of a lockout or if it was going to be all the way through the summer into any of the season. So there was a moving target.

Landow has sent workout programs to each player. And unlike most Americans, Landow did not take lightly the early news of the spreading novel virus. By taking the situation seriously, he was prepared when the country essentially shut down.

“We have great organizational leadership from Mr. Elway, Mr. Ellis and from coach Fangio,’’ Landow said. “What they do is entrust us to be pros at what we do and so when this looked like something that may happen, we reached out to our vendors and we created equipment-menu items that our players could purchase from these different vendors so that they could have some of the things that we have in our weight room.

“We did that in the middle of March. So we were well ahead of this.

“And then we saw these might be an optional or suggestive protocol that we’d be giving out. So we went out and made more than 200 videos and put them on an online platform where our players could have access to all of our workouts and to all the exercises we do on a video platform.’’

Still, there was no way for a player obeying stay-at-home and social distancing orders to replicate the 11 on 11 football engagement they would ordinarily get during May and June. Come late-July, it will be a challenge for Landow to devise a work-in program that minimizes the leg muscle pulls that are part of training camp under ordinary times.

Again, Landow believes Bronco players will be better prepared than most when it is time to report.

“Our players are pros,’’ he said. “They understand what’s expected of them from coach Fangio and his staff. I know our guys are out doing work and you want to make sure they’re not overdoing it at times and making sure they are pushing at other times as well.

“I think for any player at the lower altitudes, when they are able to travel and come back into Colorado, there has to be enough buffering time for them to get used to our altitude. Just like any year.”

As a positive-minded coach, Landow may believe in his players but the truth is not everyone on the Broncos’ 90-man roster will be properly football fit for the 2 ½-week camp that leads into the first preseason game August 15 against the 49ers. Landow, and the Broncos’ training staff led by Steve “Greek” Antonopulos and Vincent Garcia, will have to make adjustments not only through training camp, but as season goes along.

Try as the players might, they simply won’t be in typical football condition.

“We’ve dealt with these things before with holdouts and things like that. So we’ve had these type of scenarios at different times. Getting players from different organizations during trade deadlines – you’re not always sure what they’ve been doing on the front end.

“At the end of the day, these athletes are adaptable. They’ve prepared for this. This is what they do. And so we have to be smart on our end, in our room, on the strength and conditioning side that we make sure we take good care of these guys. But also push them to make them calloused enough to be able to handle the season that we’ll be having.’’