Simmons becomes the fourth Bronco to be nominated in multiple seasons for the award. 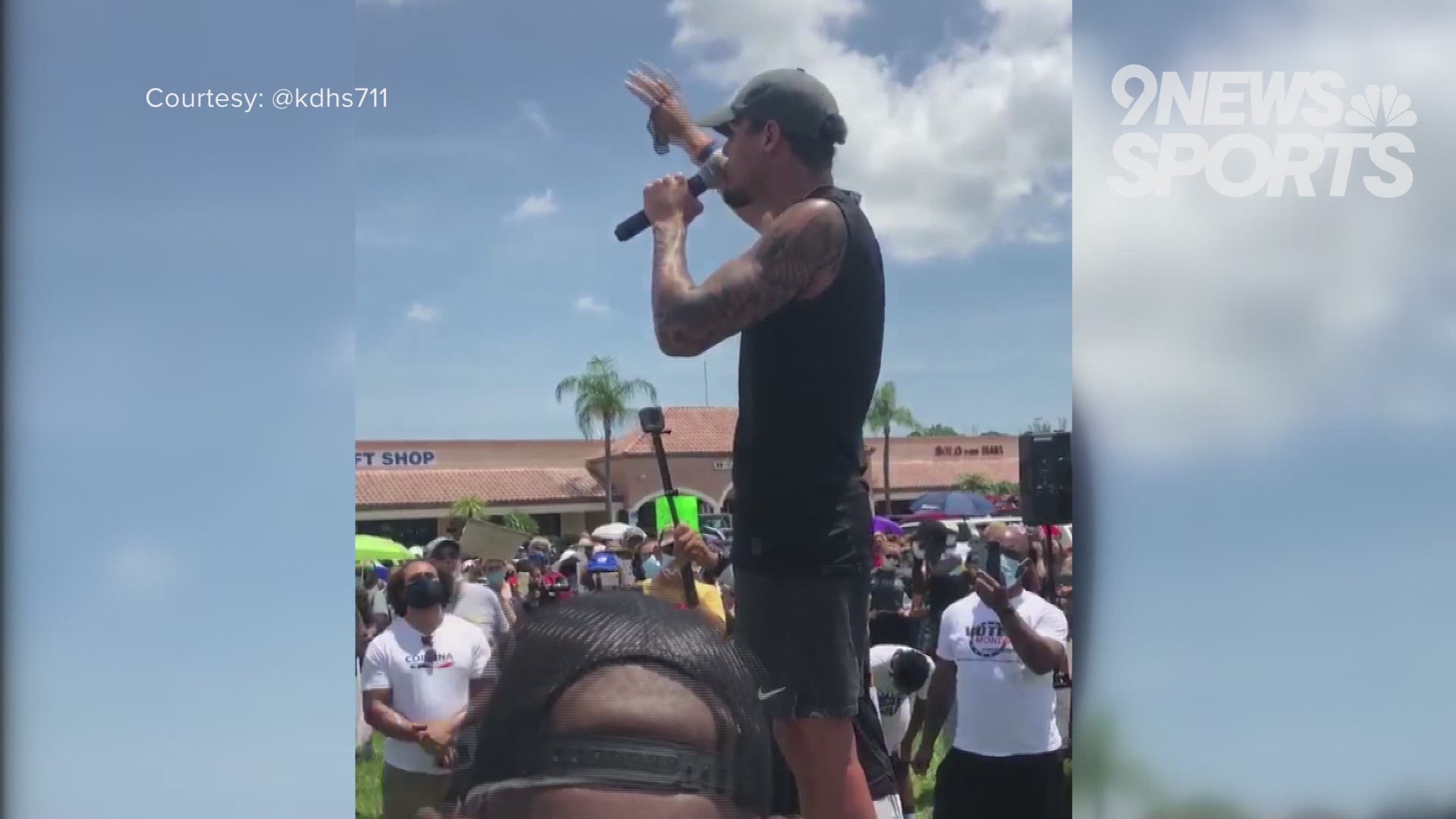 ENGLEWOOD, Colo. — A football player, and a good one, by day. A benefactor, and a great one, by night.

Once Justin Simmons puts in his time to prepare to play safety for the Denver Broncos, he gets his exhausted body out there during his free time to help others. A leader in the Broncos’ Black Lives Matter movement during the offseason, and a devoted volunteer who organized his own foundation that helps multiple causes, Simmons has been named the Broncos’ recipient of the Walter Payton Man of the Year award for a second consecutive year.

“I know I talked in depth about it last year, but this award is the most prestigious award in my opinion in the NFL,’’ Simmons said in a Zoom media call Thursday. “All-Pro, Pro Bowls, all the things that come with what you're chasing after as an NFL player—this award means the most to me personally.’’

All 32 teams nominate a candidate for the national Walter Payton Man of the Year award, which is announced during the NFL Honors program on Feb. 6, the eve of Super Bowl LV.

For the Broncos’ final four games this season, Simmons will have to lend a helping hand on the field as the team has lost its top three cornerbacks in the past two weeks – Bryce Callahan and Essang Bassey to injury and A.J. Bouye to suspension.

Third-round rookie Michael Ojemudia and journeyman De’Vante Bausby will start on the outside. Will Parks or Duke Dawson Jr. will handle the slot position.

Simmons, a second-team All-Pro last year who has a good chance to land his first Pro Bowl appearance this season, and his safety partner Kareem Jackson will have to play back on the warning track to protect against speedy Panthers receiver Robby Anderson, who torched the Broncos and cornerback Bradley Roby as a member of the New York Jets in 2018.

“My job doesn’t necessarily get harder, but I have to make sure that both Kareem and I are on top of the communication aspect on the back end,’’ Simmons said. “There are some things that don’t really need to be said when you have a certain flow and connection with certain people. When you get new guys in there, you have to reiterate the little things and make sure you guys are all on the same page because communication is big.”

Simmons was also nominated in 2019 for the award which recognizes a player for his outstanding leadership both on the field and in the community.

Simmons will wear a Walter Payton NFL Man of the Year helmet decal through the end of the season in recognition of his accomplishments on and off the field.

Simmons and the 31 other nominees will receive a donation of up to $50,000 in their name to a charity of their choice.

John Elway is the only Broncos player to win the national award in 1992.

All current players who have won the national award will wear a Man of the Year patch on their jerseys in perpetuity.

More information about the Walter Payton NFL Man of the Year Award can be found at nfl.com/manoftheyear.