Denver's new-look offense was unable to put any points on the scoreboard in the first half but scored its first touchdown late in fourth quarter. 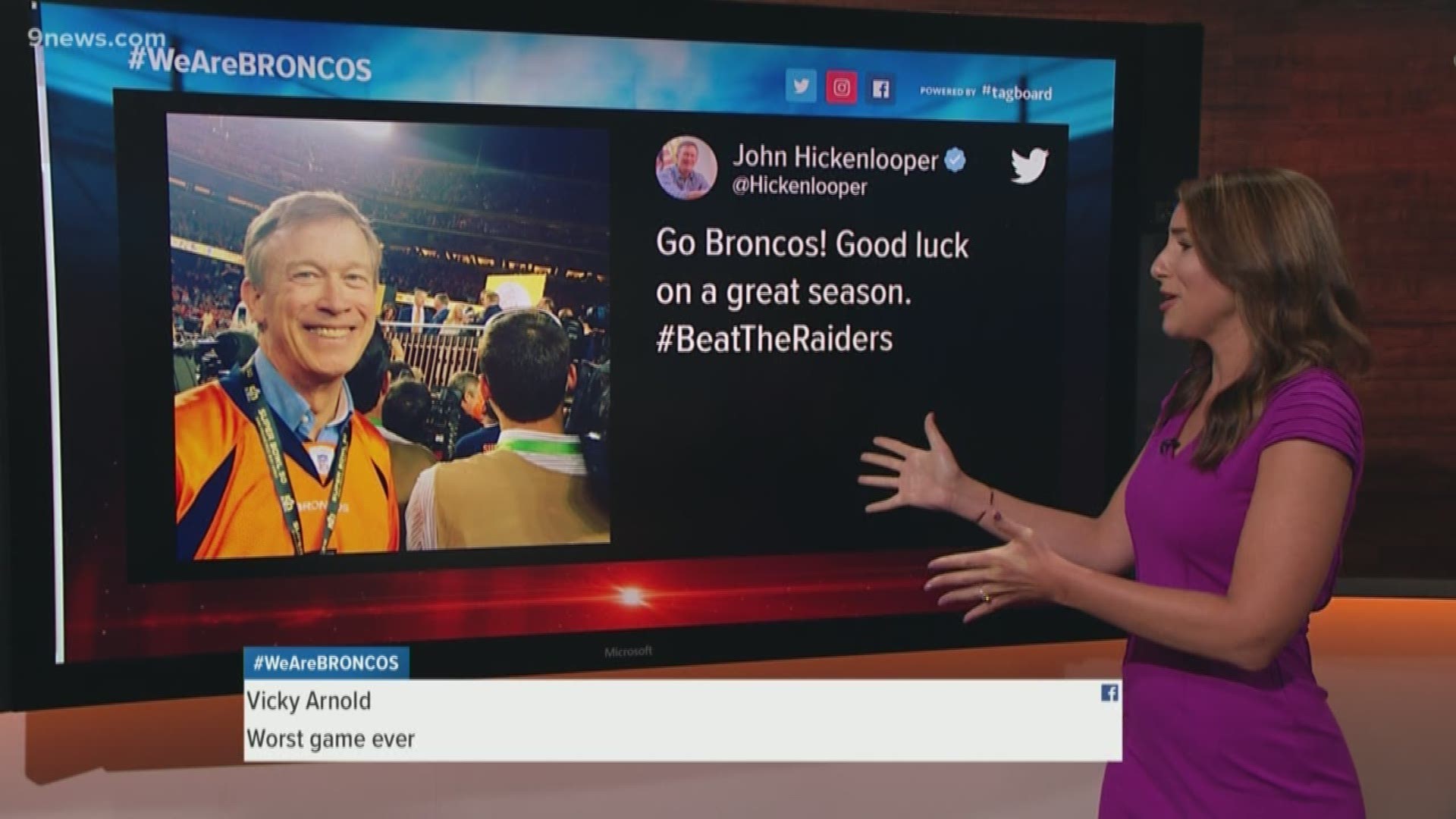 OAKLAND, Calif. — There were two conflicting reactions the Raiders could have regarding the insubordinate desertion of Antonio Brown.

One, transfer scorn into a defiant rally. The other was to suffer from the enormous talent void that Brown left in his wake on his way to New England.

The answer came in the minutes between the Raiders’ starting lineup introductions and the playing of the National Anthem.

The Raiders used a strong first half to beat the Broncos, 24-16, Monday night in the season opener at Oakland-Alameda County Stadium.

“I mean obviously when you come in somewhere and you let them get a tackle for a loss on the first play, they’re going to have some emotion,'' said Broncos quarterback Joe Flacco, who played an ecnouraging game in defeat, posting a 105.3 passer rating on 21 of 31 passing for 268 yards and a touchdown. "The crowd is going to play into that and all those things, but I really do feel like even on a couple of those drives we got some things going, but it was really what we did or didn’t do that ended up hurting us. I think if we didn’t do those things, then you would have felt some of the emotion and some of the excitement of the crowd go out of it, kind of leave the stadium, but we just weren’t able to put it together. We were a little sloppy in how we executed.”

Midway through the fourth quarter, the Raiders had finished their three sustained drives with touchdowns while the Broncos' three lengthy drives ended with relatively short Brandon McManus' field goals.

Do the football scoring math and the Raiders led, 21-9.

“At the end of the day, it ended up being they were able to score,'' Flacco said. "They got the ball down there and kept the momentum of the drive, and we weren’t.”

At halftime, the Raiders were dominating the Broncos on both sides of the ball and leading, 14-0. Raiders quarterback Derek Carr was a preposterous 15 of 16 passing at halftime for 168 yards and a touchdown, which capped the game’s opening drive. He finished 22 of 26 for 259 yards. Raiders rookie running back Josh Jacobs was controlling the clock in the fourth quarter and while he only had 85 yards on 23 carries, he scored two touchdowns.

Credit: AP
Oakland Raiders outside linebacker Vontaze Burfict celebrates after a play during the first half of an NFL football game against the Denver Broncos Monday, Sept. 9, 2019, in Oakland, Calif. (AP Photo/Ben Margot)

The Broncos with first-year head coach Vic Fangio made a serious adjustment at halftime, though, as they drove for a short, Brandon McManus' field goal on their first drive of the second half, then held the Raiders to a three-and-out on Denver's first defensive series. The Broncos were driving deep in Oakland territory on their second possession of the third quarter when play was interrupted because of a serious injury to Oakland defensive back Gareon Conley.

The Broncos drive ended with another McManus' short field goal after DaeSean Hamilton dropped a touchdown pass from Joe Flacco.

"Tried to catch it with my body,'' Hamilton said. "I don’t catch the ball in my body. Dropped it. Game-changer right there in my eyes. It would have changed the game.’’

Still, the Broncos had momentum while trailing, 14-6 with 3:36 left in the third quarter.

They were trailing, 24-9 late midway through the fourth quarter, but Flacco passed the Broncos down field before finishing the series with a 1-yard touchdown throw to Emmanuel Sanders. The Broncos were within 24-16 with 2:15 left.

But the Denver D couldn't stop Carr or Jacobs, who each picked up a first down to run out the clock. The Broncos had their seven-game season opening winning streak snapped.

Fangio's message to his team postgame?

“That I was extremely disappointed in the loss, but not discouraged,'' he said. "I think once we see some of the mistakes we made, or plays we didn’t make, that we can see that we can be better than we played tonight.”

The Raiders won the opening coin toss and instead of deferring to the second half, they said give us the ball. They took the opening kickoff, then sliced up Fangio’s Denver Defense on a methodical, 10-play, 72-yard opening drive that finished a little more than 6 minutes into the game with an 8-yard touchdown pass from Carr to Tyrell Williams.

Williams had been the Raiders’ No. 2 receiver. And then Brown set himself free.

Carr dissected the middle of the Broncos’ defense with completion after completion. When he went outside or downfield, Carr picked on right cornerback Isaac Yiadom, who started in place of the still injured Bryce Callahan.

The Broncos are worried about Callahan, who is bothered by the same foot he broke to prematurely end his season with the Bears last year.

Carr engineered a 95-yard touchdown drive in the second quarter, with the big play a 43-yard completion to Williams that burned Yiadom.

The Broncos’ offense, meanwhile, got a couple nice medium-range post completions from new starting quarterback Joe Flacco to receiver Courtland Sutton, but otherwise couldn’t sustain a drive. Fittingly, Brandon McManus’ 64-yard field goal attempt to end the half was right down the middle – but a yard short.

Sutton was the Broncos' top receiver with 7 catches for 120 yards. Sanders took a while to get going but finished with 5 catches for 86 yards and a touchdown.

Royce Freeman was the Broncos' leading rusher with 56 yards off 10 carries. Phillip Lindsay was held to 43 yards on 11 carries.

RELATED: Swapping the highs and lows of Broncos cut day

RELATED: Klis List: What the Broncos must do to beat the Antonio Brown-less Raiders