Gordon did plead guilty to a reckless driving charge stemming from his speeding ticket. But with DUI charges dismissed, Gordon stays with Broncos. 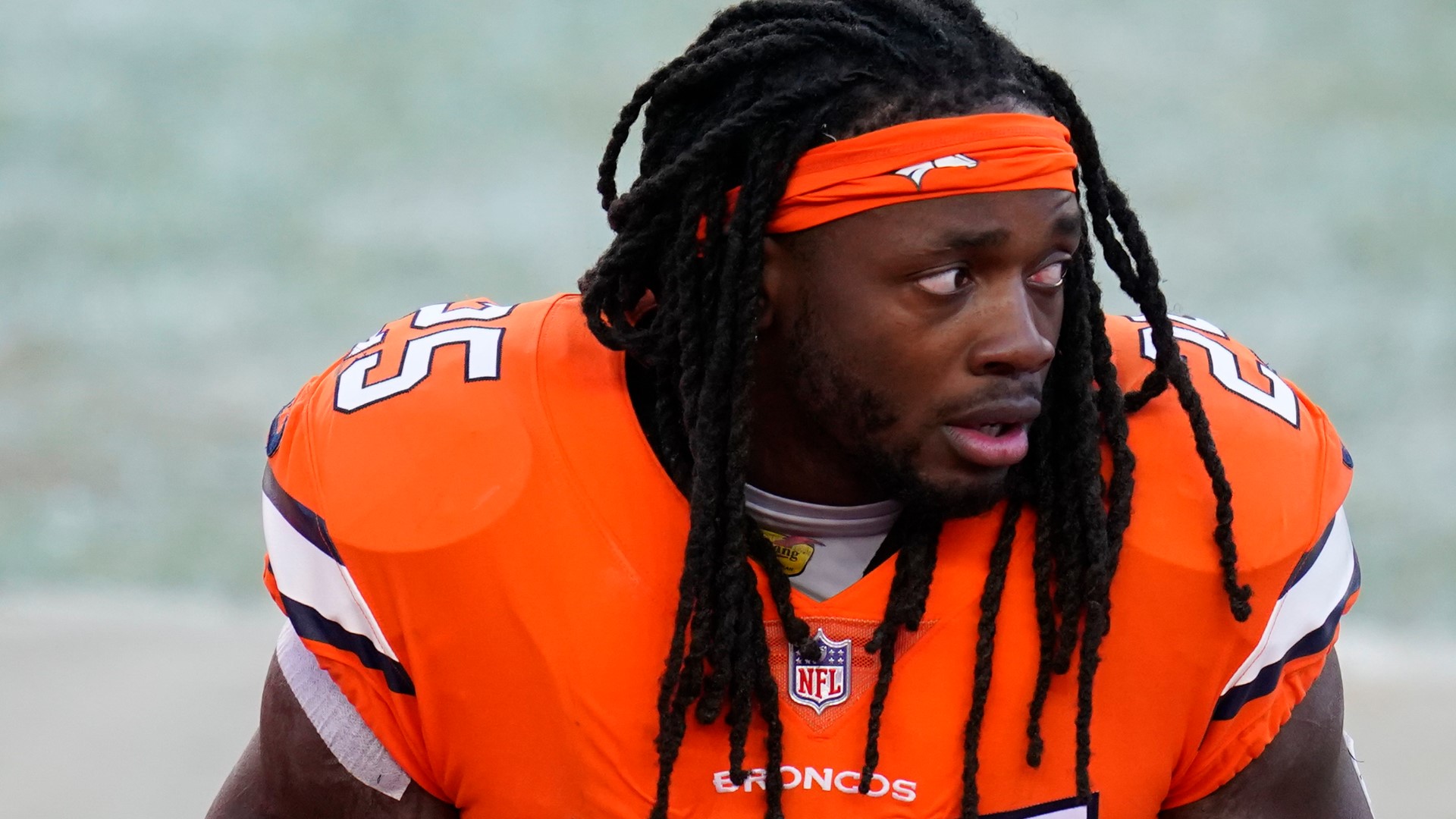 DENVER — Melvin Gordon will most likely return as the Denver Broncos' running back in 2021 after the Denver District Attorney's office dismissed the two driving under the influence charges against him Wednesday morning.

At a disposition hearing before Denver District Judge Olympia Fay, Gordon did accept an added reckless driving charge stemming from the speeding summons he received late on the night of Oct. 13, 2020. For that charge, he was ordered to serve 12 hours of community service (which he already served during the 2020 season through the Broncos' community programs) and pay a $250 fine, plus another $229 in court costs. He also received an 8-point penalty, a little more than usual because Judge Fay said Gordon was a "habitual traffic offender."

Deputy District Attorney Mary Krenzen told the court her office was dismissing the DUI charges "based on issues with the stop in this case that would have led to some likely suppression (of evidence) issues, the People cannot prove a ... driving under the influence case beyond a reasonable doubt.''

When pulled over after policed clocked him going 71 mph in a 35 mph zone, Gordon either refused, or was not offered, a breathalyzer test. The police report only said he was offered a field sobriety test, which police said he did not pass satisfactorily.

Any type of plea to the DUI charge -- both Krenzen and Gordon's attorney Robert Malen made it clear the reckless driving charge was separate from the DUI charges -- would have resulted in a three-game suspension for violating the NFL's substance abuse policy. Worse, a DUI charge would have allowed the Broncos to void the $4.5 million guaranteed base salary Gordon has coming to him in 2021.

Without that $4.5 million guarantee, the Broncos could have released Gordon. Now, he likely to return as he has not only the $4.5 million salary but a $2 million bonus for reporting to training camp. Roster bonuses push Gordon's compensation to $6.97 million in 2021.

It's still possible, if not likely, for the NFL to conduct its own ruling in Gordon's DUI matter -- although the court agreed to Gordon's blood alcohol test results would be suppressed because of the police stop issues. Michael Rankin of NFL security observed Gordon's disposition hearing Tuesday.

"We feel the dismissed charges speak for themselves, the DUI charges have been dismissed,'' said Gordon attorney Eric Nesbitt. "We don't think the league should impose any sanctions or discipline based on a reckless driving charge.

"As you know the commissioner has a great deal of discretion under the collective bargaining agreement, but we feel confident with today's results there should not be any discipline imposed. We've confirmed with the NFLPA on that and feel pretty good about it."