As Drew Lock braces, 9 candidates for Broncos' No. 9 draft pick 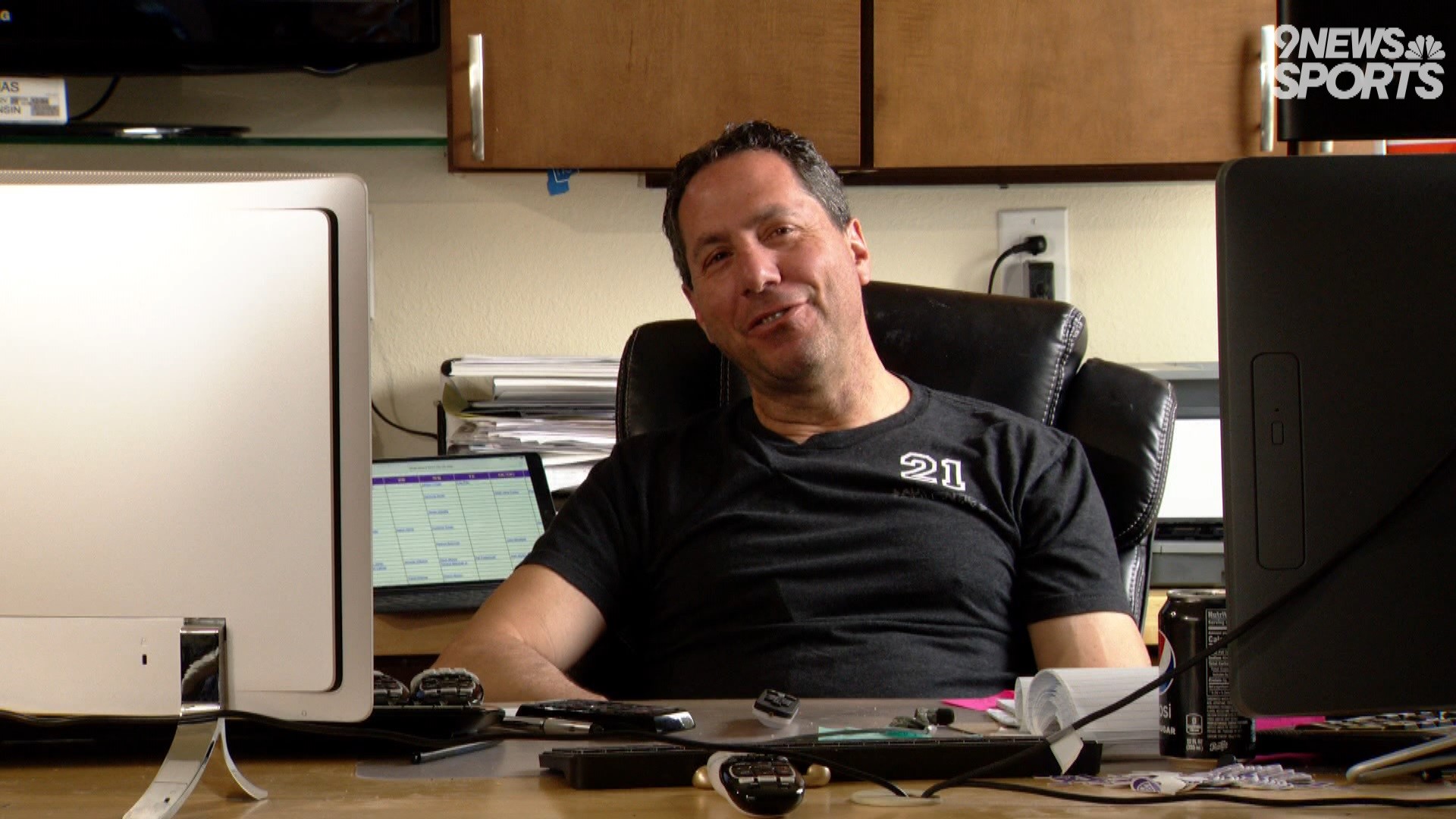 ENGLEWOOD, Colo. — Drew Lock need not fret over a second-round draft pick. He’s one himself, a second-rounder from two years ago who has 19 NFL starts, eight wins, 3,953 passing yards and 23 touchdown throws on his quarterback resume, all before his 25th birthday.

If Broncos new general manager George Paton selects a quarterback in the second round or later this week, Lock can still lay claim as the Broncos’ future.

> Above video: How an agent prepares for the NFL Draft.

It’s the first round that Lock must sweat out. He’s had to brace himself all off season. Through the Matthew Stafford trade talks. Through his team’s reported interest in Deshaun Watson and Teddy Bridgewater. Through Paton’s Pro Day visits of projected top 10 quarterback prospects Trey Lance, Justin Fields and Zach Wilson – although not Trevor Lawrence, who is too far out of reach, or Mac Jones, who might also be.

Paton and the Broncos have the No. 9 overall pick when the NFL Draft begins Thursday evening with the 32 selections of the first round. Picks in the second and third round will be conducted Friday. Rounds four through seven will be executed Saturday.

There are 5 quarterbacks considered worthy of top 10 selections. Trevor Lawrence and Zach Wilson are going 1-2, to Jacksonville and the New York Jets, respectively. The Next Three Quarterbacks are Jones, Fields and Lance.

Jones is the expected choice for the 49ers at No. 3. It’s not a certainty as the 49ers have done a decent job of not tipping whether their QB choice will be Jones, Fields or Lance. But most likely, the Broncos will have Fields or Lance to choose from, provided they deem one worthy of the No. 9 selection.

Fields, Lance or best non-QB position player available will likely be Paton’s choices. If they don’t wind up with Jones, Fields or Lance, perhaps the Broncos will consider one from the next wave of quarterbacks, Stanford’s Davis Mills, Texas A&M’s Kellen Mond  or Florida’s Kyle Trask. But starting with the second round, Lock can exhale. Not relax, necessarily. But he can take a deep breath.

Until then, here are 9 candidates for the Broncos’ selection with their No. 9 draft pick:

From the Next Three, Jones would make the most sense for the Broncos. Offensive coordinator Pat Shurmur runs a pro style system. Jones is the most pro-ready QB from the Next Three group that also includes Justin Fields and Trey Lance.

Fields and Lance have greater upside than Jones because they’re considerably more mobile and athletic. Athletically, Jones is more of an early, second-round-caliber QB than a top 10 pick. But Jones is terrific throwing from the pocket, and off play action and no matter how much the QB position has evolved in the NFL to where he must now be able to move, the game is still primarily won from the pocket.

Jones completed 77.4 percent of his passes last year while leading the Crimson Tide to a 13-0 record and the national championship. Yes, he had terrific receivers led by Heisman Trophy winner Devonta Smith. But Jones hit ‘em in stride. Jones threw 41 touchdown passes against 4 interceptions. His targets may have been open from here to Miami Gardens. But he hit ‘em. In stride.

A two-year starter for the Buckeyes after transferring from Georgia, Fields was sensational two years ago as a sophomore, throwing for 41 touchdowns against just 3 interceptions while rushing for 10 touchdowns. There has been discussion that Fields would cause a team to change its offense to a spread-‘em-out, read-option, college system. His ability to flourish from the pocket is subject to debate.

He would probably need a half-season to observe and absorb before he’s thrown out there. Then again young quarterbacks who can move around have been known to have early success merely through athleticism alone. For Broncos general manager George Paton, does he want to take a QB knowing if all goes well he won’t be picking in the top 10 again for years to come?

Fields need refining. But the talent is there to be formed. If the Broncos wind up with Fields, Lock’s days as the team’s starting quarterback will be numbered. With the number starting at less than 365.

Everything about him physically tantalizes scouts. He is almost perfectly proportioned at 6-foot-3, 225 pounds with a thick trunk. His 28 touchdowns against 0 interceptions as a sophomore, even against (formerly known as) Division I-AA competition, speaks to how well he processes the passing lanes with 11 defensive players flying around.

He may have the highest ceiling among the Next Three, but he is also considered the most raw. While, he too, could wing it and win games with his athleticism as a rookie, he would most benefit from sitting out his rookie year.

Selecting Lance would deviate from how Paton has gone about his business this offseason. Rather than rebuild, Paton decided to go pretty much all in on the 2021 Broncos. You don’t re-sign Von Miller or Kareem Jackson if you’re rebuilding. You might not bring back Shelby Harris at $9million. You don’t add veteran cornerbacks Ronald Darby and Kyle Fuller at a combined $19.5 million in 2021.

Lance would be a pick for the future, not necessarily 2021. Then again, maybe at the QB position, Paton would be willing to deviate with hopes of hitting a quarterback home run for the future. Patrick Mahomes, remember, sat his rookie year.

This would have been a slam-dunk choice for the Broncos had the draft been held before free agency. The additions of Darby and Fuller, along with the return of Bryce Callahan, would seem to make the cornerback position a low priority for the Broncos.

Then again, Surtain could be viewed as the cleanest and safest among the non-QB prospects in the draft. With the contracts of Fuller and Callahan expiring after this season, Surtain could work his way in as a rookie, and become a Pro Bowler under team control for five seasons at a premium (re: highly paid) position.

It wouldn’t be a surprise if Surtain is gone by the Broncos’ No. 9 overall selection.

Let’s go through the mock exercise. The top three picks are QBs. Atlanta with its No. 4 pick takes tight end Kyle Pitts. The Bengals at No. 5 can’t resist taking Joe Burrow’s favorite college receiver Ja’Marr Chase. With two more QBs, at least two more receivers, and Surtain available for No. 6  Miami, No. 7 Detroit and No. 8 Carolina, it’s possible Sewell – widely considered the No. 3 overall prospect as the draft season began three months ago – could still be around by the Broncos’ pick at No. 9.

Sewell would come at the expense of Ja’Wuan James at right tackle. James is guaranteed $10 million this season so either he becomes an awfully expensive backup or Paton goes in another direction with this pick. But after James essentially missed his first two, and only two, seasons with the Broncos, it must be difficult for management and coaches to trust he’ll be there through a 17-game schedule this season.

Garett Bolles is set at left tackle, but the Broncos could use depth behind James and mostly untested swing tackle Calvin Anderson.

This would be the pick that would fill the greatest position of need. Broncos head coach and defensive boss Vic Fangio has said the greatest change in the game the past 5 to 10 years has been the elimination of the fullback in exchange for a third receiver or second tight end who can catch. That puts a premium on versatile, three-down inside linebackers who can fill the gaps against the run, and run down the seams to cover the right end.

The 6-foot-2, 245-pound Parson has the speed, athleticism, instincts and range to become a great middle linebacker. But he will need some coaching up. He’s not a natural in pass coverage as he was a defensive end in high school who converted first to the edge, then to the inside at Penn State. He opted out of his junior season last year, so there’s risk here about how much of his superior skill set he has retained.

There are some character red flags stemming from behavior. The Broncos currently have two young returning starting inside linebackers in Alexander Johnson and Josey Jewell. While both are solid, neither has the type of foot speed that can keep up with the tight end likes of Darren Waller and Travis Kelce in the AFC West.

A possible trade-back selection – but not too far back. He’s moved ahead of Caleb Farley as the second-best cornerback in the draft. Son of former four-time Pro Bowl receiver Joe Horn, Jaycee opted out from his team’s final three games last season. He is an aggressive, good-tackling corner who could be a better fit for the Broncos than Surtain because he can play the slot. Paton personally watched Horn’s Pro Day performance.

Another trade back possibility as there are no top 10 pass rushers in this year’s draft. A Bradley Chubb-type at 6-2 ½, 272 pounds, Paye has the combination of power and first-step explosiveness. He’s a projection, though, as he didn’t have great sack production at Michigan – 11.5 in four years. Miami’s Jaelan Phillips and  Gregory Rousseau are two other trade-back, first-round edge rusher possibilities.

Another trade-back position. At 5-10, 215 pounds who came on as a pass catcher the past two seasons, Etienne can be viewed as better complement to Broncos’ starting running back Melvin Gordon III than Alabama’s Najee Harris. Etienne is more elusive and can play in space; Harris is a 230-pound bruiser, although he’s also a good receiver and has tremendous agility for his size.