After infection stemming from 2015 surgery, Broncos’ Clinton McDonald expected to be cleared to play

Defensive tackle Clinton McDonald signed with the Denver Broncos back in March. 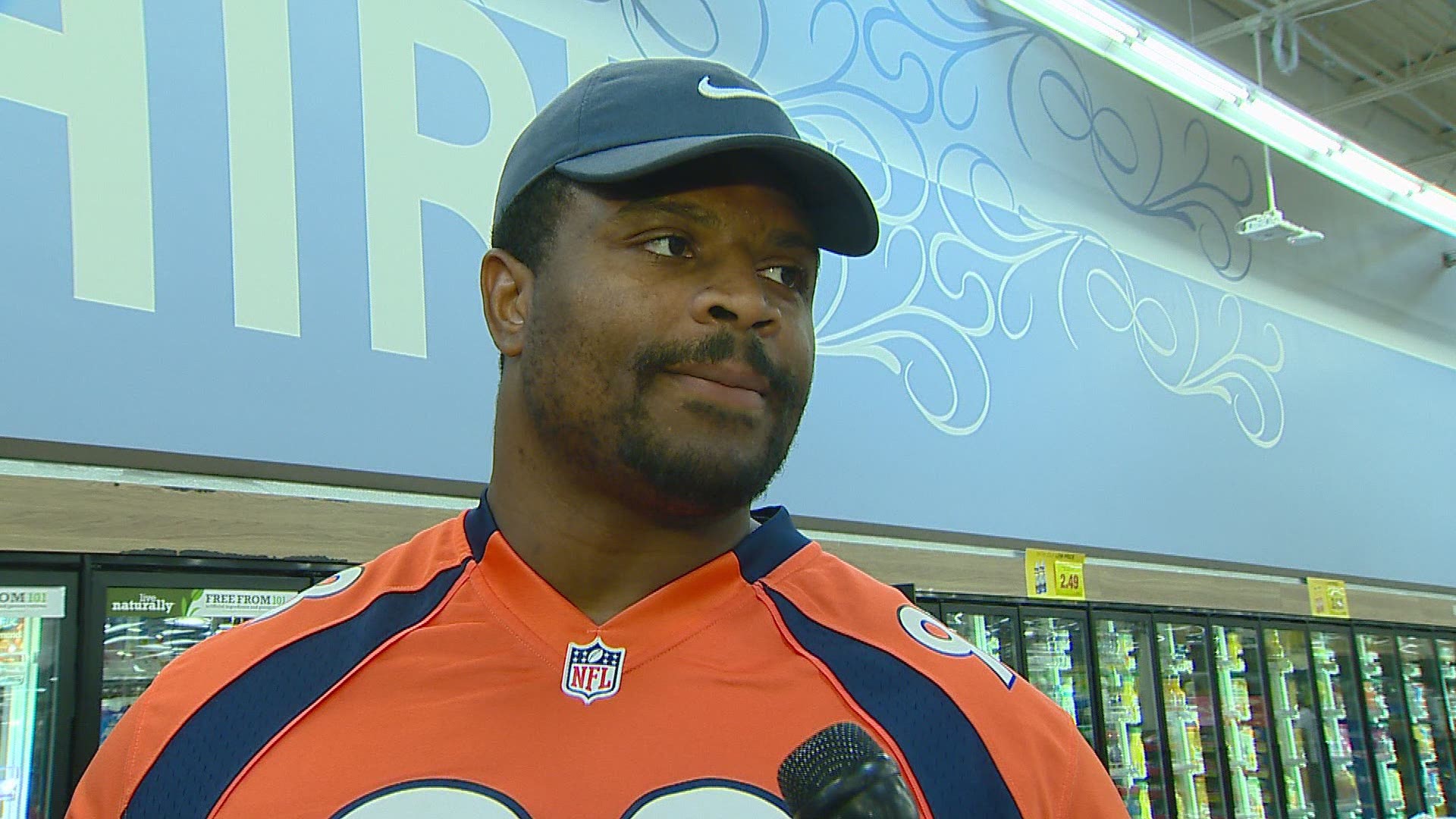 PARKER – New Broncos defensive lineman Clinton McDonald knew something was wrong, but darn if medical people could figure out what it was.

Finally, Dr. David Altchek, a noted sports surgeon from New York, determined McDonald was suffering from a bacterial infection stemming from hardware inserted into his right shoulder/pectoral area during a 2015 surgery.

Which to an elite athlete can be scarier than the usual ligament tear/broken bone injury varieties.

“I always had faith in what was going on,’’ McDonald said Monday during a back-to-school shopping function for kids at King Soopers. “It was a peculiar situation. It was something I had never been involved with or never came upon me early in my career.

“Last year, I really didn’t have any complications that held me back. It was just one of the trying times where it presses your faith, but you have confidence in what God gave you. He has been involved in my life since Day 1.

“It was a little scary, a little trying, but now I feel like God has restored me and I’m happy to go out there for the Denver Broncos.’’

Dr. Altchek has cleared McDonald to resume football activities and the well-shaped, 6-foot-2, 297-pound interior defensive lineman has been working out for about six weeks. McDonald said all he has left is to clear an exam from Broncos’ team physical Dr. Martin Boublik on Tuesday and he’ll be ready to go for training camp when it commences Saturday morning.

RELATED | Clinton McDonald on choosing Denver: "I mean, who wouldn't want to be a Bronco?"

After just signing with the Broncos, McDonald, 31 and about to play his ninth NFL season, missed his new team’s entire offseason program as he made his share of trips to New York to get his infection checked.

“Been a long spring for me,’’ he said. “One that hasn’t been as physical as I wanted it to be. But I’ve been working out. I got my vigor back, my attitude back. I’ve been working out with Derek Wolfe, Domata Peko and some of the guys and I’m just excited to be here as a Denver Bronco to contribute for the team and I’m excited for this training camp.’’

The Broncos were aware of McDonald’s condition, but they signed him anyway to a two-year, $7 million contract that included a $4 million guarantee in 2018. John Elway wanted those 8.5 sacks McDonald got from his defensive tackle position the previous two years with Tampa Bay despite the discomfort he felt in his shoulder area.

“That’s my forte along with stopping the run and giving great effort on screens,’’ said McDonald, who started for the Seattle Seahawks when they crushed the Broncos in Super Bowl 48 in New Jersey. “I feel like they have a great roster upfront as far as the O-line and D-line. It just takes camaraderie. Playing with high-caliber teams, I feel like we’ve got guys who want to play here. We’ve got guys that want to give effort. They want more than a 5-11 team. They want to go back to the Super Bowl and that’s my whole objective. I’m going to do everything possible to add to that.’’

The infection did not cause the Broncos to restructure McDonald’s contract. There was a minicamp deadline in mid-June and when the infection hadn’t cleared by then, it meant McDonald had to surrender his guarantees. He can still make the $4 million back through salary and per-game roster bonuses.

“I think the most difficult thing was not the contract but not being able to perfect your craft. You’re not able to work,’’ he said. “It’s more of a mental rather than a physical setback.

“I’ve still got a chance to earn my money but at the same time the club had to do what was in the best interest of what they were doing. It’s a business as well as a sport. I understand that. There’s no hard feelings.’’