Bowlen children open up about having two parents with Alzheimer's 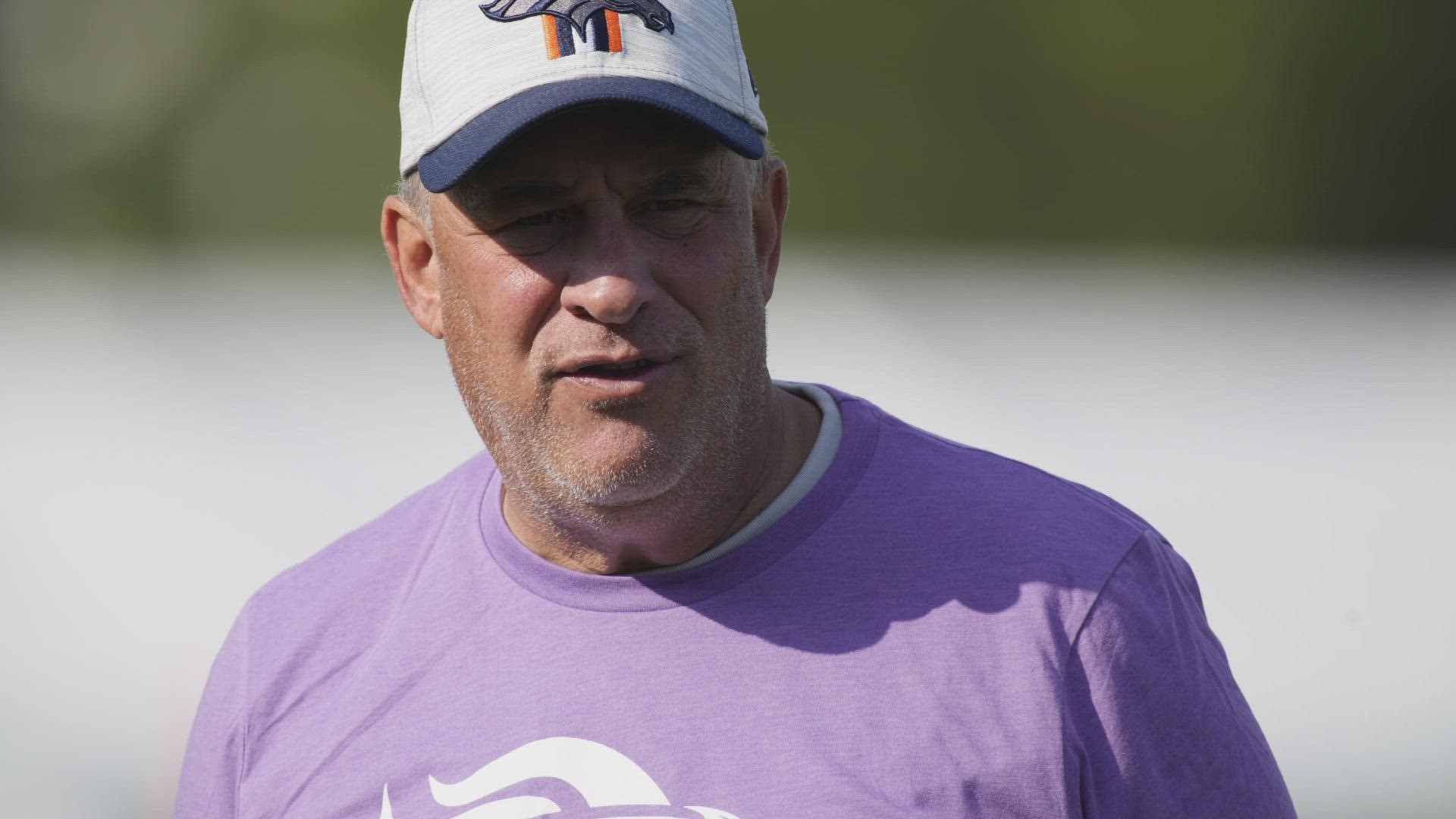 ENGLEWOOD, Colo. — They grew up in the public spotlight even if they never asked to be there.

Forget for a moment the drama and reports of potential riches that have circulated around them in recent months and consider seven Bowlen children lost their dad to Alzheimer’s. And for five of the seven, both parents have been afflicted with the insidious neurodegenerative disorder.

“The battle sometimes feels like it’s never going to end,'' said Patrick Bowlen, the oldest of Pat and Annabel's five children. "But hopefully we’ll get closer and closer to a good result.”

“All I try to remember is my dad would say, be tough,'’’ said Annabel, known as 'Lil Bel,' the second youngest of the Bowlen children. “We are tough. We hang in there and we’re a strong family. It isn’t easy but I’m staying strong.”

Pat Bowlen was the Broncos’ owner for more than 30 years. He was so successful both as leader of the Broncos and growing the game’s popularity for the NFL that he was elected into the Pro Football Hall of Fame months before he died from complications of Alzheimer’s in June 2019. His wife Annabel -- and mom to Patrick, Johnny, Brittany, Annabel and Christianna -- was diagnosed with Alzheimer’s in 2018.

The Broncos held Alzheimer’s Awareness Day at training camp Wednesday. The team combined with Empower Retirement to make a $50,000 donation to the Colorado chapter of the Alzheimer’s Association, where Nancy Thompson serves as senior director.

There are more than 76,000 people in Colorado who have Alzheimer’s and there is nearly double that in the disease’s caregivers.

Brittany Bowlen, who holds a senior executive position with the Broncos, took a second to gather her thoughts and emotions before speaking about what it’s like to have two parents who have dealt with the disease.

“Any family that has to go through this, it’s hard,’’ she said. “In many cases it’s a 10-year process and you lose someone mentally and then you lose them physically. So it’s almost like you experience two deaths. And to do that twice, it’s hard. But if you have the support of family and you surround yourself with the right community organization with the right friends you find the strength to get through it.”

The daughters were asked how their mom is doing.

“Mom’s doing good,’’ Lil Bel said. “She’s really happy. She still has that bright smile on her face and she’s super loving and kind. It isn’t easy but she’s doing well for the circumstances.”

“That’s a hard question to answer,’’ Brittany said. “Sometimes I like to tell people, maybe instead of asking that, you say I’m thinking about your loved one. … There’s good days and there’s bad days. And you don’t know when you ask someone that question if you’re going to catch them on a good day or bad day. … So the best way to answer that is she’s doing great. She’s an incredibly strong human and I have an immense level of respect for her.”

There has recently been an FDA-approved breakthrough in the treatment for Alzheimer’s, which has also brought the Bowlen children hope that science is closer to a cure.

“There’s signs of brightness in other places in the world,'' Patrick said.

“I truly hope so and I think we’re very close,’’ Lil Bel said. “We’re just not there yet. I am out there fighting every day to find a cure. I try to give back to the community and make them aware of the disease and how prevalent it is, especially in Colorado. The only way we’re going to get a cure is if we get the support of everybody.”

“There needs to be more research and everyone knows it,’’ Brittany said. “In order to make research happen, we need dollars and that’s why fundraising is really important to my family.”

RELATED: Brittany Bowlen returns to Broncos as VP; takes 'next step' in succeeding her father