Providing Von Miller and Bradley Chubb are back to their Pro Bowl selves, the Broncos could have a mismatch advantage Sunday against the Giants. 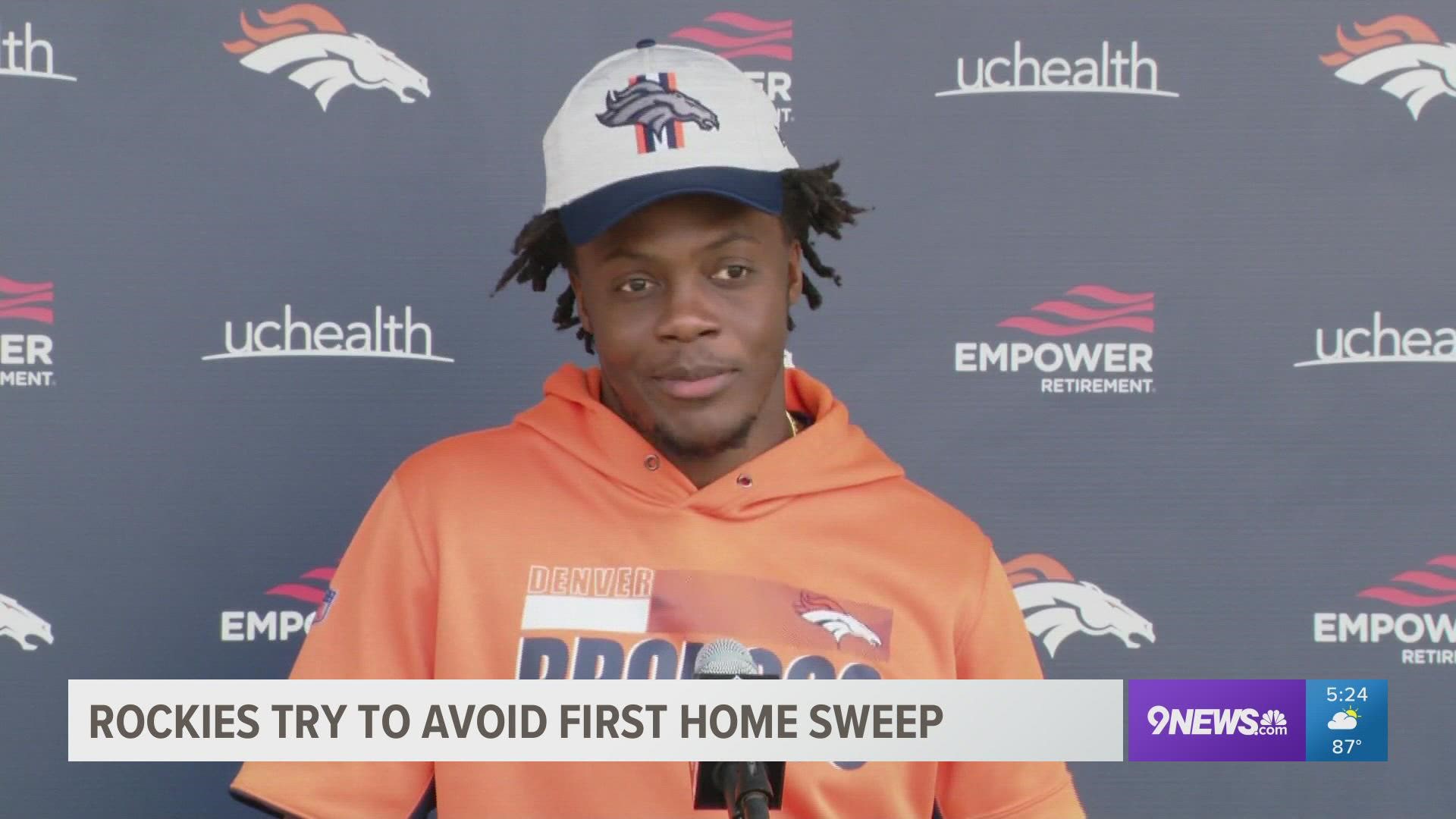 ENGLEWOOD, Colo. — Providing Von Miller and Bradley Chubb are back to their Pro Bowl selves, the Broncos could have a potential mismatch advantage Sunday against the New York Giants: Miller and Chubb as Broncos’ outside pass rushers vs. Giants’ offensive tackles Andrew Thomas and Nate Solder.

Thomas, the No. 4 overall draft pick out of Georgia last year, struggled as a rookie and was panned for his performance in the Giants’ final preseason game two weeks ago against New England.

Solder, who hails from Buena Vista and the University of Colorado and is a first-round, 2011 draft classmate of Miller’s, is 33 years old and is switching to right tackle. He opted out of last season because of potential family considerations.

> Video above: The latest on Teddy Bridgewater, Bradley Chubb

The question Miller and Chubb must answer, of course, is whether they can return to form. It’s been three years since either Miller or Chubb put up double-digit sack totals. Chubb is coming off late-spring surgery to his left ankle and he recently injured his right ankle, causing him to miss a week or so of practices until he returned on a limited basis Thursday.

Miller missed all of last season after tearing an ankle tendon during an indoor practice on turf days before the Broncos’ 2020 season opener against Tennessee. That injury, and the circumstances behind it, caused Miller to postpone his preseason comeback until the Broncos played on grass at home against the Rams.

The Giants’ home of MetLife Stadium is an artificial surface.

Offensive linemen are the last group who get positive recognition from fans and media, but they are usually the most respected men within a football locker room. Yet, when Broncos players elected six captains this year, not one blocker was honored. That includes Garett Bolles, the Broncos’ only All Pro selection (second team) last year.

"Hey, man, I just work here,’’ Bolles said Thursday. “I just do my job. The guys that they wanted, that's it. I mean, it's interesting. Every team in the league has an offensive lineman as a captain. I'm not there yet and so hopefully one day I can be, or if it's somebody else. Like I said, I come in, I grab my sword, I grab my shield, I put my helmet on and I go to battle. That's my job."

Dismissed as the New York Giants head coach after the 2019 season just two years into his five-year contract, Pat Shurmur could have done what many fired coaches do and taken a year off to catch his breath, reenergize and deposit the remaining millions on his contract in his bank account.

“I’m not really good at catching my breath,’’ Shurmur said. “I’m an educator, a coach by trade, and so I wanted to do that. I kind of had a professional relationship with Vic prior to coming here. When I went to New York I sort of talked to him about maybe coming there, but the Bears did a good job of keeping him, so I had a relationship there. I wanted to coach. It’s what I do, and I wanted to go somewhere and have an impact.”

“I worked really hard with those guys in that building for two years and I sort of root for them—not so much this week probably, but I want them to have success,” Shurmur said.

RELATED: Klis' Mike Drop podcast: Week 1 of the 2021 season is finally here as the Broncos ready for the Giants, 1-on-1 with starting QB Teddy Bridgewater