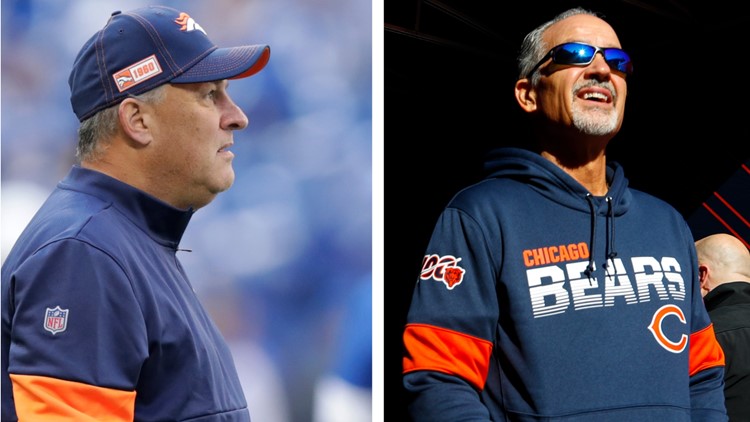 INDIANAPOLIS — From behind the plants in the downtown hotel lobby shared by the Broncos and Chicago Bears here at the NFL Combine, you hear things.

Among them: Hey, what d’ya hear about us getting together for practices for a few days in August?

The Broncos and Bears are planning to hold joint practices as part of their preseason schedule, sources told 9NEWS from the lobby of the team’s hotel here Monday.

The arrangement is not finalized as NFL schedule makers first have to pit the Bears against the Broncos in a preseason game at Empower Field at Mile High.

But it only makes sense. Broncos head coach Vic Fangio well knows the Bears’ organization, having served as its defensive coordinator from 2015-18. His replacement as Bears defensive coordinator, Chuck Pagano, is Boulder-raised and older brother of Broncos’ outside linebackers coach John Pagano.

If the Broncos-Bears’ practice-preseason game is set as expected, it would be the 15th time Denver has held such an arrangement in team history and seventh year in a row.

It would also be the seventh time Fangio has been involved in a Broncos’ joint practice. He was on the New Orleans Saints’ staff in 1986, when they practiced against the Broncos in Greeley; the Carolina Panthers’ staff in 1996 when they practiced in Greeley; the Houston Texans’ staff in 2003 and 2005 when the Broncos went to Houston for practices and a preseason game; the 2018 Bears that practiced at the Broncos’ headquarters in Englewood; last year as Broncos’ head coach against the 49ers in Englewood and perhaps this season against his former Bears at UCHealth Training Center.