Fangio confident Lock can improve but 'until he proves to be next great quarterback, we're going to bring in competition'

Broncos head coach adds high praise for new GM Paton. Better defensive players, improvement of his own a key for 2021. 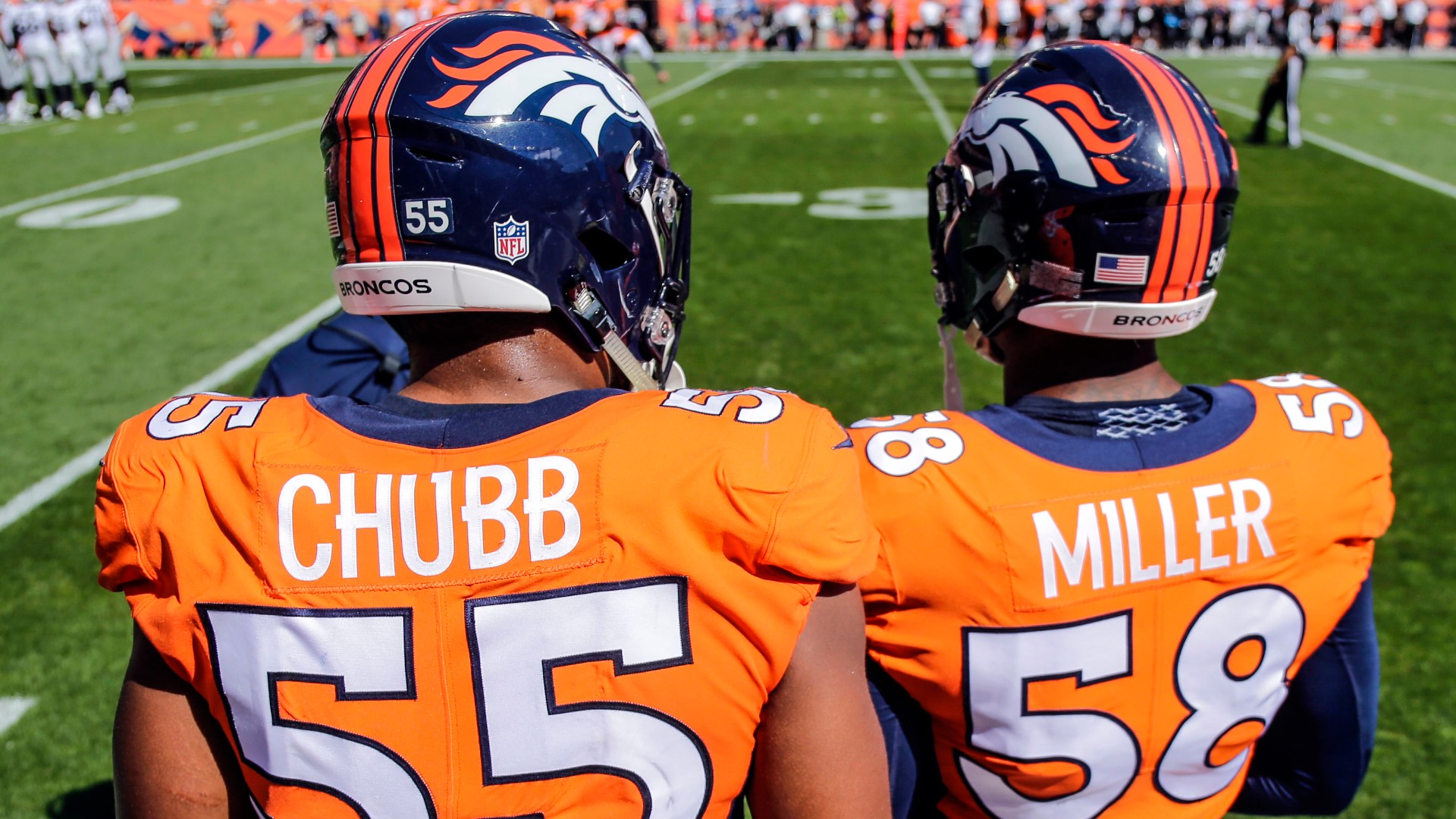 ENGLEWOOD, Colo. — There was an honest attempt to acquire Matthew Stafford.

Deshaun Watson wants to hear what the Denver Broncos have to offer if Houston ever makes him available. Which at this point is a big "IF." The Broncos in turn would  be expected to make their sales pitch (starting with the number of young, impact pass catchers and decent offensive line they have) to Watson.

Teddy Bridgewater, Sam Darnold, Mitch Trubisky, Jacoby Brissett and Andy Dalton would all make sense as a veteran quarterback who could come in and compete with Lock for the Broncos’ starting quarterback job.

The Broncos are clearly looking to upgrade their QB position. Lock may still have a decent chance to maintain his starter’s role in 2021. But what’s becoming increasingly clear is he won’t keep it if he plays like Lock of 2020.

"Until Drew proves to be the next great quarterback like the ones that the Denver franchise has been used to in years past, or the ones certain teams around the league have, we’re going to always try and bring in competition," Broncos head coach Vic Fangio said at his "combine" press conference Thursday via Zoom. "But I have confidence that Drew can continue to improve."

> Video above: Mike Klis and Rod Mackey discuss the futures of Von Miller and Drew Lock with the Broncos.

To improve, Lock has to increase his completion percentage (last in the league) while decreasing his interceptions (tied for last with 15 despite missing three games).

If he doesn’t, or doesn’t improve enough, the Broncos will have someone with starting experience ready to give it a try.

"Drew has had a great offseason up to this point," Fangio said. "There’s not a lot you can do, but he’s working hard on his own and coming over here and getting workouts. I know he’s doing a lot at home by himself and watching video by himself. He’s got a good setup over there. He’s doing anything and everything he can to improve, even in February and now in March.

"I feel like he’ll continue to improve. As it relates to the quarterback carousel that everybody’s talking about going around the league, we’ll see how it turns out. Right now, it’s just a lot of rumors and innuendoes and everybody proposing this and that. I really don’t know what’s going to happen with some of the names that are being bandied about out there."

Other topics Fangio addressed in his press conference:

*His working relationship with new general manager George Paton: "The relationship has been great so far. George has come in here with boots to the ground, working his butt off and watching a ton of film. He did a deep dive on our team. We worked hard on the free agency aspect of it, and we’re now into the draft part of it.

"I’ve been very impressed with how he goes about his business. Very knowledgeable around the league in every facet—with the agents, players, and contacts. I think we have a great, great one here."

*On teams like the Rams, Chargers, Packers and Bears hiring defensive coordinators in the past two offseasons with the idea of emulating the Fangio defensive system: “Well, they’ve hired good coaches. At some point in their career, they’ve had the (experience) of working with me wherever it would have been. I think (new Chargers head coach) Brandon Staley leaving here and going to the Rams and running our defense there so successfully has helped that.

"Brandon did a great job on his own. We like to think that we have a good a system that’s competitive and can play good defense in today’s NFL world against these offenses. It takes great coaches to coach it, and it takes great players to execute it. Any credit that’s being given in those terms need to go that way."

*On getting better players to execute his defensive system for the Broncos: “Hopefully, we’ll have a good offseason and pick up a player or two or three through free agency and the draft. I kind of feel like we’ll have two offseasons this year. One, we get some of the guys back that were injured last year and didn’t play much for us. Hopefully we get those guys back healthy and have an influx of a few guys.

"Then, I think the biggest thing you have to do every year is improve the guys that are already on your roster. This roster, no matter what happens in free agency and the draft is still going to be made up of a bunch of guys that were here last year. It’s our job to improve those guys. We think a lot of those players have a lot of room for improvement. They’re young, they have some talent and we have to work hard to improve it. There’s no doubt that we need to have an influx of a guy or two."

*One player in particular who Fangio wants is someone who can play cornerback. The two best free-agent corners are William Jackson and Shaq Griffin, but there are also plenty of No. 2 and slot corners available in free agency, like former Colorado starter Chidobe Awuzie. In the draft, the top two are Patrick Surtain II and Caleb Fairley.

"We hope to at some point, whether it be in free agency or in the draft, to add a player to that position for us because we need to," Fangio said.