A source tells 9NEWS that returner Diontae Spencher is the player going on the COVID list, one day after backup QB Jeff Driskel went on league's virus list. 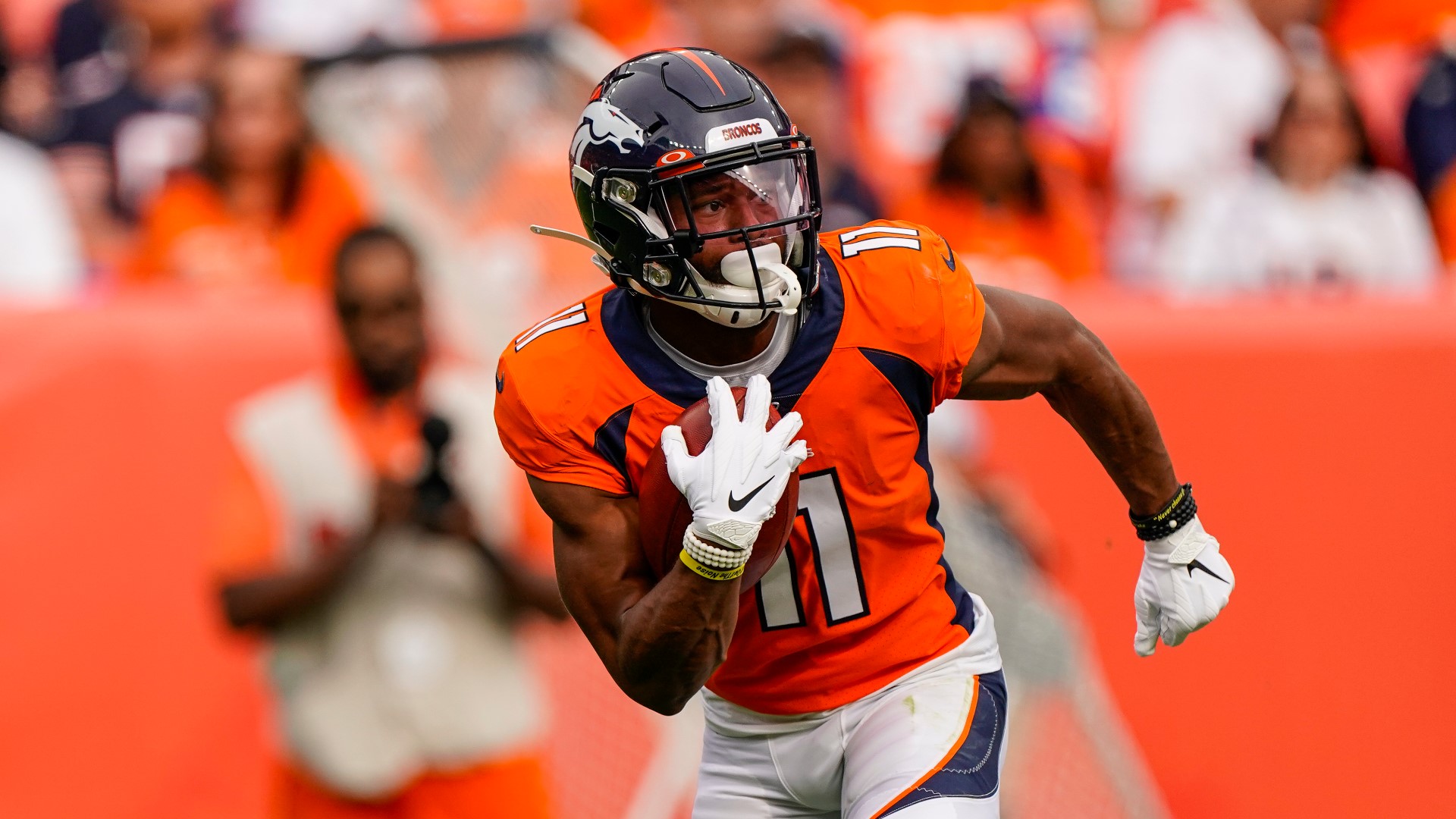 ENGLEWOOD, Colo. — For the third time this season, the Broncos have cancelled practice because of COVID.

On Friday, the Broncos learned one player and two staff members had tested positive for the virus, a source told 9News. The team later confirmed. These positive tests came one day after reserve quarterback Jeff Driskel was placed on the COVID reserve list.

He recently missed three games with a shoulder injury. His fill-in replacements were veteran Bryce Callahan on punts and rookie Tyrie Cleveland on kickoffs.

The Broncos informed their team early Friday morning they would not practice and its UCHealth Training Center headquarters would be closed. Meetings will be held virtually.

The Broncos are scheduled to play the New Orleans Saints this Sunday at Empower Field at Mile High. It will be the first time this season there will be no fans, family or friends allowed to attend a Broncos home game, a decision the team made following the recent virus spike in the surrounding Denver community.

The Broncos sent out a statement: "Following confirmed positive COVID-19 tests results from one player and two staff members, the Denver Broncos have closed UCHealth Training Center today with the team's safety in mind.

"The Broncos will continue preparations for Sunday's game remotely with virtual meetings and have postponed today's practice. Working closely with medical experts and the league office, we will take all steps necessary to ensure the well-being of the players, coaches and staff."

Steve “Greek” Antonopulos, in his 45th season on the Broncos’ training staff, received the added responsibility this year as the team’s COVID infection control officer. He receive virus test results around 3:30 a.m. each day. His first contacts are with head coach Vic Fangio, football administrator Mark Thewes, facilities czar Chip Conway and public relations chief Patrick Smyth. They sent word to the coaching staff and players by 5 a.m. Friday that practice was off and team headquarters would be closed.

While the Broncos have not experienced the type of virus outbreaks the Tennessee Titans and New England Patriots went through earlier this season and the Baltimore Ravens are going through now, COVID has affected Denver’s season. Their week 5 game against the Patriots was pushed back a week because of a virus outbreak with the New England team. That postponement caused two other games to be rearranged on the Broncos’ schedule.

RELATED: Bronco notes: Lock wants to stop getting in position to overcome

Broncos known to have been placed in COVID protocols: