Broncos hope to pair Darby with Kyle Fuller on Friday. 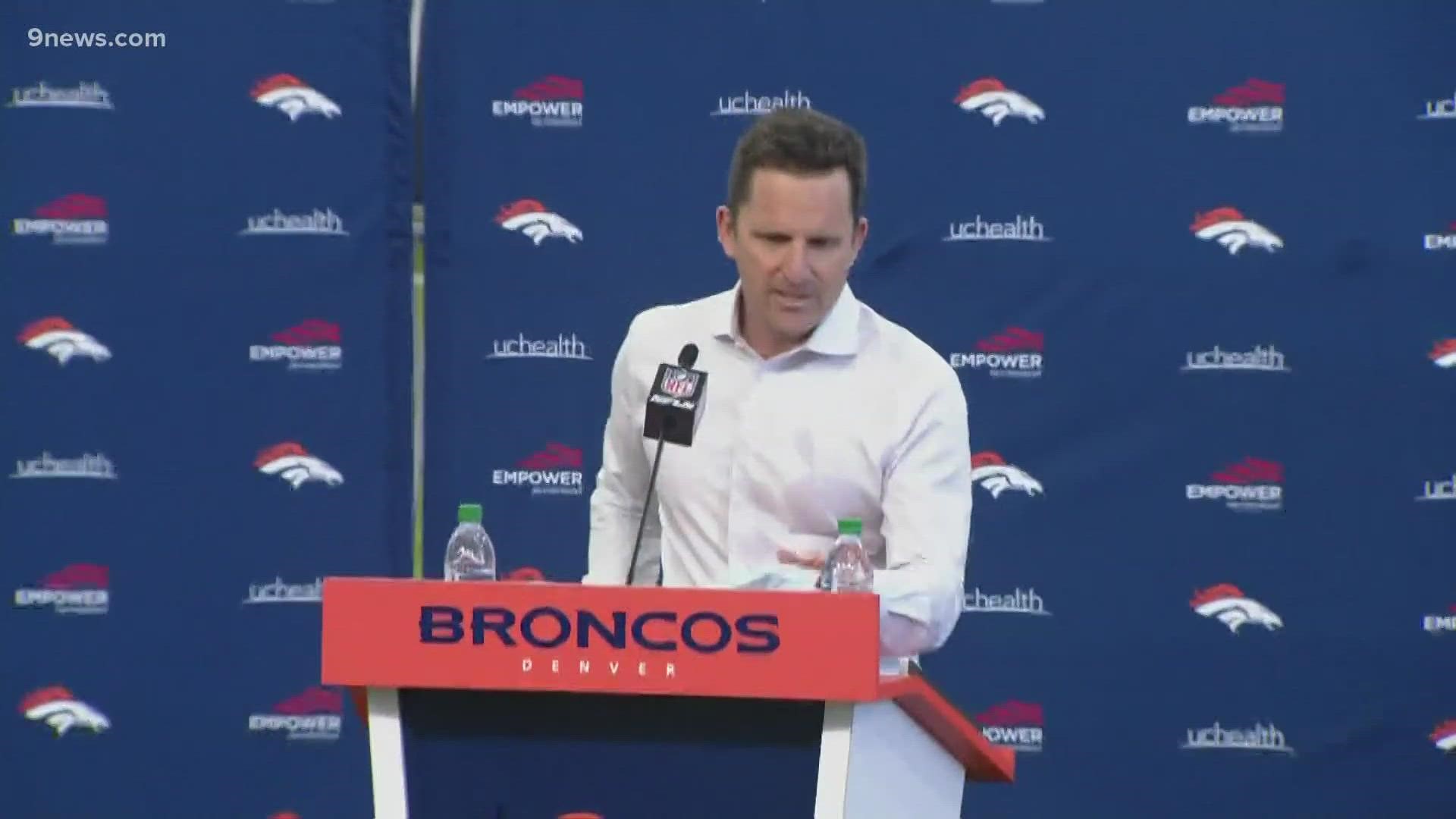 DENVER — Ronald Darby’s career turned when he stopped blaming his injuries on bad luck and started looking in the mirror.

In succession, the now wealthy Broncos cornerback suffered a dislocated ankle in his Philadelphia Eagles’ opener of 2017, suffered a torn ACL in 2018 and missed five games with hip and hamstring strains in 2019.

"Sometimes people have to go through things to see what they’ve got to work on," Darby said in an exclusive interview Thursday with 9NEWS. "And me going through my patch in Philly, I noticed I have to put a lot more time outside the facility as far as taking care of my body. So that’s something I focused on last year and it paid off. And that’s something I know how to do now and I’ll continue to do for the rest of my career."

Good thing for the Broncos because they guaranteed him a full $10 million of his 2021 pay and $9.5 million of his $10 million compensation in 2022. That may have been a little more than the Broncos wanted to give, but Darby benefitted from a one-day bidding war Monday between his now current team Denver and his now former team Washington.

>>Video above: Ronald Darby meets the media for the first time as a Denver Bronco on Thursday

Besides money, what did Darby, who bounced back from his ankle injury in 2017 to help the Eagles beat Tom Brady’s Patriots in the Super Bowl, see in the 5-11 Broncos?

"I see a young team of course," he said. "But they have all the weapons. They got everything you need to make that next step. It’s not like there’s no talent over here. This team is full of talent. One of the most talented teams in the NFL. Once everything starts to come together, that’s when the wins will come. Once you fix the tiny things and everybody comes together and plays for one another, that’s when it’s going to work out."

Darby played in all 16 games for Washington last year and, as Broncos general manager George Paton pointed out during the new player press conference Thursday at Pat Bowlen Fieldhouse, led all NFL corners by participating in 94 percent of the defensive snaps.

All those snaps for a Washington defense that ranked No. 2 in the league.

"Scouted Ronald back at Florida State and very talented, obviously," Paton said. "Really natural cover skills coming out. He's had a nice career thus far. He's faced some adversity along the way with injuries but … comparing him to the other corners in free agency, we thought he had the best pure coverage skills of any corner.

"Talking with the coaches, he really fits what Vic (Fangio) wants. He can play man, he can play zone, he can match up, he can press and he can really run. Since Ronald's been in the league, he's third in the NFL in pass deflections, so he gets his hands on a lot of balls.

"Doing our background on players who aren't here and from other teams, we do a lot of background, and everything that came back from Ronald is he's a 'glue guy' and he brings the juice. He's a hard worker and he's going to fit the culture that we have with the Denver Broncos."

Paton is not done bolstering his cornerback position. Bears’ corner Kyle Fuller was released Thursday evening, although it won’t become official until 2 p.m. Friday. If Fuller is not traded, the Broncos are set to pounce, as first reported by the NFL Network's Mike Garafolo. He was terrific in 2018, leading the NFL with 7 interceptions and 21 pass deflections and getting named First Team All Pro in what was Fangio’s last year as the Bears’ defensive coordinator. After the Bears posted the No. 1 scoring defense that year along with a 12-4 record, Fangio got the head coaching job with the Broncos.

It may be difficult to afford Fuller, Darby, and another corner, Bryce Callahan, a nice player who is oft-injured and due to make $7.2 million in 2021. Still the Broncos will be much better at the corner position in 2021, provided Darby can stay healthy.

"I played back home last year," said Darby, a sprint champion at Potomac (Maryland) High School, which is less than 13 miles from Washington D.C. "I’m grateful for the opportunity that Ron Rivera gave me. Great coach. Great city. That’s my city, that’s where I’m from.

"But my main objective last year was to show that I can play, for one. And for two, I could play a full season healthy. Like that’s not a problem. And that’s what I went there and did."

Darby may find it more difficult playing corner in the AFC West than NFC East.

The Broncos’ division has Patrick Mahomes II, Derek Carr and Justin Herbert as opposing quarterbacks. The NFC East doesn’t. Darby was jokingly asked if he demanded a second full year guarantee knowing he would have to go up against Kansas City’s Mahomes twice a year. The Broncos have lost 11 in a row to the Chiefs, dating back to 2015.

RELATED: Paton on QB search: 'We like Drew Lock. We do want to bring in competition. We're not going to force it.'