Broncos star says he started having a cough a couple days ago. He is to be quarantined at his Denver-area home. 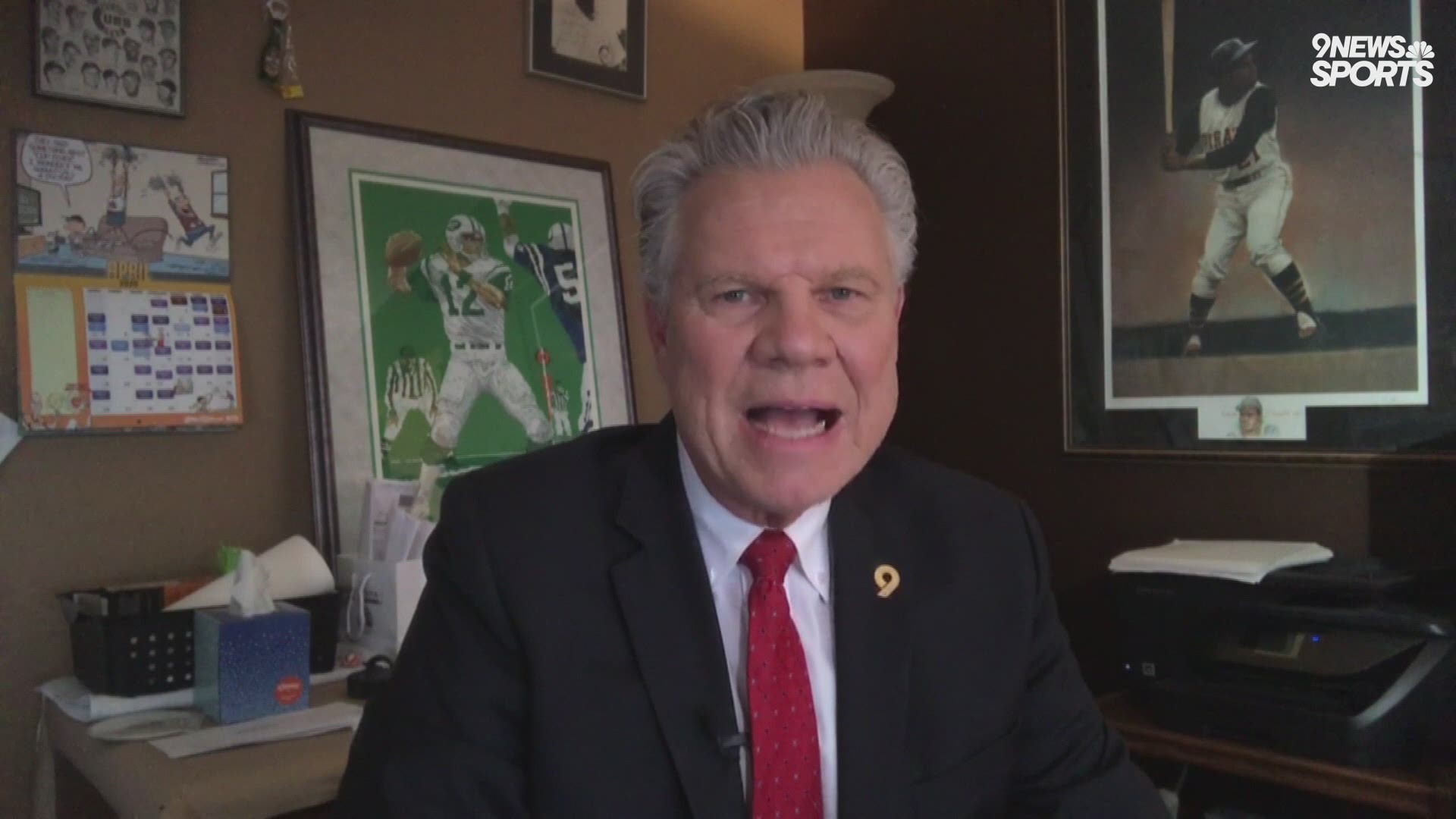 "It’s true," Miller said in a phone call with 9NEWS. "I’ve just been here in the crib and I started to get a little cough. You know I have asthma and I started getting a little cough a couple days ago. My girlfriend she told me when I was asleep she said my cough it didn’t sound normal."

She got him his nebulizer, which he uses for his asthma prior to athletic activity. He used that for a couple days.

"It wasn’t working how I thought it would," Miller said. "My assistant (Marni Colbert) said let’s go get tested. So I got tested, that was two days ago. I started to feel like normal yesterday and then this morning Dr. (Steve) Geraghty called me and told me."

Miller, who was recently a unanimous selection to the NFL’s All Decade Team, had been working out in the Bay Area until returning to his Denver-area home last month amid the coronavirus worldwide shutdowns.

"It's crazy,'' Miller said. "I have to be quarantined here at the house. There's not really any medicine or anything like that. Dr. Geraghty told me if my breathing changed ... honestly, I'm still new to this. This is like an hour. I'm not sure what's going on but I tell ya what, I'm in good spirits. I'm still Von. I'm not feeling sick or hurting or anything like that."

Miller was the Broncos' No. 2 overall selection in the 2011 draft. In his nine seasons with the team, he has a franchise-record 106 sacks while earning eight Pro Bowl nods, a Super Bowl MVP award and NFL Defensive Rookie of the Year honor.

The Broncos put out a statement on Miller:

"After experiencing flu-like symptoms, Denver Broncos linebacker Von Miller has tested positive for COVID-19. Von has elected to share his diagnosis publicly to emphasize that anyone can be afflicted with coronavirus.

"Von is doing well and recovering at home in self-isolation. He remains under the care of team doctors, who are following all coronavirus treatment procedures to ensure a safe environment for Von and our community.

"Von is the first member of the Broncos' organization known to have tested positive for COVID-19."

Rams center Brian Allen and Saints head coach Sean Payton are other members of the NFL known to have contracted the novel virus. Tony Boselli, a Boulder native and former Jacksonville All Pro offensive tackle who is now an NFL color commentator, was hospitalized with coronavirus before he was released two weeks ago.