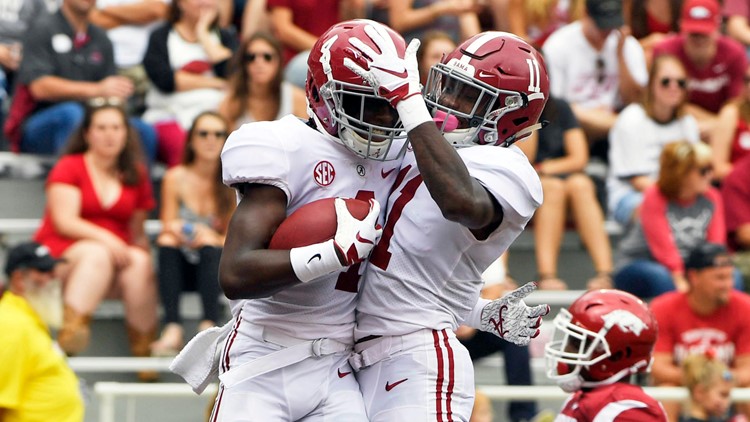 Broncos mailbag: To take or not to take a WR in first round

ENGLEWOOD, Colo. — Those curbside takeouts for Snarf’s, local barbecue, local burritos and local cheesesteaks at an otherwise Chicago-style establishment paid off for the Elway 7.

No team may have been more active than the Broncos during the just completed 2020 free agent frenzy. The Elway 7 – general manager John Elway, and six others -- addressed what it felt were 7 needs – right guard (Graham Glasgow), defensive line (Jurrell Casey), cornerback (A.J. Bouye), running back (Melvin Gordon), in-line tight end (Nick Vannett), backup quarterback (Jeff Driskel) and punter (Sam Martin) – for a total of $57.95 million in 2020 dollars. With a cash-to-cap payroll budget of $198.5 million, the Broncos allocated 29 percent of their 2020 player spending on seven newcomers.

Still, this is a franchise that has missed the playoffs four consecutive seasons and was 5-11, 6-10 and 7-9 the past three years. The Broncos still have a ways to go to catch the Super Bowl-champion Chiefs. The NFL Draft, scheduled to begin in four weeks, is the next phase to the Broncos’ improvement.

On to the Broncos mailbag:

We need a top-line receiver. Can’t risk waiting. I say use the first pick.

Mike – You shared the thought of most mocksters. With the Broncos wanting to give young quarterback Drew Lock every chance to succeed, prioritizing the receiver complement to Courtland Sutton doesn’t mean waiting till the second round.

The three-best receiver prospects -- Jerry Jeudy, CeeDee Lamb and Henry Ruggs III--  who have generally been ranked in that order, will not be available when the Broncos pick No. 46 in the second round. They may not be there for their No. 15 selection in the first round, although Ruggs is the most common Broncos’ pick among mocksters.

The other thought, though, is because this is such a deep receiver class, the Broncos should take one of the premium positions of offensive tackle or cornerback at No. 15 and wait to the second round where they could still get a quality pass catcher.

Sutton was a second-round pick. Then again, so was Cody Latimer. Both strategies carry risk.

Any under-the-radar first-round options for Denver?

Graham – Yes, edge pass rusher. Bradley Chubb and Von Miller are one of the league’s dynamic duos but both enter this season with question marks.

Chubb is coming off a torn ACL. And after this season, Miller, who is coming off a disappointing 8.0-sack 2019, will enter the non-guaranteed sixth year portion of his six-year contract.

Their backups of Jeremiah Attaochu, Justin Hollins and Malik Reed are promising, but they have work to do to match the second-wave quality of Shaq Barrett and a healthy Shane Ray in 2015.

I’m not saying the Broncos will take an edge rusher with their No. 15 pick or even that it’s probable – it doesn’t appear to be a great class beyond Chase Young. I’m just saying don’t completely rule out and trade back to take a pass rusher later in the first round while at the same time picking up ammunition for another second-round pick.

Jody – Many thoughts. I can’t believe that after 20 years of unprecedented NFL quarterback success in New England, he wound up in Tampa Bay, which has posted just five winning records – including three, 9-7 marks – in its past 17 seasons.

Then again, Brady would be celebrated with a 10-6 mark in Tampa Bay, while he would endure misery with such a mark in New England.

From afar, it appeared 20 years of playing for Bill Belichick took all the fun of it for Brady. Not his words. He’s been classy. But there’s little other explanation.

Do you think Drew Lock will be good enough that we passed on Tom Brady?

Nate – Had Brady become available in any of the previous four years, Elway would have aggressively pursued him. Maybe even five years back, prior to Peyton Manning’s last season of 2015. Remember, Elway had Manning take a pay cut entering that season.

But Elway is bullish on Lock. It does make sense to go forward with a young franchise-type quarterback in Lock, who is 23, than an aging general quarterback in Brady, who will be 43 in August.

Then again, it made perfect sense for the Indianapolis Colts to release the neck-injured Peyton Manning in 2012 and use their No. 1 quarterback on Andrew Luck, who was considered the best QB prospect since Manning in 1998.

Yet, Manning led the Broncos to two Super Bowls, or two more than Luck. You just never know how it will play out in sports.

Who was the worst pro athlete that you’ve ever had to interview?

Todd – Albert Belle wasn’t the worst pro athlete – to the contrary, he was one of the major leagues’ best hitters in the 10-year stretch from 1991 to 2000.

But there was one moment when he was the worst interview.

Prior to his great run, I was his beat writer for one month in 1990. In fact, it was the last month he was known as Joey Belle.

He was the Indians’ most touted prospect but he was oft-disciplined at both LSU and in the minors for behavioral-type issues. He had been demoted to the Triple-A Colorado Springs Sky Sox in early-May 1990 after a slow start at the plate and for not for not hustling in Cleveland.

He disliked the media upon arriving in the Springs, but he agreed to a one-on-one interview with me after his daily chess partner, Sky Sox general manager Fred Whitacre, spoke up on my behalf.

I wrote a flattering article on Belle except for one late-in-story paragraph that quickly summarized his past transgressions. Needed a reference point on how far he had come, I thought.

He wouldn’t talk to me after that.

A couple weeks later, there was a big series at Albuquerque – I was the Sky Sox’ beat writer for the Gazette Telegraph and convinced my boss to allow me to make the 5-1/2-hour drive down to cover the series.

Dodgers star Kirk Gibson was down on rehab for the Dukes. There was a local bank that gave out free-admission seats to depositors and the result was an overflow crowd of 15,050 fans in a 10,000-seat stadium for a Saturday game, May 26.

Belle misplayed a bases-loaded, two-out fly ball in left field for a three-run error in the first inning. He was caught looking at strike three in the second inning and stood at home plate for a good minute discussing the call with home-plate umpire Ron Barnes.

Belle argued another strike call with Barnes in the third, then grounded out with the bases loaded, the Sky Sox only threat in an 8-1 loss. After catching a fly ball for the final out in the fifth inning, Belle spitefully dropped the ball where he caught it in left instead of tossing it back in. The second-base umpire ran out to get the ball as the crowd let Belle have it the rest of the game.

Afterwards, I was the only reporter in the visiting “clubhouse.” The great Frank Maestas covered the Dukes’ clubhouse for the Albuquerque Journal. We agreed to share quotes in the press box afterwards.

I knew Belle wouldn’t want to be interviewed. I also knew he didn’t like me. But I felt I had no choice but to try and get his comments on what just happened. He was, after all, the story of the game. The goat of goats, before the term became an affectionate acronym.

“Get the (bleep) out of here,” Belle said as he knocked the 8 X 10 notebook out of my hand, sending it flying a good 10-to-12 feet till it splattered against a brick wall. (Mike Burrows, the Gazette’s great Broncos/Air Force beat writer at the time, always used a large notebook, so I did, too).

I have never before or since felt such a surge of power. Had Belle got up and punched me – one sock – I don’t think I would have survived. Instead of backing away, though, I was so irate I stood there and glared at him. Hands on hips, glaring straight at him. Like, ‘let’s go!’ He took off his sock and threw it at my feet.

From the other side of the dank clubhouse, I heard Sky Sox manager Bobby Molinaro yell, “Hey, Mikey (he called me Mikey), get away from him. Mikey, get over here.’’

Two pitchers, veteran Al Nipper who was attempting to reinvent himself as a knuckleballer, and young prospect Mike Walker, came to my defense by telling Belle what he just did was wrong, in so many words.

Less than two weeks later, in a Sky-Sox-Dukes rematch at Sky Sox Stadium, Belle flew out to center leading off the fourth. Instead of jogging up the first base line, he walked straight to the home dugout bathroom, took his bat and smashed the sink to smithereens.

Molinaro sent him up to the clubhouse showers and the next day the Indians suspended Belle indefinitely. They put him in a 30-day program and he came out going by his given name of Albert Belle.

He got it together and starting the next season went on a tremendous decade-long run in which he averaged 37 homers, 120 RBIs and .298 for the Indians, White Sox and Orioles.

As I recalled this, I just realized we're coming up on the 30-year anniversary of the notebook/dugout sink destruction.

Albert Belle. Great pro athlete. Tough interview, at least when he was known as Joey.