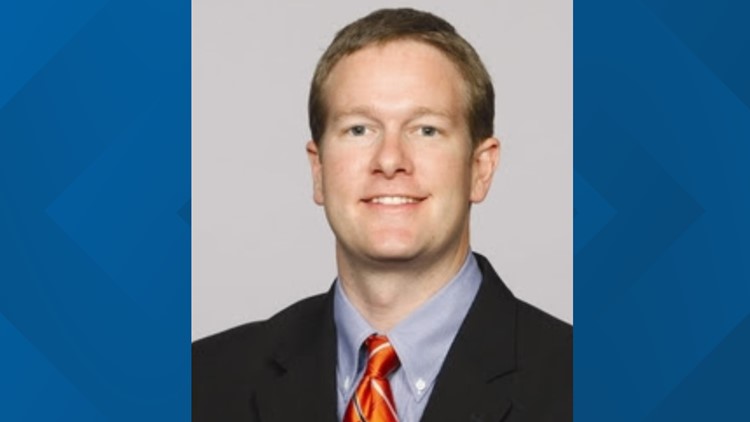 Dennis Moore, who for the past 17 seasons worked his way from the ground floor of the Broncos’ business department to head of marketing and sales, has left to take charge of the business department with the expansion Major League Soccer franchise in St. Louis.

“I had an incredible 17-year run with the Broncos, and I was presented with an opportunity to go help build a sports franchise from the ground up,’’ Moore told 9News on Friday. “I’m leaving with nothing but incredible memories and experiences and this is a great opportunity for me and my family.”

The Broncos’ organization held an elaborate farewell party for Moore in late-December at Empower Field at Mile High.

“It was quite overwhelming,’’ Moore said.

He started as a ticket sales rep for the Broncos in 2003 and eventually was involved in every facet of the team’s business department until he became the senior vice president of sales and marketing three years ago. Among his responsibilities was negotiating the rights deal that made 9News the official TV partner of the Broncos.

As Chief Revenue Officer with the St. Louis’ soccer franchise, Moore will head all revenue-related matters – including working out a naming rights deal for the team’s new stadium. St. Louis will begin play in 2022.

Although he started in St. Louis earlier this week, Moore isn’t completely finished with Denver. He is one semester shy of his executive MBA with the University of Colorado-Denver. He will be coming back to Denver every other weekend during the spring semester so he can graduate with his MBA in June.

“I literally grew up with the Broncos,’’ Moore said. “It was a special run and it will always be a special place for me. I’m so grateful to Joe (Ellis, the Broncos’ CEO) and the Bowlens and Mac (Freeman, who heads the Broncos’ business department). I would not be able to take an opportunity like this if they didn’t give me the platform to do things that were way beyond my years, that’s for sure.”