Bronco Notes: Gordon returns while Shaq gets a look

Coach Vic Fangio says there is wide-open competition for No. 4 and 5 edge rusher. We also have a Broncos vaccination update. 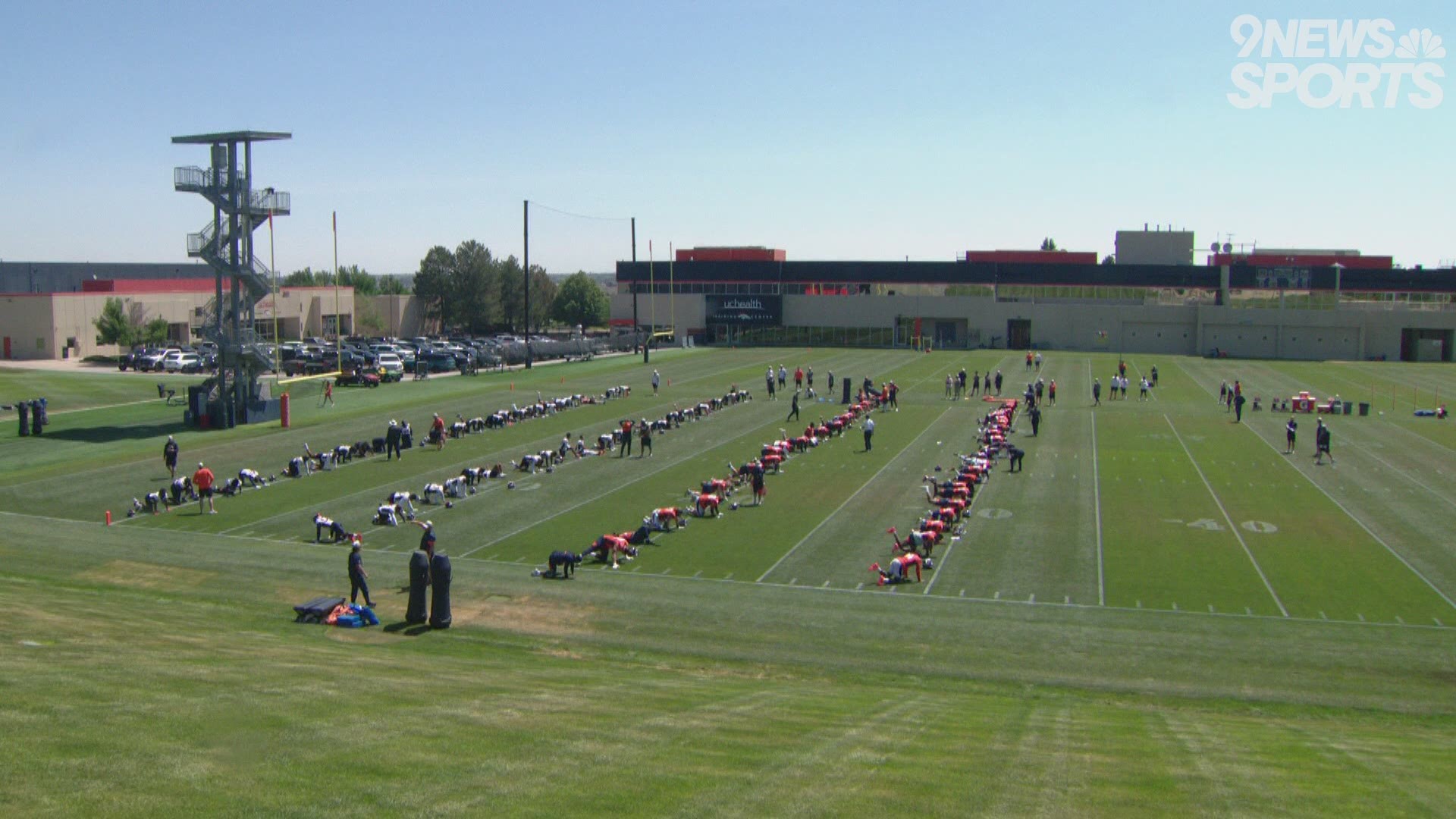 ENGLEWOOD, Colo. — Hey, Melvin. Where you been?

“Just because I haven’t been here doesn’t mean I haven’t been working,’’ Broncos running back Melvin Gordon III said Tuesday following his first day of participating with the team’s offseason program. “I grind. That’s what I do. I’ve prided myself on that since I was at Wisconsin, and I’m going to continue to work hard as if I’m a free agent. I think people assume that just because I wasn’t here that I haven’t been getting it in. I have my little plan and the people that I work with that are kind of really getting me ready for the season. I’ll be ready along with the rest of our crew this year.”

Gordon was among the majority of Broncos players who didn’t participate in the four-week Phase I conditioning program from mid-April to early-May. He was among the 15 to 19 veterans who didn’t show up for the one-week Phase II portion in mid-May. But for the three-week Phase III OTAs from late-May to mid-June, Gordon and veteran cornerback Kyle Fuller were the only two players who skipped. As was their right as most of the team offseason program is officially listed as voluntary for players.

Fuller said he was in Arizona training and showed up for the third week of OTAs this week.

Gordon became final the player to report for the mandatory minicamp sessions. He didn’t get as many reps Tuesday as Mike Boone, Royce Freeman and second-round rookie Javonte Williams but he caught a couple passes out of the backfield.

When Gordon did show up, his long dreadlocks weren’t with him.

“I just needed some change,’’ Gordon said of his haircut. “Bo Jackson has been trying to get me to cut my hair for a while, so I know he’s somewhere smiling. I just wanted some change, and I felt it was time. I’ve been wanting to cut it for a couple years now, but I was kind of nervous and scared to. My dad was pretty [upset] at me. He literally told me that I’ll lose the power of Flash if I cut my hairs. He’s a little (upset). It’s not in the hair, it’s the talent. I hope you guys like it. It’s different.”

The Broncos brought in five players for an in-minicamp practice tryout, most notably linebacker/special teamer Shaquem Griffin, who played the previous three seasons with Seattle after he became the first-ever player with one hand who was drafted.

“He’s played enough in this league, and he’s a good special teams player,’’ said Broncos head coach Vic Fangio. “He’s somebody that we’re going to take a hard look at.”

After Bradley Chubb, who is rehabbing from ankle surgery, and Von Miller, who is now recovered from his ankle surgery from a year ago, the Broncos could use some reinforcements.

“Well, we’ve got Malik (Reed) and it’s definitely wide open after that,’’ Fangio said. “We need to find another two guys that we feel comfortable with, both from a special teams standpoint and from a playing defense standpoint to go in and spell those guys. It’s wide open and we’re looking.”

In the mix are Derrek Tuszka, Jonathon Cooper, Andre Mintze, Pita Taumoepenu and possibly Baron Browning, who has missed all of OTAs and minicamp with a leg bone injury suffered during rookie minicamp.

“He’ll be full go and ready to go by training camp,’’ Fangio said of Browning, a third-round rookie. “That’s been probably the biggest negative of this offseason work—him not getting the work that he would have gotten. We’re still very high on him and very optimistic. Hopefully he’ll be able to carve out a role on the team, both defensively and in the kicking game.

“I’m anxious to get him back working in training camp. I still like him all the same and he has versatility. He could play some outside for us and he could play some inside. We’d like to settle him in one spot, but we may not be able to, especially with the injury. We’ll see how that evolves.”

Fangio said his entire coaching staff is vaccinated from the COVID-19 virus while 61 players “have started the process or are vaccinated. We’ve got a bunch of guys that have said they are going to. It’s like college recruiting. There’s a lot of verbal commitments that don’t follow through. We’ll see how many of our verbal vaccinations follow through.”