It's Drew Lock or bust, which means Lock must develop a feel for when to get down. 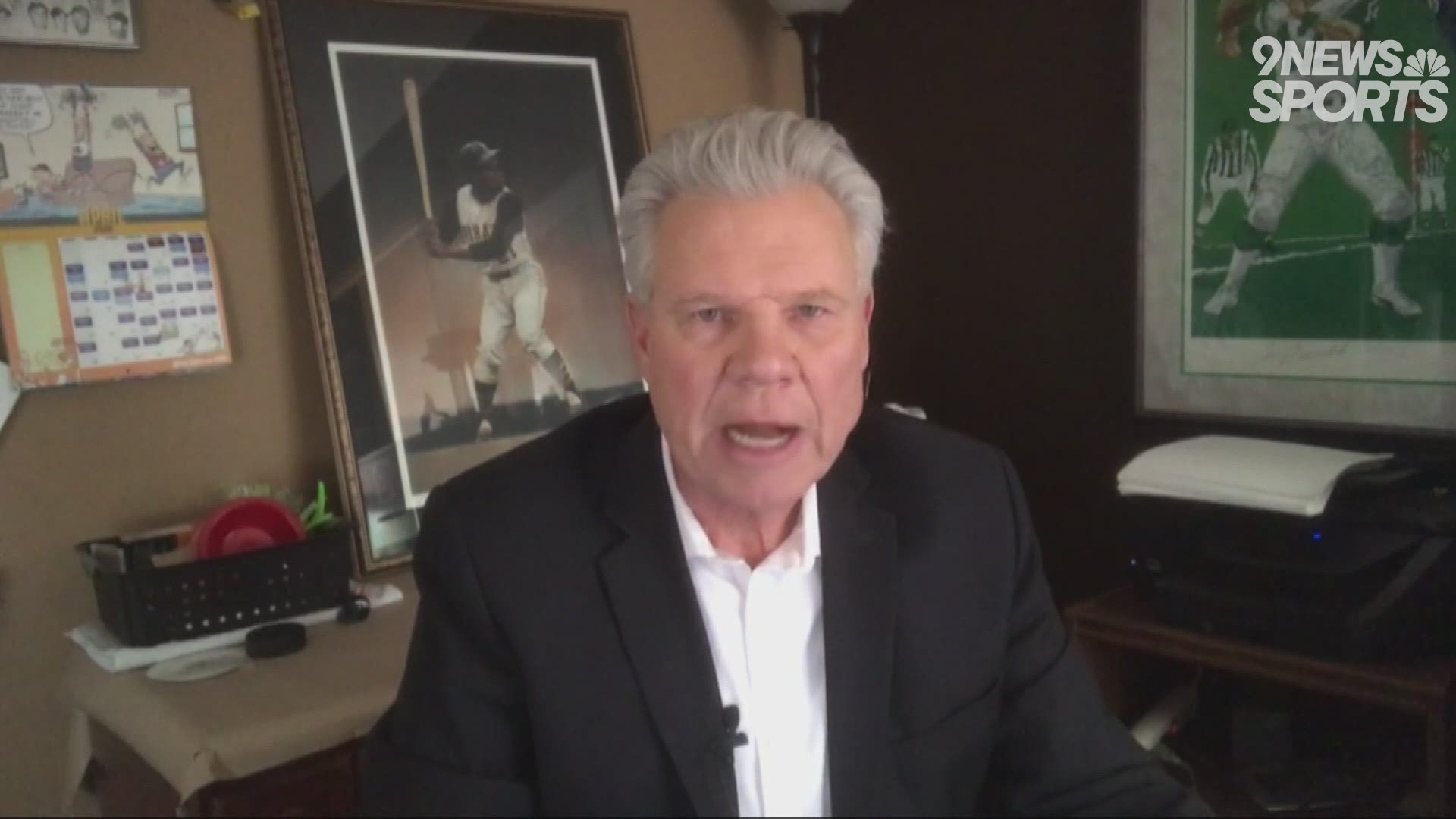 DENVER — Here’s hoping, with all the Broncos have invested in and around Drew Lock, the young quarterback learns how to slide.

Or to give himself up and slide sooner.

Lock can wing it and carry it. He’s got a likable swagger that has his teammates believing. But like most strong, athletic and young quarterbacks – especially because he’s young – Lock held himself up in target’s way during some of his late-season scrambles last year.

>In the video above , Mike Klis answers viewer questions from the Broncos mailbag.

He does have nice mobility. The trick for NFL quarterbacks, though, is to marry mobility with durability. An attempted scramble in a preseason game last year left Lock sidelined with a thumb injury for the first 11 regular-season games of his rookie season.

He cannot miss a game this year. Not after general manager John Elway, who moved up 10 spots in the second round last year to draft Lock, built his offense around his young quarterback this offseason. Elway signed star running back Melvin Gordon, proven right guard Graham Glasgow and two-way tight end Nick Vannett in mid-March, then added top-round receivers Jerry Jeudy and KJ Hamler in late-April.

And then to really show Lock this Broncos team is all his, Elway drafted his quarterback’s college tight end, Albert Okwuegbunam, in the fourth round, even though the Broncos already had a tight end like him in Noah Fant.

“I think the move just ended up saying that they saw something positive in the way I played in those last games, potentially being a guy here that could stay for a long time and help the Broncos win as many games as possible,’’ Lock told the Denver media earlier this month in a Zoom conference call. “It means a lot to me to see that happen. It puts a little extra confidence on my back.

The 2020 Broncos are Lock or bust. Since bust isn’t an option, Lock must learn one more lesson in his education as an NFL starting quarterback: Slide, Drew! Slide!

RELATED: New Broncos OC Pat Shurmur: 'I believe in everything we all know about the Broncos'

Here’s a look at the Broncos’ quarterback position:

For better or worse, head coach Vic Fangio made an appreciable change at the highest level of his offensive coaching staff this offseason. Gone were offensive coordinator Rich Scangarello and quarterbacks coach T.C. McCartney – promising, up-and-comers but who were rookies in those prominent roles last season.

In their stead is Pat Shurmur, who has 11 previous years of NFL experience running an offense as either offensive coordinator or head coach, and Mike Shula, who has been a quarterbacks coach or higher for going on 25 seasons.

To Bronco followers, Shurmur’s greatest accomplishment was getting a career year topped with a miraculous throw out of Case Keenum in 2017 with Minnesota.

Shula’s claim to fame, again from the Broncos’ point of view, was Cam Newton’s MVP season of 2015. Never mind that Newton, nor Carolina right tackle Mike Remmers, were no match for Von Miller in Super Bowl 50.

Despite having zero practices through the first 10 weeks of the season, Lock took over a disheartened 3-8 Broncos club and lifted them to a 4-1 finish.

While his statistics were modest in wins against the Chargers (134 yards), Lions (192) and Raiders (177), and he made rookie mistakes in a 23-3 loss in the snow against the eventual Super Bowl-champion Chiefs, Lock’s breakout game was his second.

In the first road start of his career, he had the Broncos up 38-3 six minutes into the third quarter against the Houston Texans. At that point Lock was 23 of 26 for 279 yards with three touchdown passes and zero interceptions – a 149.8 passer rating.

This against a Texans team that entered the game playoff bound with an 8-4 record after back-to-back wins against the rival Colts and Patriots.

That was the performance that changed everything for the Broncos. Most notably, it flipped the feeling from another demoralizing season to a franchise on the rise. And then Elway started adding offensive weapon after weapon for Lock.

Not only did Elway put faith in Lock as a starter by not going after the likes of Tom Brady, Philip Rivers, Teddy Bridgewater, Nick Foles and Cam Newton, he fortified his confidence in the young QB by signing up the still unproven Driskel as his backup instead of Marcus Mariota, Andy Dalton and Jameis Winston.

Driskel has a thin resume – 1 win among his 8 NFL starts, albeit with the lowly Bengals in 2018 and Lions last year. But the Broncos like him for a few reasons.

One, they were impressed with his skill set as he played in college at Florida and Louisiana Tech. In a preseason game of his rookie 2016 season for the 49ers, Driskel in the second half against the Broncos completed 6 of 7 passes for 66 yards and had an 11-yard scramble.

Two, Driskel does have some recent starting experience. Those starts didn’t always end well, but getting knocked around is part of an NFL quarterback’s development.

Three, and this may be the biggest reason, Driskel has a similar-type game as Lock. Specifically, they are well-built, athletic quarterbacks who can run. Driskell is 6-foot-4, 231 pounds, yet ran the 40 in 4.56 seconds at the 2016 NFL Combine.

Credit: AP
Detroit Lions quarterback Jeff Driskel (2) scrambles with the ball during the second half of an NFL football game against the Dallas Cowboys , Sunday, Nov. 17, 2019, in Detroit. (AP Photo/Duane Burleson)

Rypien was a “premium” undrafted rookie for the Broncos last year. He spent the first half of the season on the practice squad, was called up to become Brandon Allen’s backup for three games, then went back to the practice squad for the final five weeks.

Neal was a four-year starter for Ball State, then became a graduate transfer to play one more year at Vanderbilt – where he succeeded Kyle Shurmur, Pat’s son, at quarterback.

Neal is 6-foot-5, 225 pounds who, like Lock and Driskel, showed he can run, especially early in his career at Ball State. He will compete against Rypien for the team’s No. 3 quarterback position, although Rypien should be the clear favorite.