Right guard Glasgow is No. 1 addition while all eyes continue to be on Bolles at left tackle. 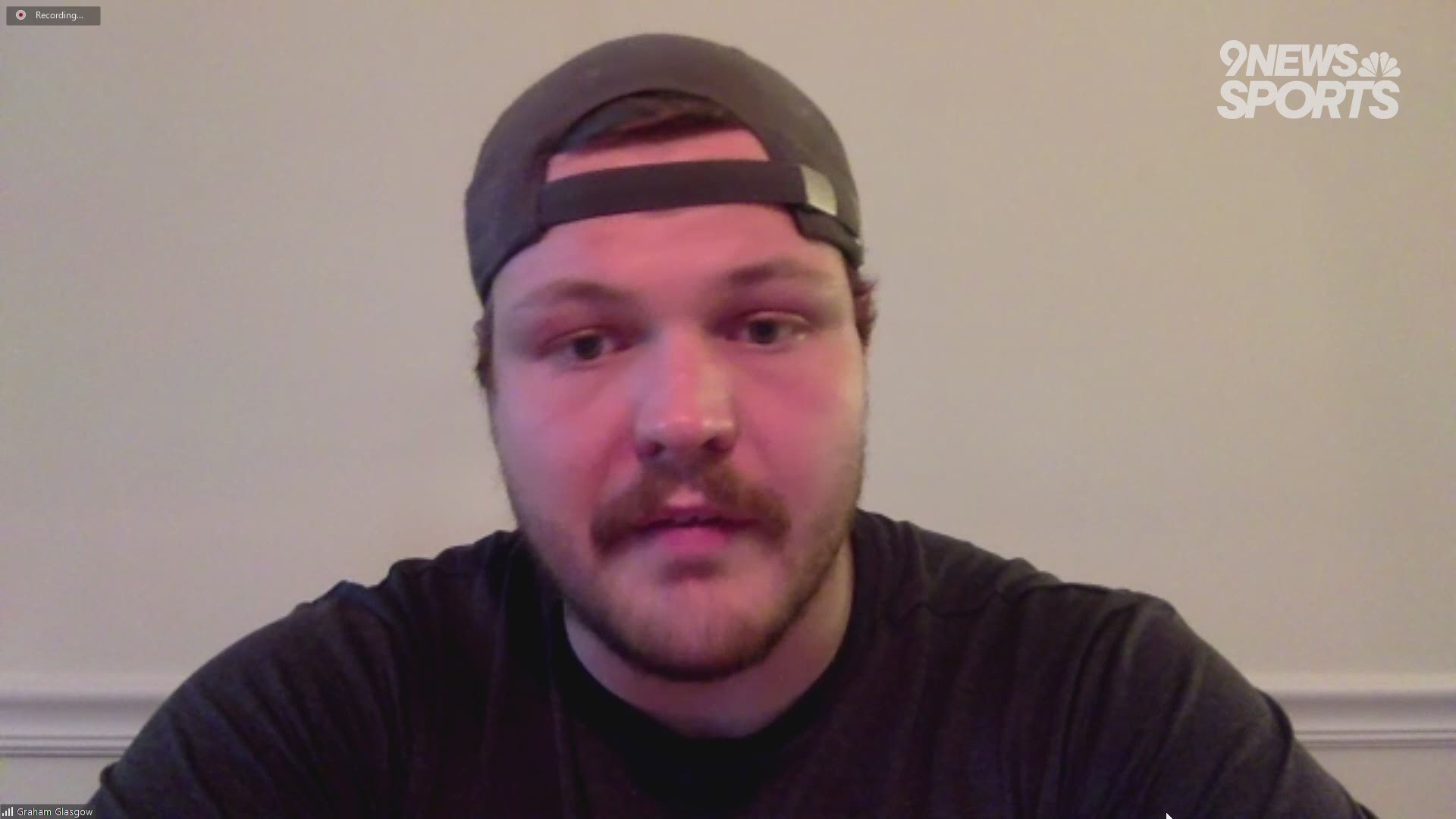 DENVER — Graham Glasgow is so new to the Broncos, he has yet to shake hands with his new teammates, much less see them in person.

Yet, ready or not, Glasgow is about to become the leader and spokesman of the Broncos’ freshly tweaked offensive line. It can’t be Ja’Wuan James. The right tackle is too soft-spoken and he probably has to earn some teammate respect after missing virtually all of last season with a knee injury.

It can’t be the center. Whether that position is manned from the start by Austin Schlottmann, Patrick Morris or rookie Lloyd Cushenberry III, they haven’t played enough to lead.

Left guard Dalton Risner is a leader and is well-spoken but it’s difficult for players coming off rookie seasons to take command.

Left tackle Garett Bolles has seniority on the Broncos’ offensive line as a three-year, 48-game starter, but his struggles with penalties figures to put him in a let-my-play-do-the-talking mode in 2020.

That leaves Glasgow, who started the previous four seasons at center and both guard positions for the Detroit Lions, to take charge about a minute after he introduces himself to his blocking mates.

"I feel like that comes with the territory of being an older player who has played a lot of football, who has seen a lot of stuff and experienced a lot of things.

A look at the Broncos’ offensive line for 2020:

As a player, Munchak was a first-round draft pick, 9-time Pro Bowler and Hall of Fame guard for the Houston Oilers in the 1980s and 90s. Upon retirement he coached 20 seasons for that franchise, a run that culminated with three years as the Tennessee Titans head coach.

It was during his five seasons with the Pittsburgh Steelers, however, that Munchak became known as the league’s best offensive line coach.

He finished second to Vic Fangio in the Broncos’ head coach derby a year ago but as a consolation prize, it is believed Denver made Munchak the league’s highest-paid offensive line coach.

Kuper played eight seasons with the Broncos, five as a starting guard until a harrowing dislocated ankle injury brought a premature end to his career. He went into the coaching profession in 2016 when he essentially started working long hours for little money as a quality control assistant for Adam Gase in Miami.

This is the second year together for Munchak and Kuper on Fangio’s staff.

Primary attention is on Bolles who was not replaced at left tackle through free agency or the draft, but also didn’t get his fifth-year option picked up. There is hope Bolles started to reach his potential in the final five games of last season when Drew Lock became the quarterback.

Risner battled a high ankle sprain in the second half of last year but still made the all-Rookie team as voted on by football writers.

Schlottmann was an undrafted center out of TCU two years ago who spent his entire 2018 rookie season on the Broncos’ practice squad. He then played in all 16 games in 2019. Used primarily on special teams through the first 12 games, Schlottmann was the starting right guard in place of the injured Ron Leary in the final four games.

He should have the edge over third-round rookie Lloyd Cushenberry as the team’s starting center especially with the coronavirus pandemic cancelling the NFL’s offseason program.

Glasgow received the largest contract from the Broncos’ haul of new players this offseason as he will draw $15 million in signing bonus, salary and roster bonus this year.

James made $17 million for less than one game worth of play last season. The Broncos are counting on him playing in 16 games this year in return for his $10 million guaranteed payout.

Wilkinson started 12 games in place of the injured James at right tackle last year. He missed the final game with a high ankle sprain and when it continued to lock up on him this offseason, he had it scoped two weeks ago to removed loose bodies.

While the procedure won’t help him beat out Bolles at left tackle, Wilkinson should wind up with at least the swing tackle position.

Cushenberry was a third-round draft pick. While he has all the intangibles to become an elite NFL center, he may have to spend his first season working on pass protection before he’s ready to start.

Morris, picked up from the Steelers late last season, will compete with Schlottmann and Cushenberry for the starting center spot.

The veteran Rodgers is the No. 4 offensive tackle for now, although he will have to beat out the young and talented Calvin Anderson and Quinn Bailey.

Muti is an oft-injured, but promising left guard from Fresno State whom the Broncos took in the sixth round of last month’s draft. He probably needs to redshirt his rookie season.

Falah is a guard who spent all of last season on injured reserve. Jones is a guard/tackle who spent his rookie season last year on practice squads with the Cowboys and Broncos.