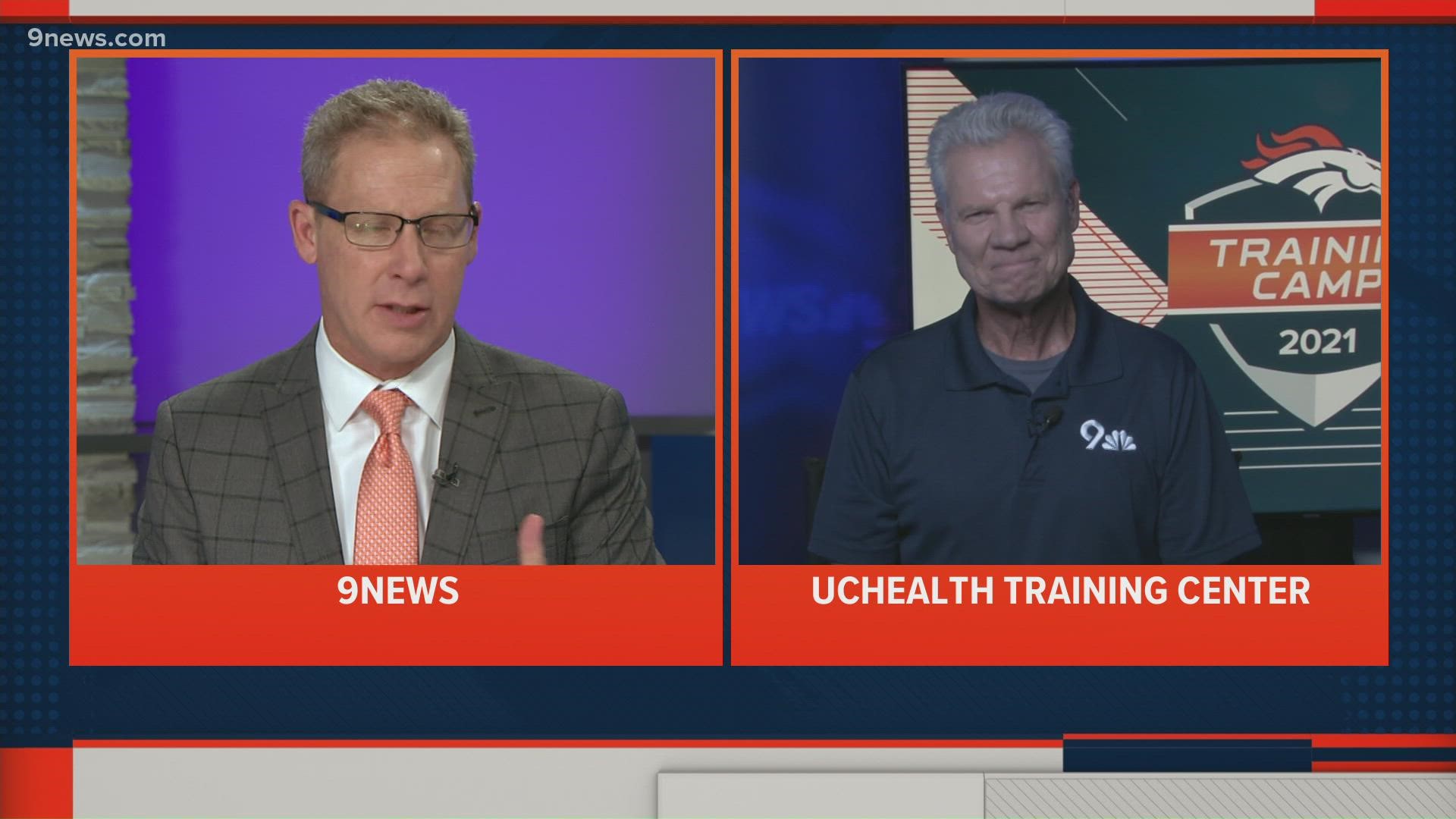 ENGLEWOOD, Colo. — They put the pads on for the first time and what’s happens?

Almost a full day of running the ball. For the three or four people returning from their social media-free summer vacations, the Broncos have a quarterback battle going on. How in the name of Teddy Two Gloves are we supposed to judge the QB competition when there’s more Mike Boone rushes than Drew Lock passes, more Teddy “Two Gloves” Bridgewater handoffs to the likes of Javonte Williams and Royce Freeman than passes to Jerry Jeudy and Tim Patrick?

A typical offensive series during the 11 on 11 periods Tuesday were running play, running play, short pass completion, running play. Call the Lock-Bridgewater competition a draw for Tuesday – the first QB tie of camp – with “no separation” between the two overall.

"I’ve seen both guys getting better," said offensive coordinator Pat Shurmur. "This is the best version of Drew I’ve seen. He’s done a really good job. And I expected Teddy to come in … Teddy’s got experience, he’s got experience in in multiple offenses. So, Teddy’s done a good job.

"I think the unintended consequence of this is, sadly, teams typically need two quarterbacks to play throughout the year. So all the good work that they’re getting will help both of them as we play this season out."

If they’re going to run the ball, the might as well do it well, and thanks to the Broncos’ offensive line, Denver’s running backs had several runs where they were 2 or 3 yards on the defensive’s side of scrimmage before they had to look and cut towards daylight.

"Yeah, I like Mike," said Broncos head coach Vic Fangio. "Mike’s a good running back. He’s got juice, explosive. He’s decisive. Runs hard for a guy on the small side. But he doesn’t run small.

The Broncos have several players banged up – Mike Purcell, Josey Jewell, Cameron Fleming, Tyrie Cleveland, KJ Hamler and Mac McCain III sat out practice Tuesday because of various ailments – but none were serious until offensive tackle Cody Conway went down Tuesday on Day 6 of training camp. The fear is Conway suffered a right ACL injury. More will be known once MRI results are conclusive.

A 6-foot-6, 307-pound offensive tackle from Syracuse and Plainfield North (Ill.) High School, Conway, 25, had previously spent time on the practice squads for the Packers and 49ers. At Plainfield North, he played defensive end, tight end and was even a backup quarterback for a time.

He was blocking outside linebacker Pita Taumoepenu during a one-on-one drill Tuesday when Conway went down in noticeable pain.

Jamar Johnson, a fifth-round rookie safety, has cleared the COVID-19 protocols although he didn’t practice Tuesday. Fangio said he has to go through three days of conditioning before he can practice. …

Defensive lineman Deyon Sizer strained his hamstring during a one-on-one drill and missed the rest of practice.