Lock it up: 5 keys for Broncos in their preseason game vs Seahawks

Drew Lock appears to have the edge over Bridgewater but the Seattle game will matter. 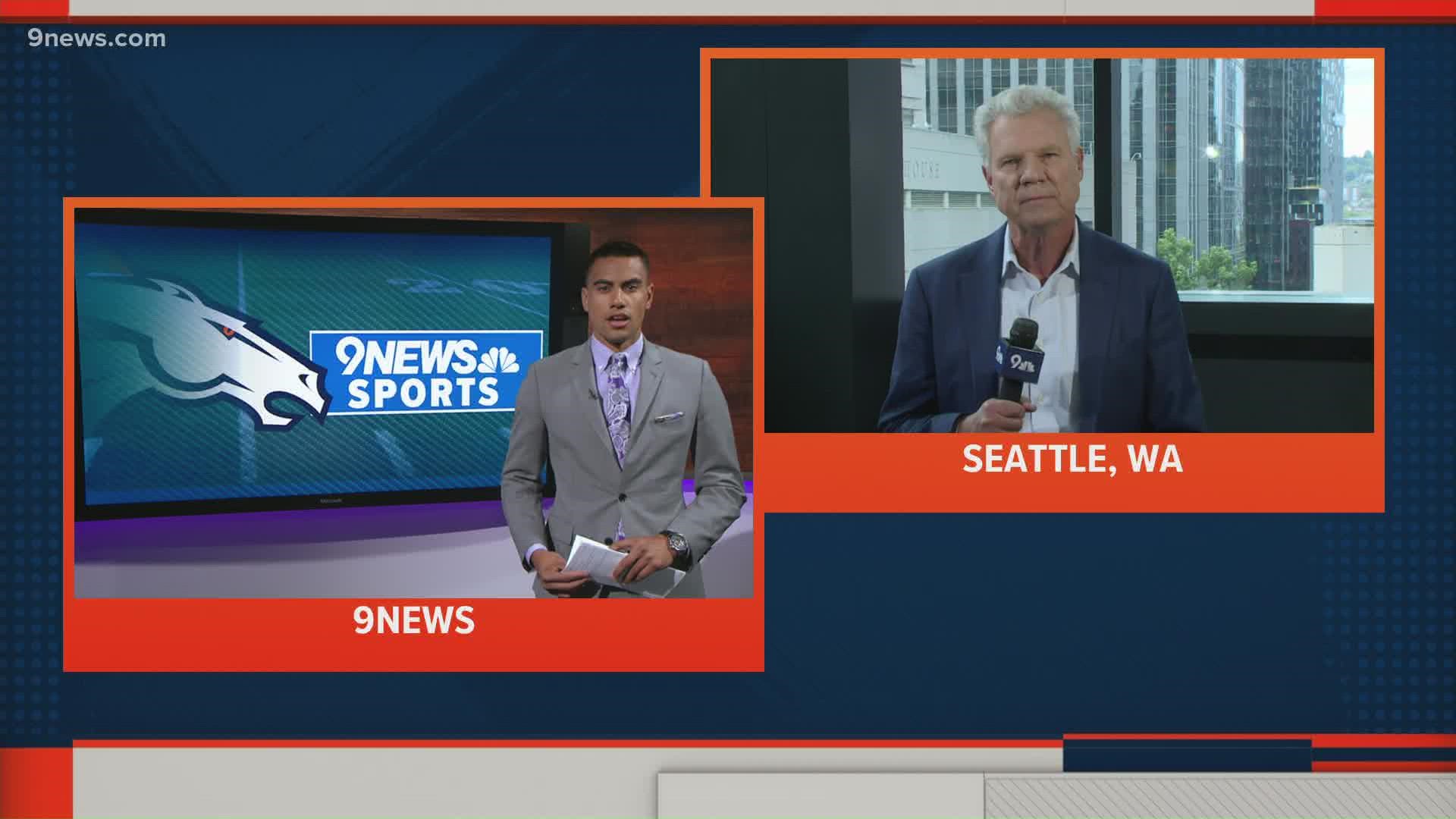 Only this may not be the same Drew Lock.

There have been hints, displays of encouraging performances, of a new and improved version of Lock. This may be a more savvy Lock, a still young quarterback who unlike last year had an offseason to strengthen his arm, study the film, master the playbook, execute the play calls and process his reads.

In his first preseason game last Saturday at Minnesota, Lock completed five of seven passes for 151 yards with touchdown passes of 80 yards to KJ Hamler and four yards to Trinity Benson in 33-6 Broncos’ thumping of the Vikings at U.S. Bank Stadium. Simply put, Lock was outstanding, if only for a little more than a quarter of play.

“I think everybody in a game-setting got to see some of the real improvement that we’ve seen behind the scenes in our practice-settings and our meeting rooms,’’ Broncos’ offensive coordinator Pat Shurmur said Thursday of Lock.

The way the Broncos divvied up the practice reps this week, The Great Quarterback Competition between Lock and Bridgewater no longer appears to be “50-50” or “even-steven” or have “no separation.”

Lock seems to have the edge, although perhaps it’s not a large enough gap to where he can go bust in preseason game No. 2 Saturday night (8 p.m. MDT kickoff, Channel 20) against the Seahawks at Lumen Field. His short history is one of inconsistency. The QB Battle will again be the primary focus of the Broncos’ second preseason game, but there is more to the wish list if this is to equal the successful trip Denver had last week in Minnesota.

Here are five goals for the Broncos in their no-count matchup against Seattle:

Following Lock’s tough act last week, Bridgewater was impressive off the bench while methodically moving the No. 2-3 Broncos’ offense to a field goal and touchdown in his two drives. He completed seven of eight passes for 74 yards with a 4-yard touchdown pass to Benson. Bridgewater is a veteran who truly devotes full concentration to the next play.

Bridgewater will start this week, as is only fair in the Great QB Competition. If Bridgewater plays well and moves the offense to, say, two scores in three series, and Lock struggles? Then Fangio may not announce his starting quarterback next week. All together. Grooooaaan!

After he had a sensational, four touchdown-0 interception-280 yard passing game in a win against Bridgewater’s Carolina Panthers last Dec. 13, Lock did not play particularly well in a 48-19 loss the following week to Buffalo. Lock has the talent. More talent than Teddy. But Lock still has to show consistent accuracy with his passes thrown outside the hashes and make more consistent reads in the red zone.

Play OK, not necessarily great, but OK against the Seahawks, and it would be a surprise if Lock is not named the starter against the New York Giants on Sept. 12 in the Meadowlands.

Fangio said more starters would play in this game, although Von Miller stated a desire to begin his comeback from ankle surgery with a game played on turf. And Seattle’s surface has a turf surface. The defensive starters who do play – Justin Simmons, Kareem Jackson, Ronald Darby, Kyle Fuller, Alexander Johnson, Shelby Harris, et all – will get 12 to 15 snaps.

The offensive starters will get more as there figures to be 17 to 20 snaps each for Bridgewater and Lock.

Even if it’s a preseason game that won’t count in the season’s final statistics and standings, and even Pete Carroll plays few Seahawk starters, the speed and contact of a football play doesn’t know stats or standings or the meaning of it all. Half-effort vs a roster-bubble player giving full effort is a dangerous variance.