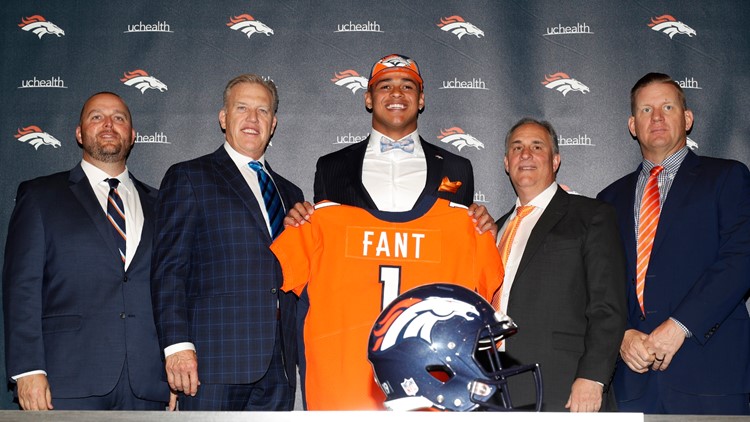 The tight end from the University of Iowa and the Broncos’ first-round draft pick, Fant signed a four-year contract worth $12,590,724 on Thursday. Every last dollar is fully guaranteed.

The deal includes a signing bonus of $7,176,888 – which is automatically slotted for the No. 20 overall selection – and a fifth-year team option.

Fant became the Broncos’ first-round pick largely because of his rare combination of a 4.5-second, 40 meter speed from a 6-foot-4, 249-pound frame.

In his sophomore and junior seasons at Iowa, he had 69 catches for 1,102 yards (an impressive 14.7-yard average) and 18 touchdowns combined.

Fant is expected to be the Broncos’ 1B tight end with Jeff Heuerman this year. Fant follows sixth-round receiver Juwann Winfree ($171,104 signing bonus) and fifth-round linebacker Justin Hollins ($306,896) as draft picks the Broncos have signed.