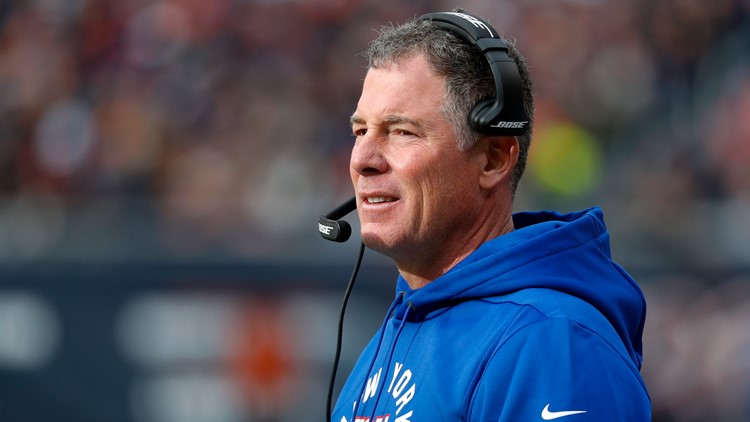 The Broncos made it official Tuesday by announcing Pat Shurmur as their new offensive coordinator.

“Pat is an established play-caller with significant experience leading an offense as both a coordinator and head coach,’’ Broncos head coach Vic Fangio said in a statement. “Having coached against Pat for a number of years, he’s always impressed me. His track record of developing younger players is outstanding. Pat brings a collaborative approach to working with the staff as well as a flexibility to adjust the offense to our players and opponents. We’re excited to add someone of his caliber to our coaching staff.”

Experience won’t be a problem at the highest level of the Broncos’ coaching staff. Before the start of the 2020 season, Fangio will be 62, defensive coordinator Ed Donatell will turn 63, offensive line coach Mike Munchak will be 60, defensive line coach Bill Kollar is 67, linebackers coach Reggie Herring will be 61, tight ends coach Wade Harmon is 56 and Shurmur will turn 55.

Maybe they can game-plan at Denny’s where they will all be eligible to order off the senior menu.

Shurmur had three years -- at an average of $6 million per year, according to a source – left on his contract as head coach with the New York Giants. The Broncos, thus, provide some financial relief – experienced NFL offensive coordinators make between $1 million and $2 million a year – on the Giants’ $18 million tab.

Shurmur, though, basically is working for free. He could have stayed home and collected his $6 million per year but he knows that in the NFL coaching business it’s important to stay relevant, stay visible and stay employed.

Shurmur played center at Michigan State, then embarked on a long coaching career that includes 11 seasons as an NFL head coach and offensive coordinator. He has called more than 12,000 plays during that time, including the Minnesota Miracle that put Case Keenum and the 2017 Vikings into the NFC Championship Game.

It’s this kind of experience that brought coaching comfort to Fangio, who made room for Shurmur by firing offensive coordinator Rich Scangarello after just one season.

Andy Reid was a major influence on Shurmur’s coaching career during their 10 seasons together from 1999-2008 in Philadelphia.

Reid is now head coach of the Kansas City Chiefs who have defeated the Broncos nine consecutive games dating back to 2015.

Besides his impressive experience, Shurmur has extensive time developing young quarterbacks, most notably Sam Bradford, Nick Foles and Daniel Jones -- important as the Broncos appear to be  going forward with second-year quarterback Drew Lock in 2020.

Shurmur’s uncle, the late Fritz Shurmur, was a former head coach at the University of Wyoming and 24-year defensive assistant coach in the NFL. Shurmur’s son Kyle is a rookie quarterback on the Chiefs’ practice squad.