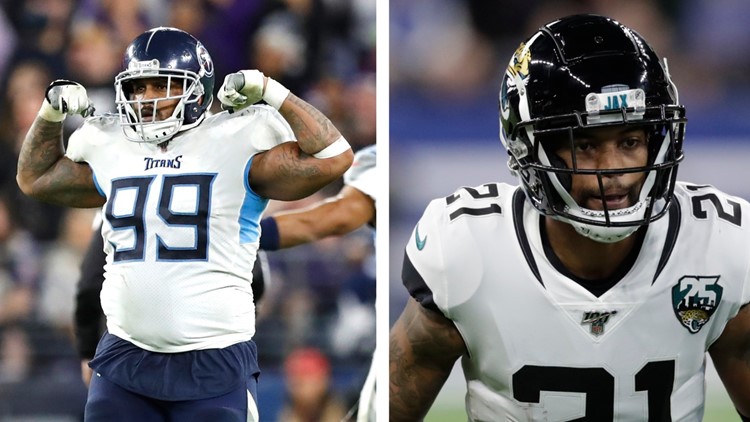 From Monday through Saturday to open the league year, Elway, the Broncos’ general manager, spent 27.6 percent of his $198.5 salary cap in 2020 and committed better than $135 million worth of contracts overall on six new players.

Welcome back to the team side of the bargaining table, Rich Hurtado.

Once our country is declared safe from the coronavirus pandemic, no new Bronco player will cash in more than right guard Graham Glasgow, who will collect $15 million in bonus and salary in 2020 payout alone. Only pass-rushing linebacker Von Miller will make more among Broncos players this year at $18 million.

A breakdown of Elway’s week one spending spree:

Notice all deals are at least two years in length. Elway didn’t want rent-a-Broncos. If he was going to invest in them, he wanted players to commit to the organization.

To help make room for these new deals the Broncos has so far cleared $46.5 million in total contract value by releasing quarterback Joe Flacco and his remaining $44.5 million and restructuring cornerback Bryce Callahan down from $7 million to $5 million (with a chance to make that $2 million back through play-time incentives).

There also figures to be an adjustment -- either through contract or roster spot -- to tight end Jeff Heuerman and his $3.875 million in 2020 following the addition of Vannett.

Still, the Broncos are pretty much tapped out. Their cap space has been listed by various sites at about $28 million. From that they need to budget roughly $20 million for signing bonuses and salary for their 10 draft picks and undrafted rookies.

The team also traditionally keeps at least 3 percent back to replace injured reserve players over the course of the season so that’s another $6 million.

This roughly calculated to enough financial room for perhaps another rotational player or two but anything more would probably come at the expense of a current player among their projected top 51.

Clearly, the Broncos’ next step to improve their roster is through their draft, which will commence to relatively little fanfare a month from now.

Denver could still use a No. 2 receiver to pair with Courtland Sutton – although Gordon partially salves the issue as he is strong in the screen game and can split out from his tailback spot.

No team can fill every need through free agency. It’s why the league in the interest of competitive balance set a salary cap. But the Broncos seemed to have done better than most in free agency.

The Lombardi Trophy is not won in March, though. The hope is for the coronavirus crisis to safely subside by early- to mid- to late-summer so the Broncos can find out whether their money was well-spent come fall.