Given last year's ankle injury was on turf, new dad Von Miller would prefer to play first game back on grass

And the preseason game Saturday at Seattle is on turf. Von's son, Valor B'Vsean, was born Monday night. 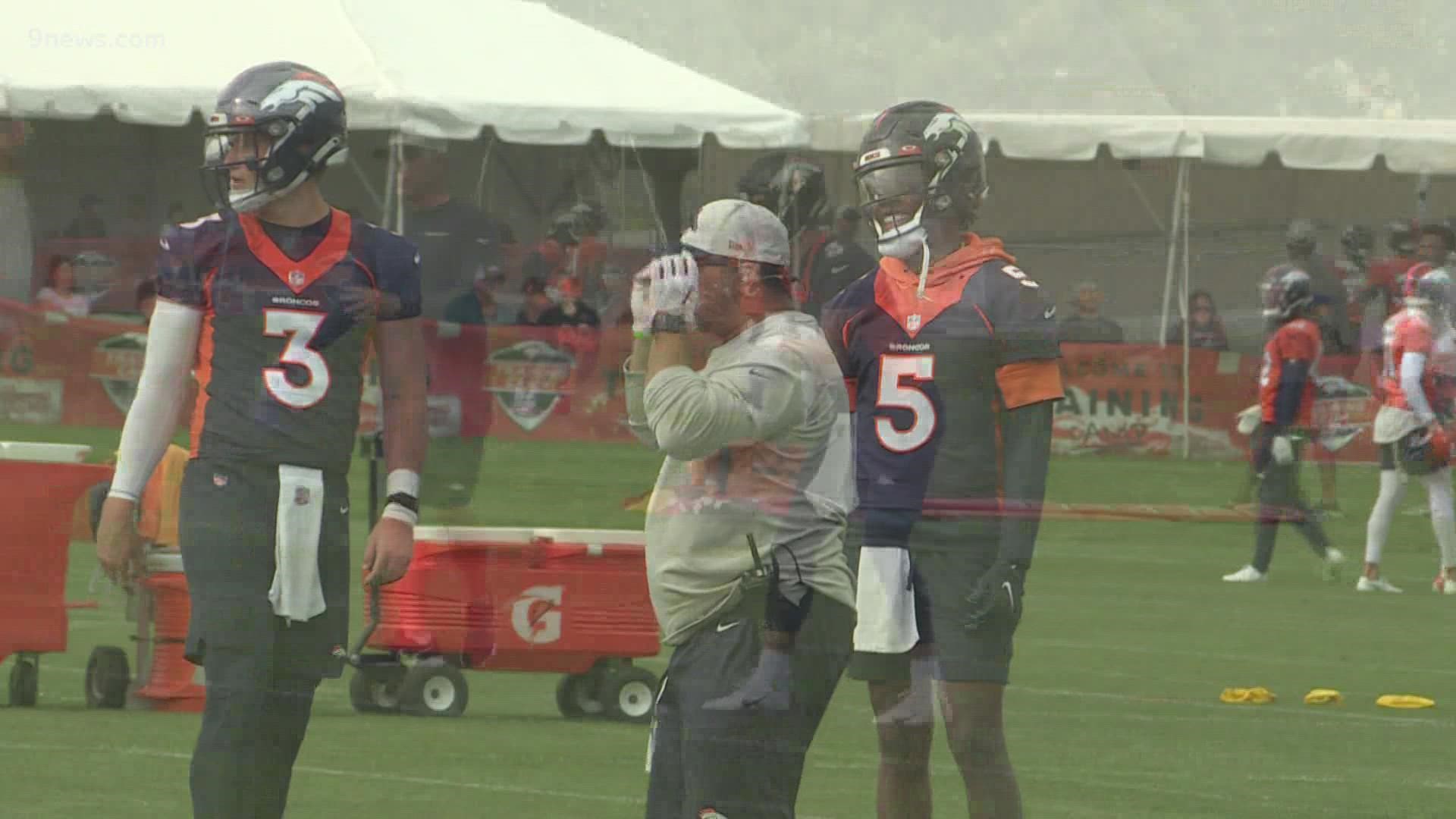 ENGLEWOOD, Colo. — Now that he has another mouth to feed, Von Miller is a bit more measured about his playing career.

Already the Broncos’ best-ever pass rusher with 106.0 career sacks, Miller is not expected to be among his team’s many starters who will play Saturday in Denver’s second preseason game Saturday at Seattle’s newly renamed Lumen Field. And there’s a sound, logical reason why Miller may not play.

"I’m ready to play. I was ready to play last week," Miller said Thursday following his team’s relatively light practice. "It’s just about feeling the right opportunity to play. Seattle has turf. I didn’t want my first game to be on turf. I injured myself on turf and I wanted to get on a grass playing field."

Miller suffered a torn ankle tendon while practicing on the indoor turf of the Pat Bowlen Fieldhouse six days before the Broncos’ season-opener last year. He missed the entire 2020 season. And while he appears to have fully recovered physically, there’s a mental glitch he still needs to address.

"I know we play on turf during the season and our first game will be on turf versus the Giants and we will have turf games but I didn’t want my first game after injury to be on turf especially with the type of injury that I had," Miller said. "We’ll see. I still have to talk to Vince (Garcia, the team’s head trainer) and coach Fangio and all the guys and see what they think about it. But I’m ready to play, I’m excited to play."

RELATED: Von Miller is a dad

Miller was back practicing the past two days after he was excused early in the week to attend the birth of his first child, a son named Valor B’Vsean Miller. (Von said his mom gave himself and his brother the middle name of B’Vsean.)

"It was a great labor, great delivery," Miller said before giving props to Valor’s mother. "I was super impressed by Megan and the job she did. I always knew how hard it was to have a kid but to sit there and witness it and see all the things that go into it, I was blown away and super impressed how strong she was and how she was able to push through all of that stuff."

If Miller sticks to his grass surface preference, he would play in the Broncos’ third and final preseason game August 28 against the Los Angeles Rams at Empower Field at Mile High. What he saw from the first preseason game last week in Minnesota -- where the mostly Broncos’ backups destroyed the Vikings’ reserves, 33-6 -- gave him hope for better days when it counts.

"I know I’m always super optimistic and I say great things about my teammates and great things about my team," Miller said. "I always have these high hopes and high expectations for my team and my teammates but this game, it’s hard not to feel that way. It’s hard not to feel like we have a great team. None of the starters played except for a few and Jerry Jeudy went crazy, KJ (Hamler) went crazy, Trinity Benson went crazy. Javonte, he went crazy, scored a touchdown in his first game (It was called back by penalty).

"And I’ve been talking about this (rookie cornerback Pat Surtain) guy forever. He gets a pick six in his first game as a Denver Bronco. I’ve been in the league 11 years and I had never witnessed that. He’s going to be a special player. It’s a blessing to be his teammate, it’s a blessing to experience his greatness at this early age. We gotta great team, man. We’ve got great support players as well."