The deal includes a $650,000 reporting bonus for Harris to show up to practice Wednesday. 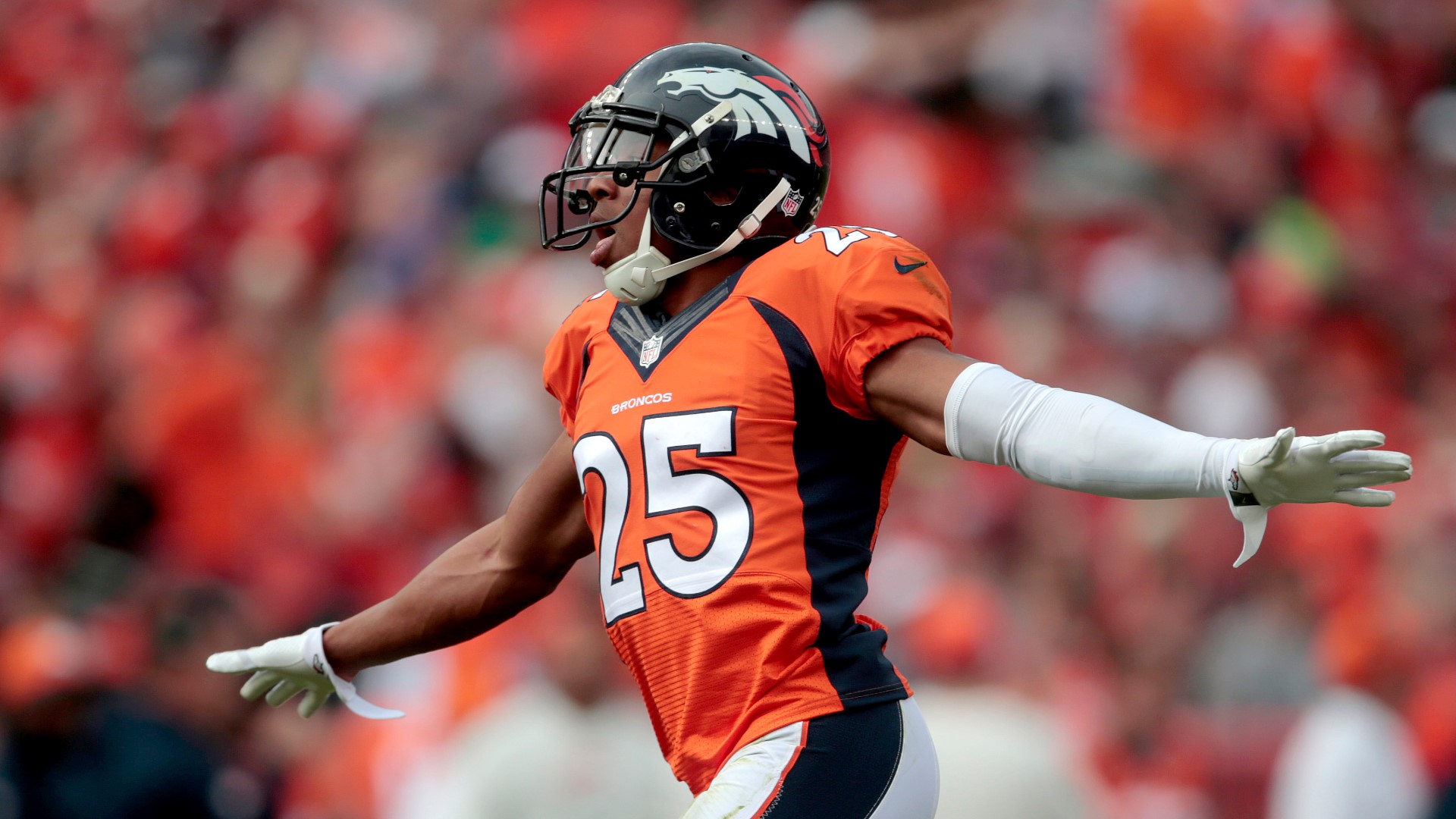 9NEWS was the first to report the agreement.

Sources told 9NEWS that Harris will get $12.05 million in salary and bonuses this season – a 35.4 percent pay raise from the $8.9 million he was scheduled to get in what had been the final year of his old five-year contract.

Some holdouts work out better than others.

"I'm ready to roll,'' Harris said in a phone interview with 9NEWS as he was on his way to a workout in Denver. "I'm ready to get back with the team and start working on the camraderie with my teammates. I'm the 4th cornerback this year (in 2019 cash) and after this season I'll hit free agency and be No. 1.''

“We have a lot of respect for Chris as a player and for everything he’s meant to our organization,” Elway said in a statement. “This contract adjustment recognizes his value to our team and the high expectations we have for Chris as a Bronco this season and hopefully for years to come.”

After skipping the first eight weeks of the Broncos’ offseason program, Harris will show up for the OTA (organized team activity) practice Wednesday.

Getting Harris back for the final week of OTAs helped spur the agreement: As part of their $12.05 million package, the Broncos are giving him a $650,000 a reporting bonus for showing up Wednesday and another $600,000 for reporting to training camp.

Harris also will have the $1 million option bonus he received in March transferred to his new one-year contract, and will have his $7.8 million salary upped to $9.8 million. The $1.25 million in total reporting bonuses accounts for the rest. (Harris did forfeit the $100,000 workout bonus he was to receive this offseason as it was written in his previous contract. So he essentially gave up $100,000 to make $3.25 million for a $3.15 million net).

Credit Frederick Lyles, Harris’ agent, for negotiating a deal that is rare, if not unprecedented. Many a time a team has adjusted a player’s salary downward – meaning pay cut. But teams almost never give pay raises on an existing year’s salary without an accompanying extension.

Teams like to swap out pay raises in exchange for an additional year or so of team control on the player and also to help defray the salary cap hit.

Sources told 9news the Broncos and Harris were initially interested in negotiating a multiyear contract extension. But when Lyles’ opening proposal was for $15 million-plus in average salary and $40 million in guarantees, the two sides immediately realized they were far apart.

Instead of engaging in a prolonged multiyear negotiation, both sides agreed on limiting talks to just this year with the idea of revisiting Harris’ contract at season’s end when he would be eligible for unrestricted free agency.

The Broncos initially offered Harris a $3 million incentive package similar to what they gave him last year. Harris triggered $500,000 of those incentives last year before a season-ending leg injury forced him to miss the final four games.

Harris would not accept an incentive package this year so the Broncos acquiesced by giving him a $2 million salary increase and $1.25 million in reporting bonuses.

With Harris and Lyles, Elway held firm at $12 million for the final week of negotiations. Harris and Lyles eventually lowered their request to $12.1 million on Monday --- $100,000 more than the listed 2019 payout of Broncos new defensive back Kareem Jackson.

The $100,000 separation sat for 24 hours as a stalemate before the two sides split the difference with Elway throwing in an additional $50,000 for Harris at around 5:20 p.m. Tuesday.

That Elway made the unusual step of giving Harris a raise on his existing salary is testament to the general manager taking nothing to chance as he attempts to resurrect the Broncos from back-to-back losing seasons for the first time in 1971-72.

He has hired a new head coach in Vic Fangio. Has doubled down on his quarterback position by trading for veteran Joe Flacco and maneuvering to draft Drew Lock high in the second round.

But Elway didn’t want to offset those upgrades by losing Harris through holdout or forced trade.

There  is little doubt the Broncos are better with Harris than without him. He is a four-time Pro Bowler and a first-team All Pro in 2016, the year after Harris helped the anchor the Broncos’ Super Bowl-winning No Fly Zone secondary.

Harris, who is three weeks away from his 30th birthday, has been disenchanted with his contract the past two years. The Broncos satisfied him last year by adding a $3 million incentive package on top of the $8.5 million he was scheduled to make.

Harris became especially irritated with his contractual payout this year after the Broncos signed the free-agent Jackson to a three-year, $33 million contract on the first day of free agency. Jackson is 31 – one year older than Harris – and has yet to receive a Pro Bowl berth – or four less than Harris.

Harris’ $12.05 million deal for 2019 now exceeds Jackson’s $11 million in average annual salary and in cash payout for this season. The Broncos argued their proposal already had Harris ahead in 2019 cash because the team had pushed $3 million of Jackson’s signing bonus to March of next year. So in straight cash pay out, Jackson is making $9 million on this year’s budget while Harris will draw $12.05 million.