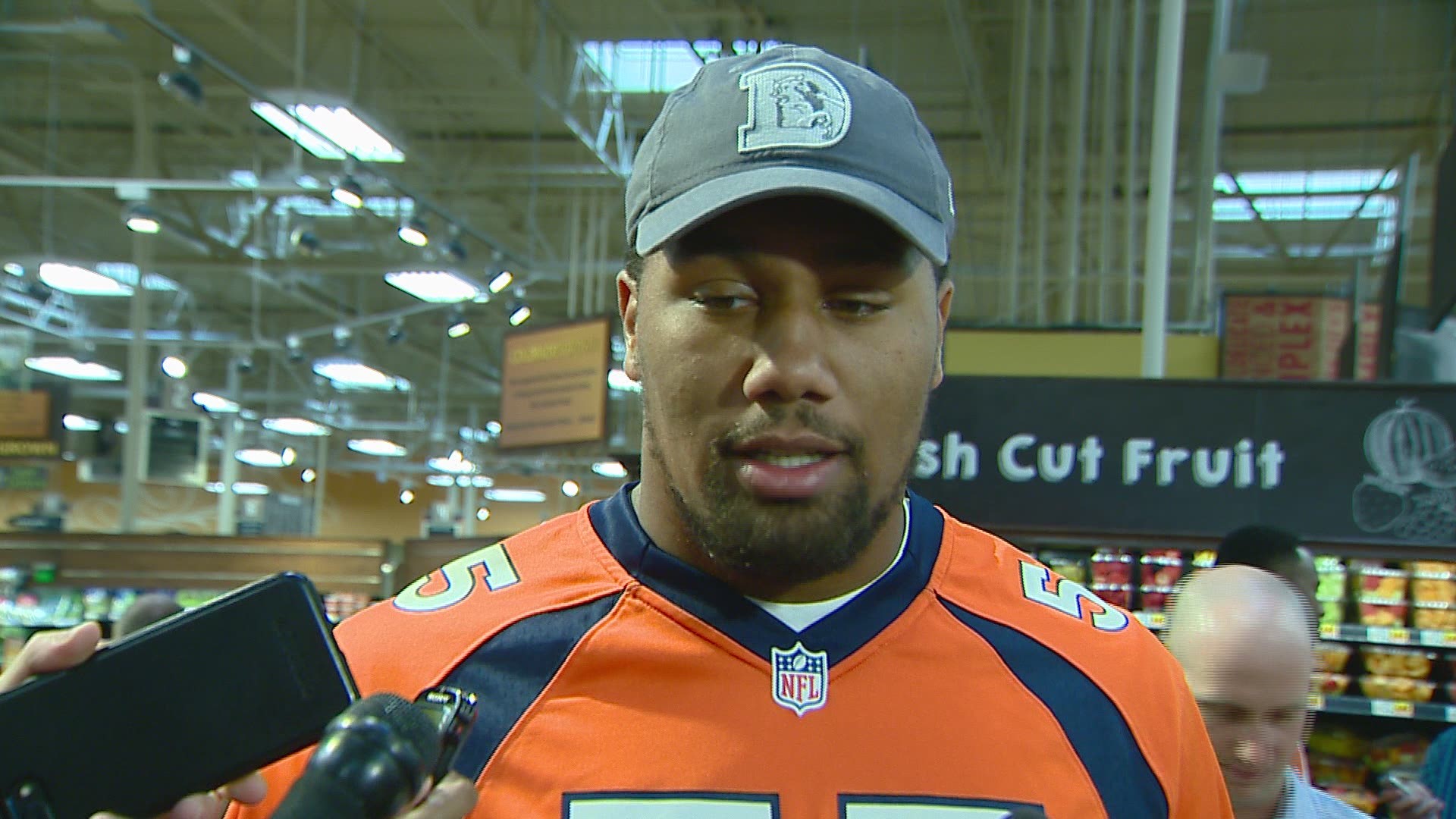 How else to welcome the Denver Broncos’ much ballyhooed rookie class to training camp. Rookies and first-year players coming off practice squads will report Tuesday to the Broncos’ UCHealth Training Center.

“Definitely starting to feel real,’’ said Broncos’ first-round edge rusher Bradley Chubb. “Going into my first camp, I’m excited. Butterflies, all types of things going on so I’m excited to get back to work.’’

Chubb is the most heralded of the Broncos’ promising rookie class. Second-round receiver Courtland Sutton also comes with high expectations. Like Chubb, Sutton was among several Broncos players who participated in a back-to-school shopping spree for kids Monday at King Soopers here.

Sutton was so excited, he talked with commas, not periods.

“I haven’t played real football since December of this past year,’’ Sutton said. “To be able to get back to the grind of – I mean it’s OTAs and minicamp but … to get into the actual grind, everybody knows that August, (late-) July is the start of football.

The veteran Broncos are to report Friday with the first training camp practice to be held in front of what should be a large crowd along the berm on Saturday morning.

Chubb was certain to be the Broncos’ starting outside linebacker after it was announced by the team in mid-June that Shane Ray would have surgery on his injured left wrist June 14 in Houston. It has since been revealed Ray doesn’t need surgery and isn’t expected to miss a regular-season game.

Does that mean the competition between Chubb and Ray for starting right outside linebacker is on?

“The competition is always going to be on,’’ Chubb said. “No matter if it’s me, Shane, Shaq (Barrett), whatever. Everybody’s going to be competing and competing to better each other.’’