Despite belief Bieniemy is top target, George says 'no leader in the clubhouse' for CU's football coach

The KC Chiefs offensive coordinator weighs CU job against his own while school AD weighs Bieniemy against other candidates.

BOULDER, Colo. — While multiple sources believe Eric Bieniemy is the University of Colorado’s primary target to fill their head football coaching vacancy, the man heading the search indicated the process is still in its early stages.

CU athletic director Rick George sent word Sunday to 9NEWS through sports information director David Plati that "no offer has been made. There is no leader in the clubhouse. We’re still in the process of reaching candidates."

Several sources familiar with the search, though, believe Bieniemy is the man to beat.

Credit: AP Photo/Todd Eddick
Colorado's Eric Bieniemy leaps over a pileup of players for a touchdown. He was stopped short of the goal by Notre Dame in the second quarter of the Orange Bowl Monday night, Jan. 1, 1990 in Miami.

9News reported last week that CU first made contact with Bieniemy on Wednesday, the day after Mel Tucker suddenly resigned as Colorado’s head coach to take the same job, at double the pay, for the Michigan State Spartans.

Alabama offensive coordinator Steve Sarkisian has also circulated as a potential candidate but it's unclear whether he's under serious consideration by CU.

CU associate athletic director Lance Carl has been assisting George in the search for Tucker's replacement.

RELATED: Who should be the next CU football coach? 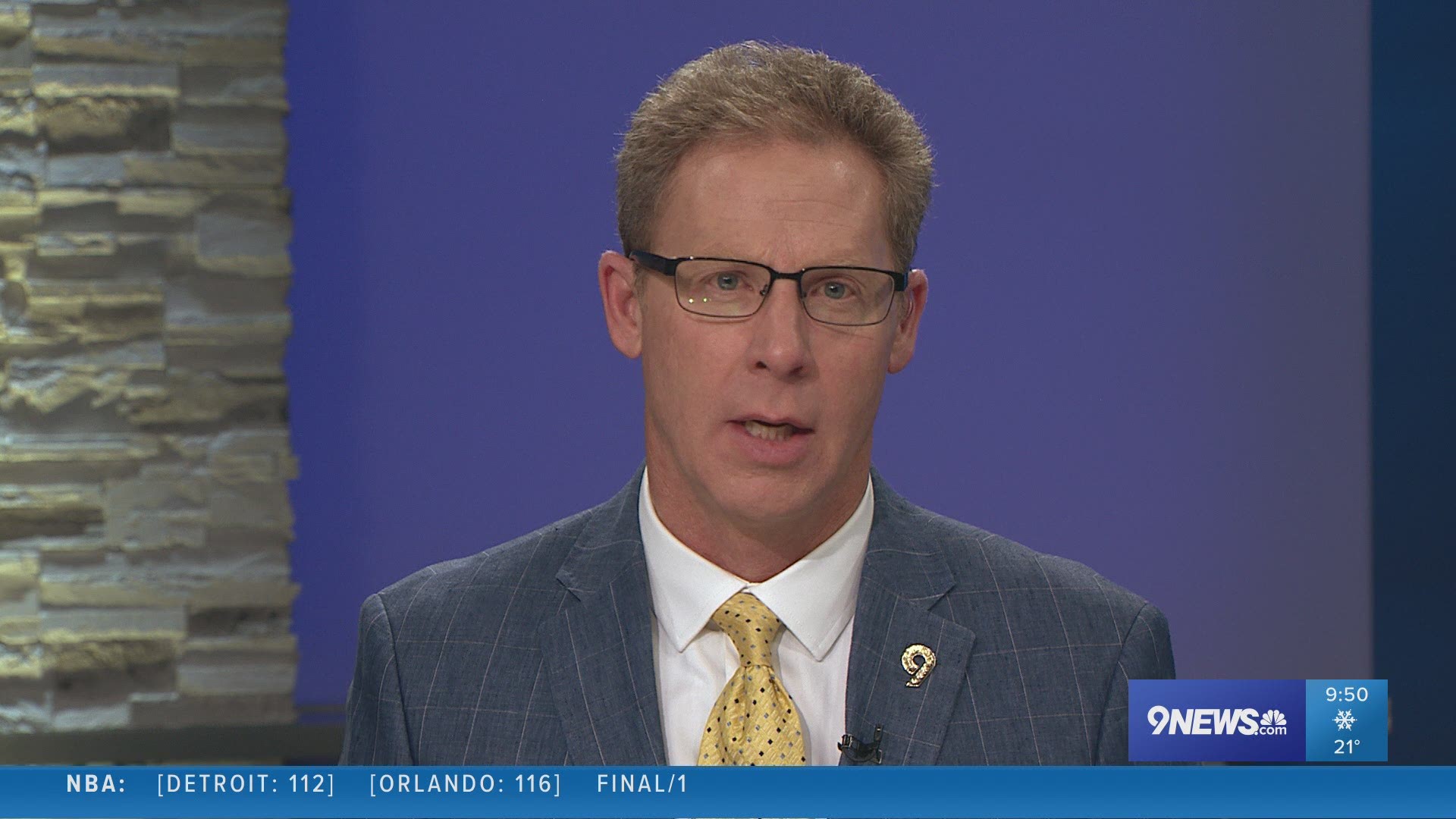 George, who has been recovering from back surgery performed on Monday, is expected to pick up the interview process with other candidates this week.

Then again, he has interviewed for seven NFL head coach openings the previous two years and the end result is he’s still Andy Reid’s top offensive assistant in Kansas City. Which isn’t such a bad gig, especially after quarterback Patrick Mahomes rallied the Chiefs to three fourth quarter touchdown drives to defeat the San Francisco 49ers in Super  Bowl LIV.

After speaking with CU last week, Bieniemy and his family took a short vacation that had been planned long ago. He is expected back early this week.