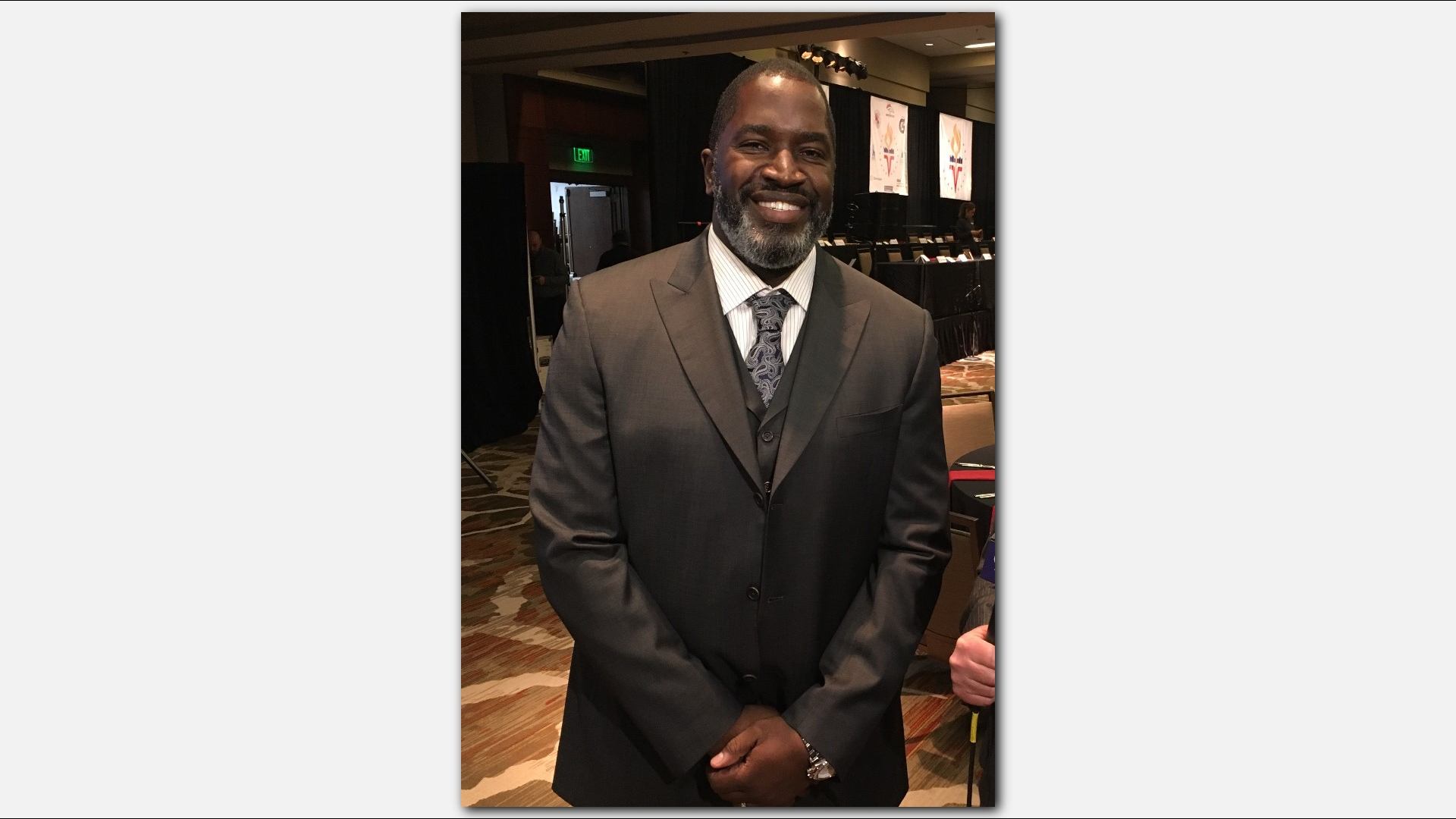 DENVER — In the Holy Trinity list of Colorado football, give extra credit to Daniel Graham.

There have been 18 young men who played high school football in the state of Colorado, college football in our state, and professionally for the Denver Broncos.

The first was Gary Henson, who played at Denver East, the University of Colorado and the Broncos in 1964. The most recent is Phillip Lindsay, who played running back for Denver South High School, the CU Buffs and presently plays for the Broncos.

RELATED: Phillip Lindsay understood his competition for Colorado Professional Athlete of the Year

No. 14 on that list was Graham who played for Thomas Jefferson High School and the CU Buffs before the Broncos made him the highest-paid tight end in NFL history with $6 million per year average contract in March 2007.

“I was a free agent and it came down to Seattle and Denver and why not come home?’’ Graham said Wednesday evening, just before he was inducted into the Colorado Sports Hall of Fame. “This was my favorite team growing up. I loved the Broncos and this was a great opportunity for me to come home and play in front of the fans and my family who got to see me play in high school and college.’’

The reason why Graham deserves extra commendation is he’s the only one of the 14 all-Colorado players whose dad also played for the Broncos. Tom Graham was a middle linebacker who led the Broncos in tackles in his first two seasons of 1972 and ’73.

Then the Broncos selected a middle linebacker named Randy Gradishar in 1974 and Tom Graham moved on. While there are roughly 230 father-son duos who have played in the NFL, Tom and Daniel Graham are the only combo who played for the Broncos.

“My father wanted this night so much,’’ Daniel Graham said. “He wanted this night more than I did. I know he’s proud of me. Wish he could be here. I was just so happy and fortunate to have a father like I did.’’

After snagging 51 catches for 753 yards and six touchdowns for the Buffs to earn first-team All American and the John Mackey Award as the nation’s top tight end in 2001, Graham was a first-round draft pick of the Super Bowl-champion New England Patriots in 2002.

He then developed into the league’s premier blocking tight end in his five seasons in New England. He was part of two Super Bowl teams in 2003-04, when he recorded a combined 68 catches and 11 touchdowns from quarterback Tom Brady.

Graham played four seasons with the Broncos before retiring following his 11th NFL season overall in 2012. Even for someone who played four years in college and had a lengthy NFL stint, an athletic career goes by quickly.

“It did,’’ he said. “I was fortunate and blessed to have the career I did. I met a lot of great people and teammates along the way. I’m thankful for both Mr. Bowlen and coach Shanahan for giving me the opportunity to come home and play for the Broncos.’’

So what is Graham doing these days?

“Just enjoying retirement,’’ he said. “Whatever comes up. Enjoying my kids. Watching my daughter swim so she’s really excited I’m going in with Missy Franklin.’’