Sutton and Miller both scheduled to play in preseason game Saturday at Empower Field in their first game-action since suffering their season-ending injuries in 2020. 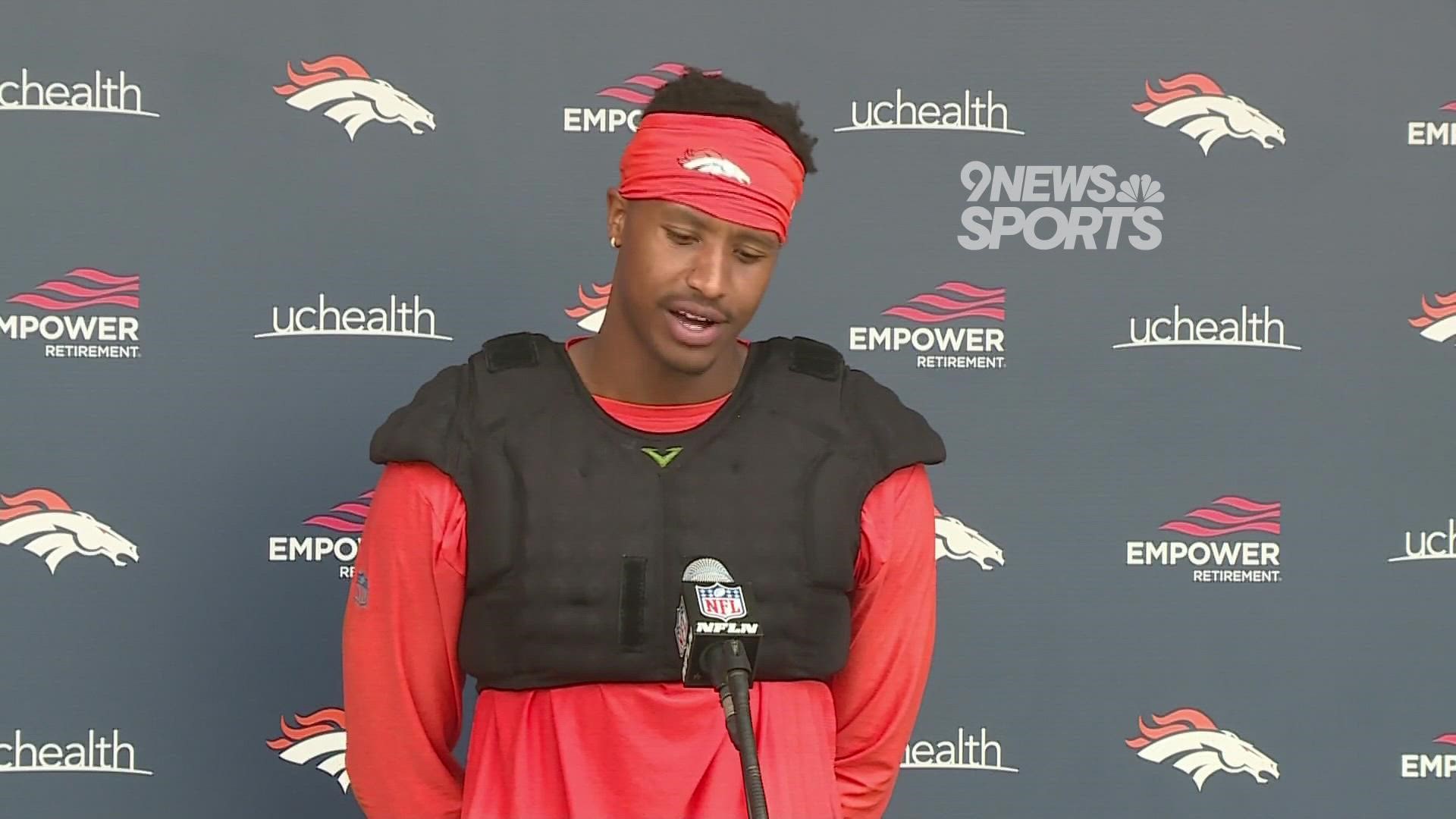 ENGLEWOOD, Colo. — Teddy is new, Javonte and Surtain, Darby and Fuller are new.

Yet, nothing may be more important to the Broncos’ success in 2021 than a Court --land Sutton and Von Miller return of old.

The Broncos’  best offensive and defensive players at this time last year, both would soon suffer season-ending injuries. And both Sutton, the Broncos’ No. 1 receiver in 2019, and Miller, one of the Broncos’ top two players for the past 10 years, are scheduled to make their first game appearance since those injuries on Saturday night in a preseason contest against the Los Angeles Rams at Empower Field at Mile High (kickoff at 7:05 p.m., Channel 20).

Broncos’ head coach Vic Fangio has said throughout the week that both stars would play. That doesn’t mean he won’t change his mind, as he did with so many starters that didn’t play in the preseason opener at Minnesota. But Sutton and Miller are expecting to play.

"I wouldn’t say butterflies, I think it’s more like an angst," Sutton said following practice Thursday. "I have missed the game. I miss. The game. A lot. I know a lot of people say preseason doesn’t count. There’s a lot of opinions about that but I feel like when you’re stepping out on to the field, they blow the whistle, the clock is running -- it’s a game. You better go out there and do your best."

RELATED: Everything you need to know before Saturday's full-capacity Broncos game

Sutton made the AFC Pro Bowl team in 2019 when he had 72 catches for 1,112 yards and six touchdowns. Four days before the 2020 season opener, Sutton landed awkwardly after catching a pass during a simple no defense, pitch-and-catch drill and suffered a sprained shoulder joint. It caused him to miss the week 1 game against Tennessee.

He returned the next week for game 2 at Pittsburgh and had three catches for 66 yards in the first 1 ½ quarters even though he couldn’t raise his arms above his shoulders. When he dropped an eye-level pass because he was thinking about how to manipulate his sore shoulder, the deflection was intercepted by cornerback Joe Haden. A frustrated Sutton chased Haden down – and suffered a torn ACL while making the tackle. Season-ending surgery followed.

After he tests his knee and body for a few plays against the Rams, Sutton doesn’t want a gradual break-in period come the regular-season opener Sept. 12 at the New York Giants.

"I don’t have a pitch count for myself," Sutton said. "I don’t plan on, like, I only want to play 30 plays. That’s the last thing I’m trying to do. If those boys say I can go play, I’m going to be on the field as much as I possibly can."

Miller had a team-record 106 sacks through his first nine seasons, and it’s still 106 after 10 seasons as he tore an ankle tendon during an indoor practice six days before the season-opener against Tennessee. Season-ending surgery followed. He has been ready to play for a while now but he didn’t want his return to come on the turf fields in Minnesota and Seattle, where the Broncos played their first two preseason games.