Broncos No. 1 receiver lost all but one half of 2020 with shoulder and knee injuries but rehab seems to be going well. 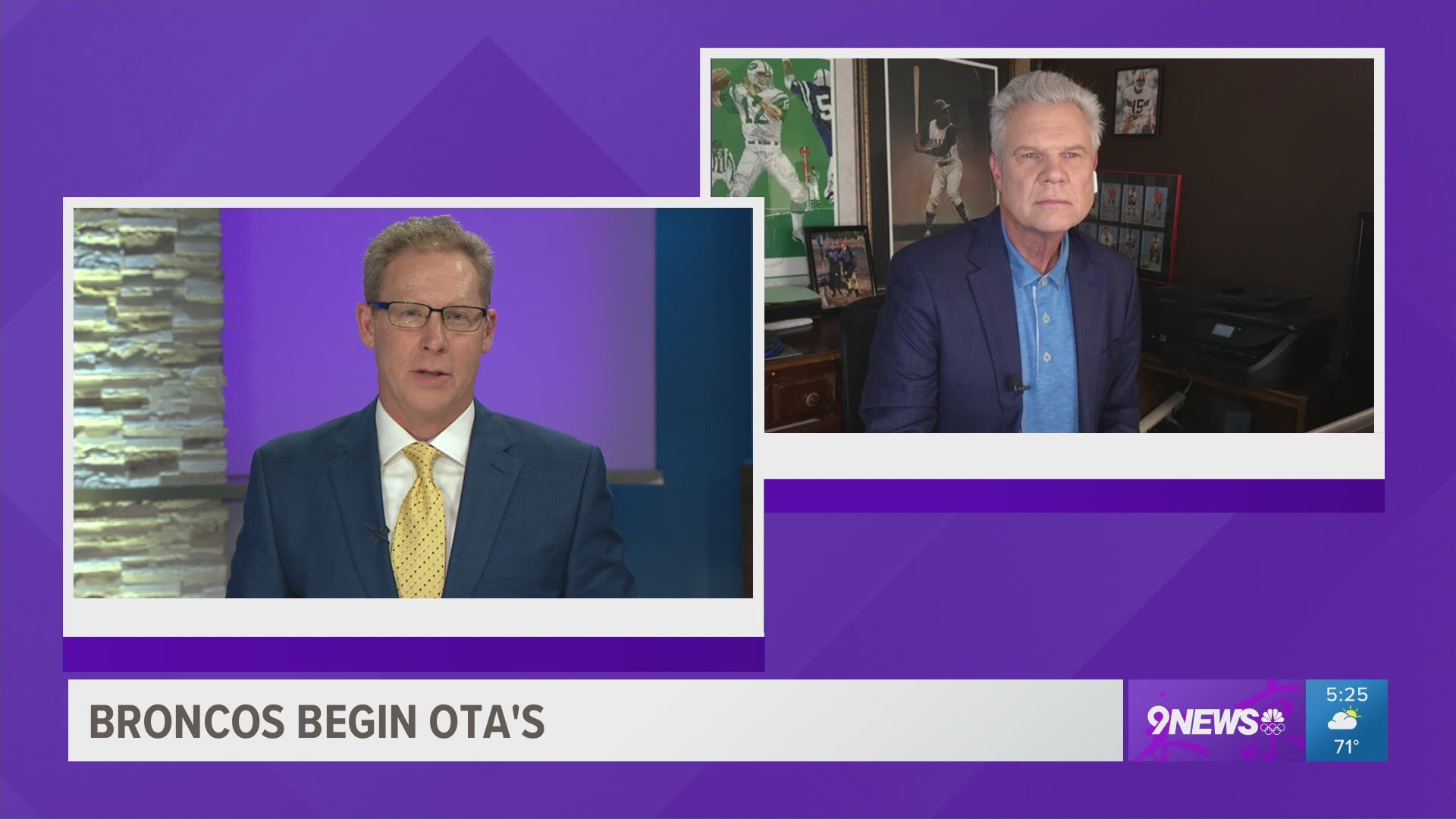 ENGLEWOOD, Colo. — There are comebacks from ACL injuries and there are ACLs suffered by big, physical receivers like Courtland Sutton.

The Broncos’ No. 1 receiver who suffered the knee ligament injury in the first half of his only game last season, Sutton had come off a 2019 season in which he had proved to be a complete, route-tree target.

The play that had always set him apart from other receivers, though, is the 50-50 ball. Through it up like a jump ball and let the best man win.

For Sutton, it’s more like a 70-30 ball. He started outdueling defensive backs for the jump-ball pass as a rookie in 2018 and continued to mix in the acrobatic catches amid the more common slant, hook and out routes in 2019 before he got so mad at himself for a rare drop, he chased his way into an ACL tear on a fluke play last year.

> Video above: Mike Klis on Day 1 of Broncos OTAs.

By all accounts – his head coach Vic Fangio, his on-field video workouts, and himself – Sutton’s rehab is going well. But will he mentally trust his reconstructed knee to go up and get his trademark contested catch in midair?

“Most definitely,’’ Sutton said Tuesday in a Zoom conference call with the Denver media. “I don’t see myself coming back and having any setbacks, any hiccups, or anything where it’s going to be I can’t do that anymore. I’ve working my butt off in rehab and really attacking it so I can come back and not just be to (where I was) before I got hurt. I’m trying to exceed that.’’

The 6-foot-4, 216-pound Sutton was the Broncos’ second-round draft pick out of SMU in 2018. He had 42 catches for 704 yards as primarily a one-catch, go-route-and-get-it receiver as a rookie, then used his long strides for 72 catches and 1,112 yards in his second season, numbers that got him to the Pro Bowl game.

His third season never got started, though. Sutton sprained his shoulder joint while landing awkwardly after making a catch in practice a few days prior to the Broncos’ 2020 season opener against Tennessee. He didn’t play in that game, but returned to play with a sore shoulder in game 2 at Pittsburgh. He was having a nice first half, catching three passes for 66 yards from quarterbacks Drew Lock and Jeff Driskel, but on the final play before the 2-minute warning, more bad luck struck him.

Driskel threw a 15-yard hook pattern to Sutton, who was hit between the hands at eye level. Perhaps because of the difficulty of raising his arms with his shoulder injury, the pass bounced off Sutton’s hands and into the arms of Steelers’ cornerback Joe Haden. Sutton chased down Haden on the interception return, tackled him – and wound up with a torn ACL.

Sutton said little publicly about his lonely and lengthy rehab process until recently. He started catching passes from quarterbacks Drew Lock and Brett Rypien last week during the Phase II period and then this week through the first two OTA sessions.

"I hear all the stories about how ACLs used to be career ending type of injuries,’’ Sutton said. “Then with technology, getting the surgery, seeing the progress day-to-day and month-to-month, seeing all these different things and being able to progress through.  … Just being able to be out there and be hands on with the dudes has been so much fun. It's definitely something that I'm very grateful for, for sure."

RELATED: Bronco notes: All but 2 players show up for Day 1 of OTAs