Fangio: 'We need to fix our entire passing game'

Lock has 0 TDs, 4 INTs in two games since returning from shoulder injury, but Fangio said all 11 players and coaches must share in blame. 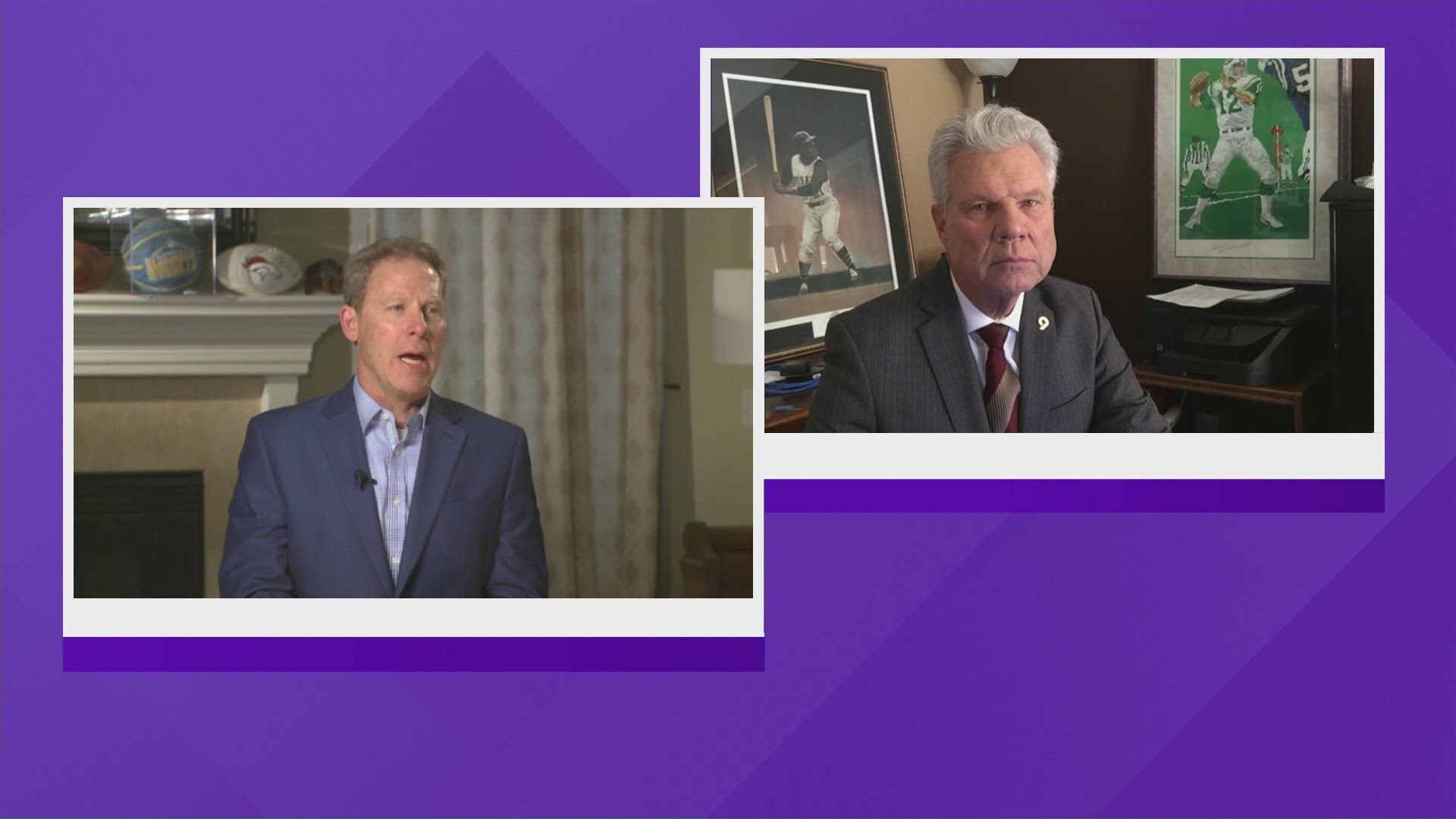 ENGLEWOOD, Colo. — Vic Fangio has a dilemma with Drew Lock.

The head coach must balance sticking with a quarterback whose inconsistency may cost the Broncos a game or two, yet has the talent to eventually become a franchise quarterback who needs to play in order to gain consistency.

"I agree," Fangio said Monday in his day-after-game Zoom media conference. "He’s got to get through these games. The only way he’s going to improve is to play. There’s no other way to improve."

A second-round draft pick in his second year, Lock was 4-1 with 7 touchdowns against 3 interceptions in the final five games of his rookie last season. He then played well in the Broncos’ season-opening loss against Tennessee, but in the two games since he returned from a four-week shoulder injury, Lock has zero touchdown passes against 4 interceptions.

There are 33 quarterbacks who have enough pass attempts to qualify for the passing title and Lock ranks 33rd with a 63.3 passer rating. There are 11 QBs with at least a 101.4 rating and 23 who have a 93.0 or better rating.

Besides his 1-to-4 TD-to-interception ratio, Lock’s 55.9 completion percentage is the worst among the 33 quarterbacks who have started at least three games.

"As a team we need to fix our entire passing game," Fangio said. "We just haven’t thrown it very efficiently the last two weeks. That’s an 11-man operation. That’s us as coaches. We’re all in it together and we’ve got to go to work on that. It has to improve no doubt about it. And as the quarterback he’s the main focus as always but I think we have to keep in mind it is an 11-man operation and us as coaches are involved too. And we’ve got to make improvements there, there’s no two ways about that."