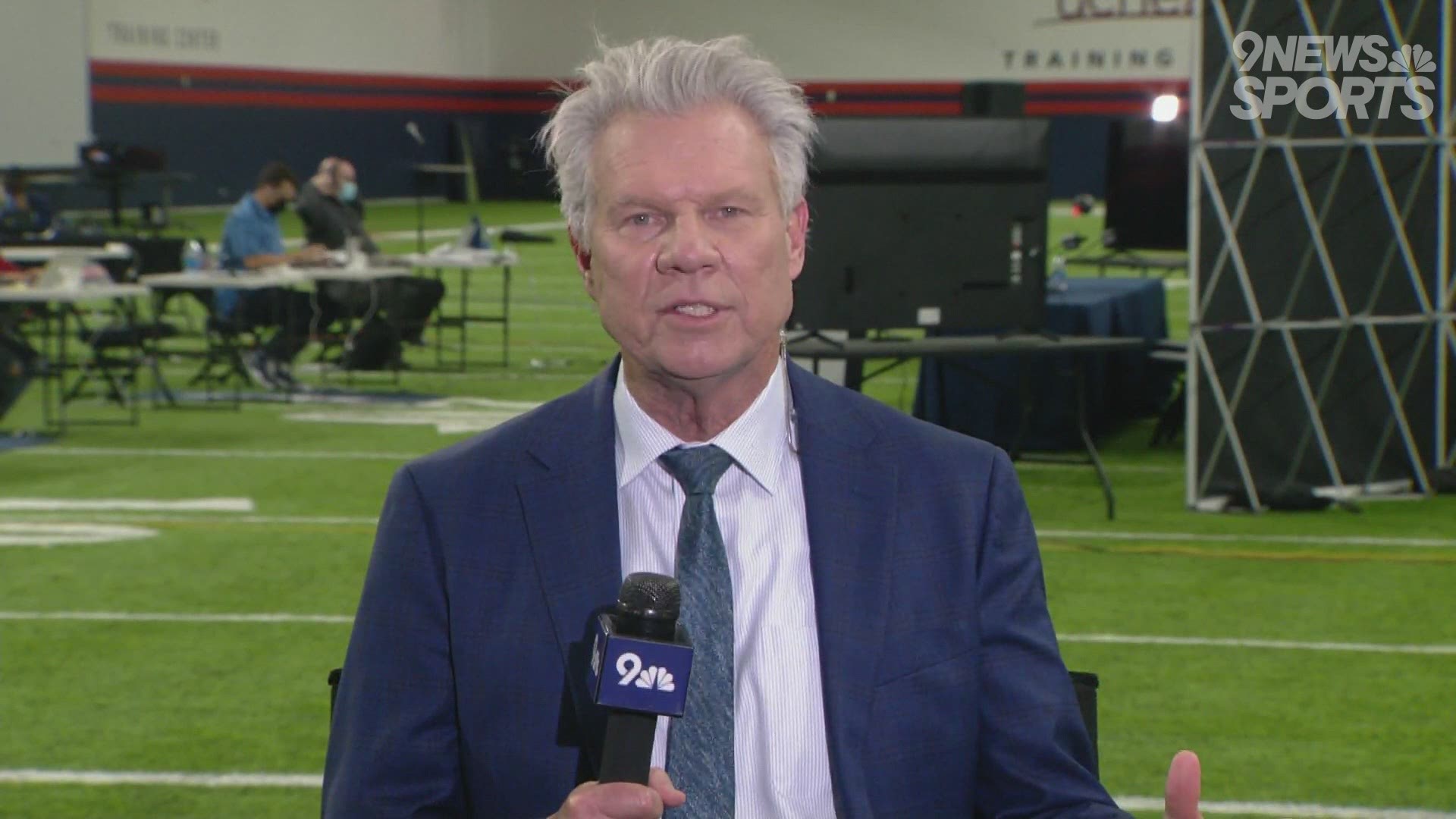 Without much depth behind him, the Broncos used their two, fifth-round draft picks Saturday to take two safeties -- Caden Sterns of Texas with selection No. 152 and Indiana's Jamar Johnson at No. 164.

Both will be expected to play special teams, too.

The Broncos needed depth at the safety position as seldom-used P.J. Locke, another Texas product, and Trey Marshall are the only backups to veterans Justin Simmons and Kareem Jackson.

>>Video above: Mike Klis discusses the Broncos' moves on Day 2 of the NFL Draft

Sterns is a 6-foot-1, 207 safety from Cibolo, Texas who was a three-year starter for the Longhorns. He thought he would be picked earlier.

"The last 24 hours have probably been some of the most stressful moments of my life—just waiting and trying to get that call,'' he said. "It was definitely frustrating. To finally get it, a huge relief came over. Also, to get it from Denver, Colorado, that has always been somewhere that I’ve wanted to go. It will be my first time, so I'm really excited to get there, meet the people and be around the city and the team as well."

His best season was as a freshman in 2018 when he had four interceptions and 62 tackles in 13 games and was named Big 12 Defensive Freshman of the Year. He battled injuries in his next two seasons, while also opting out after 7 games as a junior in 2020, and had just 1 interception over his next 16 games.

"It could be due to the role, and I just wasn't playing how I should have played,'' Sterns said. "I just have to get better, and I will continue to get better."

The Broncos then took Johnson, who had 42 tackles and four interceptions in his junior season of 2020.

"Yes, I know Caden from combine training,'' Johnson said. "We’re all close. I was happy for him. We’re all in a group chat texting Caden congratulations. It's really good for me to go in knowing two rookies on the team already. We already had a brotherhood in Arizona (training), but we are about to take it to Denver now."

In the sixth round, the Broncos took Seth Williams, a 6-3, 211-pound red-zone receiver from Auburn who in the past two seasons combined had 106 catches for 1,590 yards and 12 touchdowns.

He may be a pick for 2022 as current Broncos' Courtland Sutton, DaeSean Hamilton and Tim Patrick are all unrestricted free agents after this season. Williams joins them and second-year receivers Jerry Jeudy, KJ Hamler and Tyrie Cleveland.

"It feels great to join receivers that's already established itself in the league,'' Williams said via Zoom with the Denver media. "Some young talented guys I look forward to coming in and working with."

In the seventh round, the Broncos took another cornerback -- LSU's Kary Vincent Jr., who opted out of the 2020 season -- and another Ohio State linebacker, Jonathon Cooper. General manager George Paton then concluded his textbook "stick to the board" draft by selecting Mississippi State defensive end Marquiss Spencer.

The Broncos then reached agreements with 11 undrafted college free agents, including three from local schools:

The crux of their draft came Thursday when the Broncos used their No. 9 overall, first-round pick on Alabama cornerback Patrick Surtain II. North Carolina running back Javonte Williams was the Broncos' No. 35 selection in the second round Friday. A couple hours later, in the third round, the Broncos took offensive lineman Quinn Meinerz of Wisconsin-Whitewater and Ohio State linebacker Baron Browning in the third round Friday.