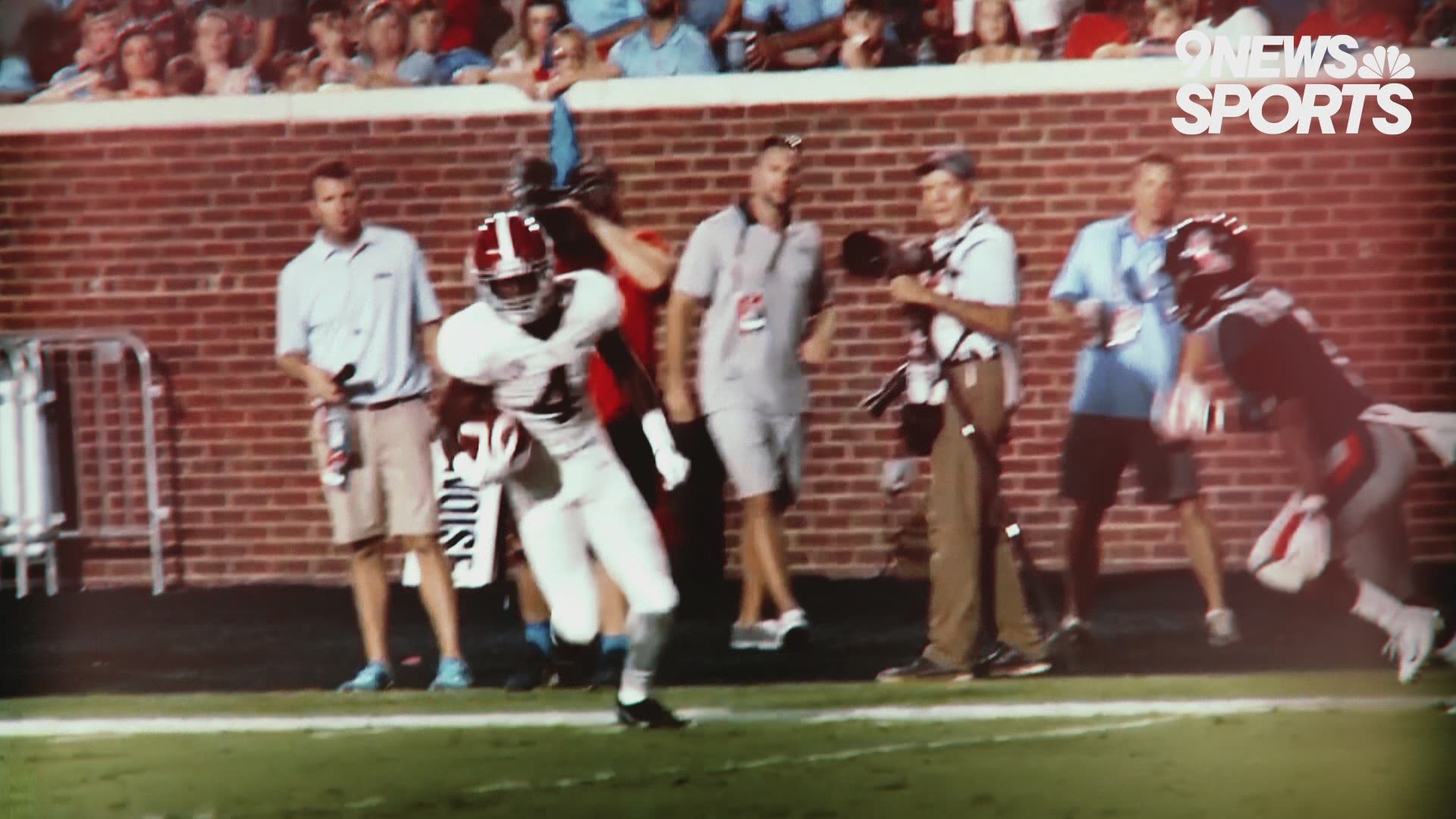 DENVER — Of all the raw deals Drew Lock endured last season, losing No. 1 receiver Courtland Sutton was the worst.

Yes, not having offseason practices or preseason games while trying to adjust to new offensive play caller Pat Shurmur presented serious challenges for the young quarterback. But anyone who watched Lock’s five-game regular season audition to finish 2019 and the Broncos’ shortened training camp in the COVID season of 2020 knows the talented, if erratic passer looked first for Sutton, and then maybe gave him a second look.

Sutton had 40 targets from Lock in five 2019 games, easily the most on the team. DaeSean Hamilton was next with 28, then Tim Patrick with 20.

> Video above: Broncos select WR Jerry Jeudy in the first round of the 2021 NFL Draft.

Lock didn’t target Sutton once in 2020, at least not after he threw a tad high on a practice pattern against no defense, causing the receiver to go up and make a nice one-handed catch, only to come down awkwardly and bruise his AC joint. This was on a Thursday before the season opener, which Sutton missed because of the shoulder injury.

He returned the next week to play in game 2 at Pittsburgh, but when the shoulder pain seemed to affect him on a dropped pass at eye level from backup QB Jeff Driskel, Sutton got so mad his muff caused the interception, he chased down the returner and … ? Blew out his ACL while making the tackle. Ugh. Done for the season.

When new general manager George Paton said in his mid-January introductory statement he thought the Broncos were “a sleeping giant,” inspiration came from the team’s impressive number of young receivers.

Not just receivers. Pass catchers who can do damage. Many teams don’t have one dependable receiver who can consistently stretch the field. The Broncos have three in Sutton, Jerry Jeudy and KJ Hamler, plus two big-play tight ends in Noah Fant and Albert Okwuegbunam. That is, providing Sutton and Albert O., who is also coming off a season-ending ACL injury, return healthy.

As the Broncos’ No. 1 strength is young, home run receivers, they are not expected to be buyers at this position when NFL free agency opens with its negotiating period on March 15. The Broncos addressed the position in a big way last year by drafting Jeudy and Hamler in the first and second rounds, and Tyrie Cleveland in the seventh. (Albert O, a receiver-type tight end, was drafted in the fourth round).

Still, 9NEWS continues its Broncos free agency series by looking at why the team may well stand pat at the receiver position for 2021.

What they have: A return to health by Sutton, and continued growth of Jeudy and Hamler in year two, would lift this unit from good to great.

Tim Patrick is an excellent No. 2-3-4 receiver who proved last year in Sutton’s absence he can also carry the water of a No. 1. Patrick is a restricted free agent and the expectation is he will receive a second-round tender that would pay him an estimated $3.38 million in 2021.

Hamler was hampered most of his rookie season with a hamstring injury, then missed the season finale with a concussion. Still, he flashed difference-making speed with two long touchdown catches in a win at Carolina. DaeSean Hamilton has started slow, and finished strong each of his three seasons. He is also the best run blocker among Broncos’ receivers, which is why he gets a high-percentage of snaps, if not many catches, each game.

Cleveland impressed the Broncos’ coaching staff as a rookie last year to the point he should get more action in year two.

Diontae Spencer is one of the league’s top 5 returners who ordinarily gets two or three snaps, and one touch, a game.

The unknown: There is making a full recovery from ACL surgery, and there is returning to 100 percent as a receiver. It’s because Sutton is the Broncos’ best receiver that his comeback is also the group’s No. 1 question mark.

Possible free-agent help: It’s unlikely the Broncos go here. If Houston made quarterback Deshaun Watson available for trade within the next two weeks, which seems unlikely, and if it happened it was the Broncos who acquired the Texans’ superstar, which would surprise the football universe, then in that scenario no one should be shocked if the Texans wanted Jeudy in return. They can ask, but Paton would do everything he could to keep the talented route runner.

Youth, production and affordability is why the Texans may want him.

RELATED: Copycats: The Fangio defense is spreading throughout the NFL